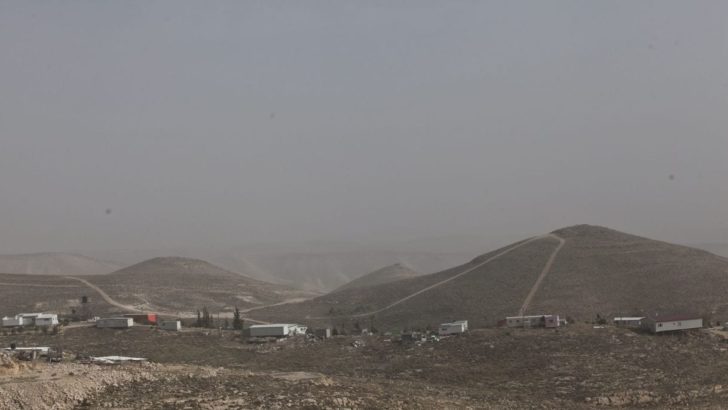 Reposted from the Israeli newspaper Ha’aretz

It’s time to investigate, and then shut down, this quasi-governmental agency, which steals both state and private Palestinian lands to realize its sacred goal of settlement construction.

In the past few months Ha’aretz has published a number of disturbing stories about the way the World Zionist Organization Settlement Division has been stealing both Palestinian and state land. When necessary the agency, which is funded by the state, does not even hesitate to deceive settlers in the pursuit of its sacred goal: putting up more buildings in the settlements.

The Settlement Division’s official purpose is “promote settlement in the periphery.” In fact, a major part of its activity is devoted to advancing the settlements. From the investigative reports published it emerges that it is clearly exceeding its mandate. The division is not making do with the lands the state allocates it, but illegally takes lands that don’t belong to it as enforcement agencies look on helplessly.

Official documents from the division revealed that it allocated over 12 acres of Palestinian-owned land in the Etzion Bloc south of Jerusalem to the illegal outpost of Ma’aleh Rehavam (Yotam Berger, Nov. 13), although the outpost had no claim on those lands. In another case last year the division built 50 apartments near the settlement of Beit Horon on land that was never given to the division in the first place. Although the land was state land, the Civil Administration discovered the construction only after it was completed and the apartments sold.

Even the settlers are not immune to the Settlement Division’s deceptions. Take, for example, the residents of the nine homes in Ofra that were evacuated this year. When those families bought the homes, the division showed them documents indicating that the lands were its lands and that it was facilitating the construction of the homes. Later, when it turned out that the land belonged to Palestinians and the homes had to be demolished, the division evaded any responsibility.

Any other person, company or organization that would methodically behave in this fashion would certainly be prosecuted. But no one has even investigated the Settlement Division. The Civil Administration, Israel’s governing body in the West Bank, has done nothing, nor have the police raided the division’s offices. From Justice Ministry documents it emerges that the state doesn’t even know which lands have been allocated to the division and on which lands it is operating without any authority.

In a properly run state, the police commissioner would have sent his best detectives to the division’s offices in Jerusalem. But in Israel it’s permitted to steal with the law’s protection, so long as it advances the ultimate goal that overshadows all other values; development of the settlements. The Settlement Division is acting like a publicly funded crime organization. It’s time to start treating it accordingly, by investigating it and dismantling it.

The above article is Haaretz’s lead editorial, as published in the Hebrew and English newspapers in Israel on Nov. 15, 2017.

The World Zionist Organization was founded by Theodor Herzl at the First Zionist Congress held in Basle, Switzerland in 1897. It has members and affilates around the world:

The US member of the WZO is  is the American Zionist Movement, an umbrella organization. The AZM’s current executive director is Herb Block (who was Obama’s Presidential Appointee as a Member of the U.S. Commission for the Preservation of America’s Heritage Abroad). The president is Richard D. Heideman, a Washington, D.C. lawyer who has won or settled cases worth billions of dollars against Libya, Syria, the Islamic Republic of Iran and banks accused of “funding terror.” He is a former President of B’nai B’rith International.

Below is a video of last year’s fundraising gala of a major member organization, the Zionist Organization of America: