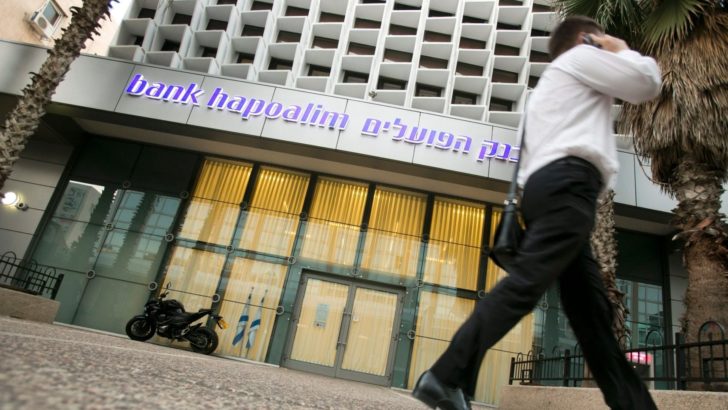 Canadian authority’s offshore compliance department said they are aware of Canadian taxpayers who have used Bank Hapoalim ‘to conceal income and assets.’

Bank Hapoalim announced Tuesday that it will be delaying the publication of its third-quarter financial reports.

While the bank did not give a reason, the delay was announced hours before the news broke of a new investigation by Canadian authorities into citizens who allegedly used the bank to avoid paying Canadian taxes.

Tel Aviv investors also suspect that the delay may be due to the bank reevaluating the costs of the investigation by the U.S. Department of Justice into the bank’s role in helping U.S. customers avoid taxes.

Bank Hapoalim had initially scheduled to release its Q3 results on November 21, the same day as Israel’s other largest bank, Bank Leumi. Instead, it will be delaying publication by a week. While the bank did not give a reason, such delays usually occur due to negative developments at a corporation.

On Tuesday, Canadian media reported that the Canada Revenue Agency has launched an investigation into several Canadian citizens suspected of evading millions of Canadian dollars in taxes via accounts with Bank Hapoalim.

The Canadian citizens were not identified. Apparently the accounts are at Bank Hapoalim branches in Israel and abroad.

The Canada Revenue Agency has sought information from three Canadian banks about customer transactions linked to Hapoalim, Canadian newspaper The Star reported on Tuesday. The Canadian authority wants records of deposits, checks and transfers to Hapoalim accounts starting in April 2011 through September of this year.

Stephanie Henderson, head of the Canadian authority’s offshore compliance department, said they are aware of Canadian taxpayers who have used Hapoalim “to conceal income and assets,” The Star reported.

One individual had accounts at Hapoalim for more than 10 years, and failed to report some $11 million in offshore balances and interest, stated Henderson.

The Canada Revenue Agency has also learned of 114 Canadian taxpayers who made voluntary disclosures involving Hapoalim, involving $59 million in unreported income, on which $17 million in taxes was due, The Star reported.

The U.S. investigations had cost the bank about 1 billion shekels as of the beginning of this year. Since then, the bank hired consulting firm Deloitte and J Stat, and this is likely to cost the bank tens of millions of shekels more.

The bank has since shut its international operations, most recently selling off its Swiss subsidiary.

Bank Leumi had also found itself in trouble with the U.S. authorities, in an affair that ultimately cost it 1.5 billion shekels. Hapoalim had initially said that its case was different from that of Leumi, and that it would wind up paying less money, but this is appearing not to be the case.