You Are Here: Home → Kevin Zeese worked for justice for Palestinians 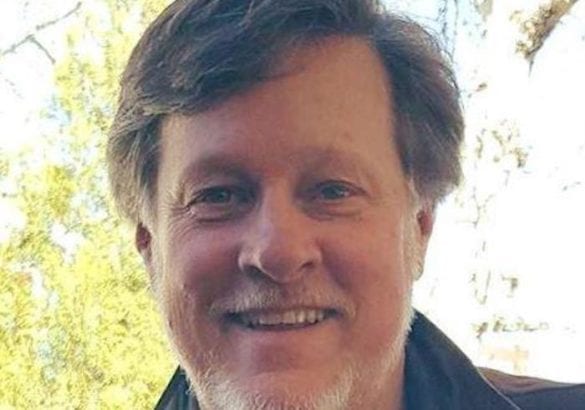 The passing of Kevin Zeese is a profound loss to the diverse movements for a just, peaceful, and compassionate world. Justice for Palestinians was among his goals to make the world a better place for all its inhabitants.

I’m deeply saddened to learn of the sudden death of Kevin Zeese, a longtime activist for human rights, justice and peace. Zeese died of a heart attack early Sunday morning. He was 64.

For the past 40 years, Kevin has worked tirelessly on a variety of issues. One of them was justice for Palestinians.

His life partner Margaret Flowers writes that this weekend he was to write a newsletter “about the extradition trial of Julian Assange, which begins today. Kevin understood the great importance of the prosecution of Julian Assange as a battle that will define journalism in the 21st century and our right to know. He was helping to organize an online event [that] will still take place. You can register for it here. The Facebook page for it is here.”

The Green Party website has one of the best bios of Kevin. It describes his diverse, committed activism, noting that he is the only person ever nominated by the Green, Libertarian and Populist Parties:

Kevin Zeese is a public interest attorney who has worked for economic, racial and environmental justice since graduating from George Washington Law School in 1980.

He co-directs PopularResistance.org which works to build the independent movement for transformational change. Zeese co-hosts, Clearing the FOG radio which airs on We Act Radio, Progressive Radio Network and other outlets. He is recognized as leading activist in the United States in the series Americans Who Tell the Truth.

Zeese was an organizer of the Occupation of Freedom Plaza in Washington, DC in 2011. He serves as president of  Common Sense for Drug Policy and is a co-founder of the Drug Policy Foundation, now known as  Drug Policy Alliance .

He is a co-founder of Health Over Profit for Everyone which seeks to put in place National Improved Medicare for All. Zeese is an advocate of Internet Freedom and is a leader of the campaign for Title II Net Neutrality to ensure equal access and treatment for everyone on the Internet. He is one of the organizers of We Are Cove Point which seeks to stop a fracked gas export terminal in southern Maryland.

Zeese is an election integrity advocate who a co-founded TrueVote Maryland which led a successful campaign to end the use of paperless voting machines in the state. He has challenged the activities of the national Chamber of Commerce through StopTheChamber.org, as well as the activities of Karl Rove’s Americans Crossroads as part and seeking to overturn the Citizen’s United decision, including filing complaints against Justice Clarence Thomas, as part of ProtectOurElections.org.

Zeese is co-founder of Come Home America which brings people from across the political spectrum together to work against war and militarism. He served on the steering committees of the Chelsea Manning Support Network which advocated for the Wikileaks whistle-blower, as well as on the advisory board of the Courage Foundation which supports Edward Snowden and other whistleblowers.

He has been active in independent and third party political campaigns including Peter Camejo for governor of California, served as press secretary and spokesperson for Ralph Nader in 2004 and as a senior advisor to Jill Stein in 2016.  He ran for the US Senate in 2006; the only person ever nominated by the Green, Libertarian and Populist Parties of Maryland. Zeese served as Attorney General in the Green Shadow Cabinet.

Many of the recent tributes to Kevin leave out the fact that he has long been active on Palestine. I remember meeting Kevin at a related event probably around 15 to 20 years ago. Below are a few of his activities for Palestinian justice:

In 2005 he spoke at an hearing by the Council for the National Interest about the dual occupations of Iraq and Palestine. Zeese said a “viable Palestinian state is the basis of peace.” He noted: “The “U.S. does not control the [US-Israel] relationship. In fact, the reverse is true,” he said, “with Israeli leaders often in the driver’s seat.”

In 2006 he spoke about the Israel lobby’s push to attack Iran.

That same year he wrote:

The military action by Israel in the Gaza Strip is designed to terrorize the civilian population. This is openly acknowledged by Israeli officials. It is being condemned by human rights groups in Israel and around the world. Rep. Cardin has been a staunch, consistent and unwavering supporter of Israel. He has voted for the military equipment and financial aid that provides Israel with the ability to terrorize Palestinian civilians. It is now time for him, and others in the U.S. government, to speak out against Israel’s actions.

In 2018 he was part of a group that called on the International Criminal Court to prosecute Israel for war crimes against Gaza. The group stated:

For 70 years [Palestinians] have: suffered the most appalling living conditions imposed upon them by the military occupation and apartheid rule; peacefully resisted the unabated illegal settlements upon their land (at least 80% has been seized since the Nakba); withstood the blockade of Gaza and survived genocidal assaults. Since 1947 the Palestinians have steadfastly and peacefully fought for their safety, dignity, freedoms and Right of Return proclaimed by the UN General Assembly Resolution 194 passed in 1948. The Right of Return, to include damages and compensation, was deemed their inalienable right in Resolution 3236 passed in 1974.

In 2019 he and Margaret Flowers visited the West Bank and wrote:

We spent the last week in Occupied Palestinian Territory, commonly referred to as Israel, where we traveled around the country to visit communities in Jerusalem, Jaffa, Bethlehem, the West Bank, the Nagab, and more.

We call Israel Occupied Palestine because it is not just the West Bank and Gaza that are occupied, but all of historic Palestine, the entire Palestinian nation. Palestinian people do not have equal rights and their communities are constantly encroached upon by settlers pushing them into small, crowded areas. The mistreatment of Palestinians happens right before the eyes of the Israeli Jews. If they do not see it, it is either because they do not want to see it or because they are encouraged not to see it. Just as Jim Crow racism was evident to all in the southern states of the US, apartheid in Palestine is obvious.”

In December of that year, he and Flowers interviewed me for their podcast in a segment entitled: “Occupied Palestine: The Most Enduring Media Cover-up” (the podcast is here, beginning at 30:18). During the interview they observed:

When we were there, we saw fighter planes flying over Jerusalem on their way to bomb Gaza. Over 30 Gazans were killed, including a family. Tens of thousands of Palestinians were displaced from their homes in the recent siege of Gaza. And these so-called rocket attacks, they’re like little pipsqueak rockets. These rockets were a response to an Israeli assassination in Gaza. It’s really amazing they use that as an excuse, but they do.

Kevin also had extremely kind words about If Americans Knew:

If you haven’t visited If Americans Knew, it’s a very deep website. If you ever want to understand a particular aspect of Israel or Occupied Palestine, you’ll find a lot of the facts right there. If you’re ever writing about it, debating it, trying to understand and discuss it with others, it’s a very fact-based and deep web site that serves a very useful purpose for engaging on this issue.

Kevin’s passing is profoundly sad for many people around the United States and the world. His too-short life exemplified the kind of commitment, honesty, and courage that characterize truly good people. He worked to make a difference, and he did.

Rest in peace, Kevin. We’ll try to continue your work.

Zeese’s age has been corrected. The article originally said he was 65, but he was actually almost two months short of that age.