You Are Here: Home → Join the “Tent Campaign” for solidarity with Gaza and truth-sharing

Join the “Tent Campaign” for solidarity with Gaza and truth-sharing 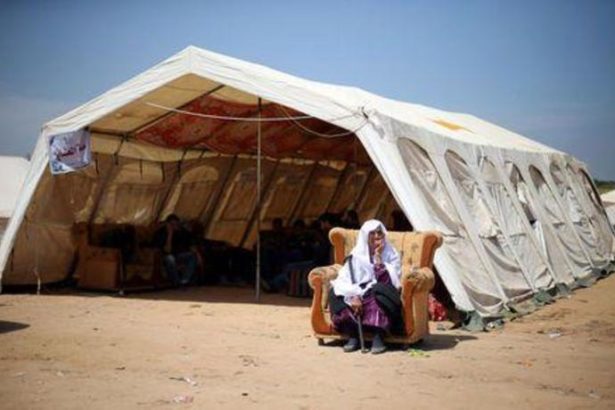 A Palestinian woman sits near the Israel-Gaza border during a tent city protest, in the southern Gaza Strip April 2, 2018. REUTERS/Ibraheem Abu Mustafa

All hands on deck: the Global Campaign to Return to Palestine needs our help to educate Americans about the Great March of Return. They propose a “tent campaign,” a rich metaphor for refugees and demolished homes. Here are instructions, plus an offer from If Americans Knew for free materials to hand out.

Ahead of that moment of critical mass, Americans need to be equipped with an accurate understanding of the situation in Gaza. Without a clear picture, they are bound to fall for the conventional pro-Israel hasbara.

The Global Campaign to Return to Palestine has called on us, advocates with a voice, to spread the word. We need to answer that call.

GCRP PROPOSES a “tent campaign,” in which Palestine advocates erect tents in conspicuous places in our cities, and from there share information with passers-by. These tents are a perfect conversation-starter, since the Great Return March rallies around tents, and symbolize the plight of refugees and those whose homes have been demolished by Israel.

GCRP has put together some excellent suggestions for implementing the tent campaign (below), and each of us can add our own creative flair.

We hope you will take up the standard and advocate for the innocent people of Gaza – and all Palestinians, in the West Bank, East Jerusalem, Israel, and the diaspora. We hope hundreds of tents will pop up all over the United States, and thousands of Americans will learn the facts about the Right of Return, the occupation, and the decades of injustice. 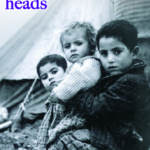 If Americans Knew wants to help you help Palestine. We have created “tent cards” and other materials that you can use, free of charge, to inform and educate those in your circle of influence. 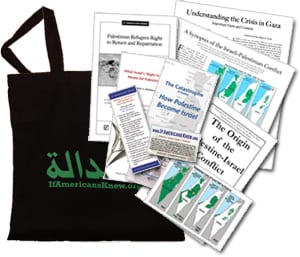 Subject: The Day of Return

As we come closer to the 70th commemoration of the occupation of Palestine and displacing its people by the Zionist gangs, and in the light of the bargain of the century and what preceded it of conspiracies targeting the heroic Palestinian people, we find that it is our duty as civil society organizations to be in the lead of supporting any movement that advocates the rights of this steadfast people who has given more than thirty martyrs and thirty thousand wounded just in Gaza since Land Day Commemoration till now. They were targeted by Israeli snipers, where many have had their limbs amputated and a great number of them has now become permanently crippled.

The Great Return March has become an illuminating point in the tragedy and suffering of the Palestinian people, which also confirms without any doubt that the Palestinian cause is still alive deep down the souls of the generations. This holds us responsible to be an echo for them, all around the world through setting up what we can of cultural and popular activities at this crucial time. Today many imperialist forces are trying to carry out the bargain of the century making Al Quds the capital of the Zionist entity as a first step.

The following are some proposals which we hope from you to spread, share, and develop in a way that we can add ideas to enhance this movement:

The tent of return:

This proposal suggests to set up a tent in one of the public squares in your city in solidarity with the Great Return March in Gaza. And in addition to what the tent means of the symbol of the displacement and right to return, the square in which the tent is to be set up, has to be one of the symbolic places in your capital or city, and we suggest it lasts for a few days so that it helps spread more awareness and attracts more solidarity. There will also be a live broadcast of the activities from Gaza in the tents around the world and the reflection of the tents activities among each other and to Gaza.

The details of the tent:

Objectives of the tent:

Translated to English by Mustafa Hijazi.