You Are Here: Home → It’s even worse than llhan Omar said: The Israel lobby in full 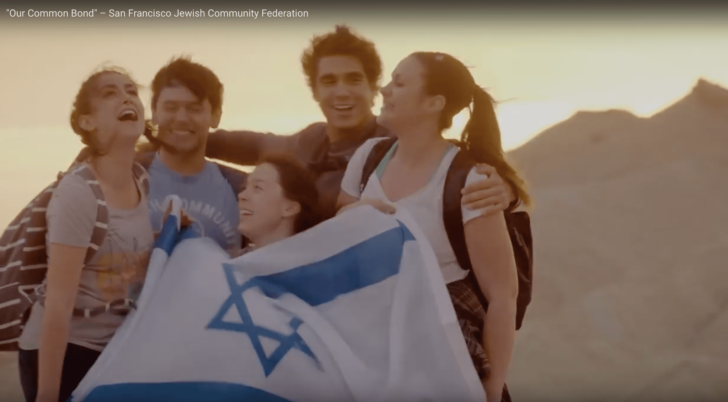 The new Congress member, a Muslim-American who has often been attacked by Israel partisans, suggested that AIPAC is responsible for U.S. politicians’ slavish support for Israel. Her very reasonable tweets caused a firestorm of controversy, powerful leaders attacking her, others supporting her. But the Israel lobby goes far beyond AIPAC and is embedded in organizations throughout the U.S.

Freshman Congresswoman Ilhan Omar has come under fire for a Twitter exchange in which she implied that AIPAC (the American Israel Public Affairs Committee) is the reason that so many Congressional representatives support Israel over American interests and principles.

First, journalist Glenn Greenwald (who is Jewish but has also been accused of being “antisemitic”) tweeted: “GOP Leader Kevin McCarthy threatens punishment for @IlhanMN and @RashidaTlaib over their criticisms of Israel. It’s stunning how much time US political leaders spend defending a foreign nation even if it means attacking free speech rights of Americans.”

Omar then retweeted Greenwald’s tweet (which linked to an Israeli news report) and commented: “It’s all about the Benjamins baby 🎶”

The musical notes at the end of her tweet were because she was referring to a song by Puff Daddy, “It’s All About the Benjamins” (“Benjamins” being a colloquial term for money, referring to the image of Benjamin Franklin on $100 bills).

Among those who immediately called her tweet “antisemitic” was the fervently pro-Israel opinion editor for the Jewish Forward, Batya Ungar-Sargon, who posted a sarcastic tweet saying she’d “like to know” who Omar “thinks is paying [sic] American politicians to be pro-Israel….”

In the tradition of short Twitter posts, Omar responded with one word: “AIPAC.”

Powerful members of the Israel lobby, and those who go along with it, instantly castigated her for her tweets, and have continued lambasting her ever since. Omar apologized.

Many other writers, most much less prominent, defended Omar and said there was no need for an apology.

Some Jewish organizations known for opposition to violent and illegal Israeli actions publicly supported her. One, however, still suggested she had used an antisemitic “trope” and another said she had used “an unfortunate choice of words,” emphasizing that antisemitism “is on the rise” – an ADL talking point that bolsters U.S. support for Israel. (We deeply hope that the claimed rise is not actually true, though we know that bigoted opinions, like all others, ebb and flow. The fact is that the ADL often tars activism for Palestinian rights as “antisemitic.” And there are questions about the explanations for incidents cited by the ADL, as well as about its claims. A major part of the ADL’s mission is to advocate for Israel, which it does in numerous ways.)

Some articles defending Omar describe the power and mission of AIPAC. A few of the pieces also point out that there are others in addition to AIPAC who influence U.S. politicians to support Israel, despite Israel’s systemic discrimination, violation of human rights and international law, and contravention of U.S. laws.

A Quartz article reports that Israel partisans Sheldon and Miriam Adelson gave over $123 million on behalf of Israel in the midterm elections. The article also noted: “The Center for Responsive Politics calls the overall pro-Israel politics lobby one of the most ‘active and well-financed’ groups related to international issues in America.’”

What is the Israel lobby?

As Quartz and the Center for Responsive Politics indicate, the Israel lobby includes much more than AIPAC.

While AIPAC, the Adelsons, and the other billionaires who advocate for Israel are enormously significant, they’re just the tip of the iceberg.

Organizations specifically supporting Israel are active in every state in the union. They are present on most campuses, and in a multitude of towns and cities, large and small. They work to inculcate their members with a pro-Israel narrative, and oppose the dissemination of information that contradicts this.

These groups work to block events on campuses and elsewhere that provide facts about Israeli violence and oppression. They demonize those who provide information they dislike as “antisemitic,” re-writing the definition itself to center on Israel, and they work to silence an honest, full discussion of the Israel lobby.

While a number of authors have discussed the Israel lobby in detail, and described the tragedy it enables in the Middle East and the damage to our own nation, none seem to have provided a comprehensive list of its members (although one lists many of them – see update below).

Several years ago I decided to do this. I began to compile a list of all the groups that advocate for Israel, influencing American perceptions and actions regarding Israel-Palestine. In no particular order, I started an inventory of organizations that indicate on their websites that they support Israel. I also included financial information about each when possible.

I’ve occasionally added to this list through the years, but have not yet listed anywhere near all the groups I’ve discovered (such as these, and the most recent organization, which targets progressive Democrats).

I’ve found the quantity, scope, and financial power mobilized on behalf of Israel that this list represents astounding. See the list here.

As I write in the introduction, the fact is that the pro-Israel special interest lobby is one of the most significant and pervasive in the United States.

It consists of numerous institutions and individuals that work to influence Congress, the President, academia, the media, religious institutions, and/or American public opinion on behalf of Israel, and It has been active in the U.S. for well over a century.

Some of the organizations are official lobbying groups whose primary purpose is to lobby governmental officials for pro-Israel policies. Others are groups or individuals that work to influence the media, academia and/or other power/opinion brokers in a pro-Israel direction.

Still others strive to develop public favor for Israel or inculcate a deep devotion to Israel within Jewish communities (an effort that has swung the numbers within those communities to almost an about-face since the pro-Israel movement began).

Some advocate for Israel full-time; others do it as one portion of a diverse array of activities.

While the entities listed span the political spectrum and range from hardcore supporters of the Israeli right to liberal critics of some Israeli policies, all support and promote Israel.

It’s essential to understand the full extent and power of this lobby. At the same time, it’s important to realize what it’s not.

While In Israel this lobby is called “the Jewish lobby” and virtually every mainstream Jewish organization in the U.S. supports Israel, often claiming to represent all Jewish Americans, the fact is that there are many Jewish Americans and Israelis who oppose Israeli governmental actions, colonialism and imperialism. In fact for many decades most Jewish Americans did not support the political movement that eventually established Israel at the expense of indigenous Palestinians.

The reality is that the Israel lobby works to propagandize Americans of all faiths, races, and political viewpoints with pro-Israel myths.

Turning on the light

The combined power of all these groups is daunting.

The resistance to the attacks on Ilhan Omar suggest that this time around many Americans have awakened to Israel’s oppression of Palestinians, and to the Israel lobby’s destructive power, and are supporting its latest victim.

As an AIPAC insider once said: “A lobby thrives in the dark.”

It’s time to turn on the light. It’s not just AIPAC.

One extremely valuable book does an excellent job of listing and describing what it calls “Israel Affinity Groups” –  these are defined as nonprofit organizations that actively and unconditionally support Israel as a major function.

These groups are projected to have total financial resources of over $6 billion.

This is in addition to the resources of such actively pro-Israel campaign donors Sheldon and Miriam Adelson, Haim Saban, Paul Singer, Norman Braman, and Larry Ellison, who have a combined net worth of close to $115 billion. (And this is an incomplete list of U.S. billionaires who support Israel.)

Added to the other groups that work for Israel as one of several missions and/or that are not registered nonprofit organizations, the Israel lobby would appear to dwarf any other interest group in the United states. It is little wonder that it drives U.S. policies on numerous related topics. Especially since discussing it is always labeled “antisemitic.”

Alison Weir is executive director of If Americans Knew, president of the Council for the National Interest, and author of “Against Our Better Judgment: The Hidden History of How the U.S. Was Used to Create Israel.”  Her articles have been published by The Link, Project Censored, Dissident Voice, Antiwar.com, MintPress News, CounterPunch, Z Magazine, the Washington Report on Middle East Affairs, and others.

The Intercept: There Is a Taboo Against Criticizing AIPAC — and Ilhan Omar Just Destroyed It

…the New York Times’s Tom Friedman, a long-standing advocate for Israel in the American media, once described the standing ovations received by Israeli Prime Minister Benjamin Netanyahu, from members of Congress, as having been “bought and paid for by the Israel lobby”?

… Jeffrey Goldberg, now editor-in-chief of The Atlantic and dubbed “the most influential journalist/blogger on matters related to Israel,” called AIPAC a “leviathan among lobbies, as influential in its sphere as the National Rifle Association and the American Association of Retired Persons are in theirs”?

…. J.J. Goldberg, former editor of the Jewish weekly newspaper The Forward, said in 2002, in reference to AIPAC, “There is this image in Congress that you don’t cross these people or they take you down”?…  Read more