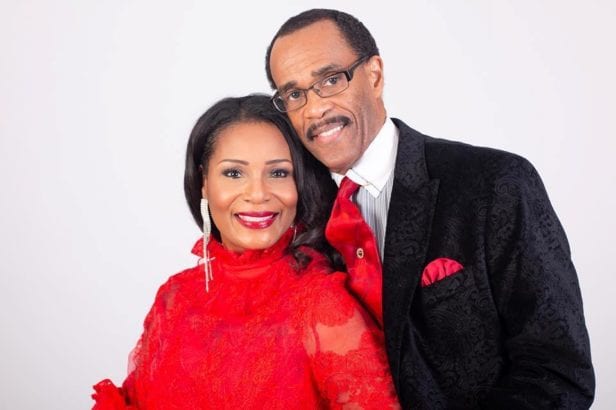 For many decades, Israel partisans have worked to recruit American Christians to support Israel, despite Israel’s dispossession and oppression of Christians during its founding war and in the years since. Even before Israel was established in 1948, there were major efforts to recruit Christians to the Zionist cause.

Many Christian Americans (and Jewish Americans) initially opposed the creation of a Jewish state in Palestine, which would entail the ethnic cleansing of a land whose population was 95 percent non-Jewish. The movement to establish Israel, “political zionism,” formed front groups to overcome this opposition by targeting Americans of all religions and political backgrounds and flooding them with propaganda. There are even indications that the Scofield Bible, which influenced millions of evangelicals to support Israel, was procured by Zionists.

In the years since, Israel’s campaign to recruit Christians has continued, particularly among evangelical Christians. While a growing number of evangelicals today support Palestinian human rights, many are successfully propagandized by Israel and its partisans.

In this exposé, writer Katherine Shihadah, a Christian analyst, exposes how Israel recruited The Church of God in Christ, or COGIC, to embrace Israel.

COGIC is reportedly the largest Black Pentecostal denomination in the United States, with more than 5 million members in the United States. Israel’s Ha’aretz newspaper reports: “Plummer is the first and only African American to have served as chairman and chief executive of the National Religious Broadcasters, an organization that includes more than 1,100 Christian media organizations.”

Shihadah reports that COGIC’s leadership now “includes the newly-minted and first-ever ‘Bishop of Israel,’ Dr. Glenn R. Plummer, who now resides in Jerusalem – and he cherishes his new post.”

Below is an excerpt from Shihadah’s report about how this happened:

“The Plummers’ move from their Detroit home is the culmination of a years-long targeted outreach by pro-Israel organizations to the African American Christian community, including a carefully curated public relations campaign that oscillates between portraying Israel as a victim of Palestinian violence and ignoring Palestinian existence completely.

The mission: American dollars for Israel

Plummer defines his mission in terms of creating mostly commercial ties between African Americans and Jewish Israelis. The two million Muslim and Christian Palestinians who live in Israel do not figure into his plans. As he explains it:

It’s a perfect time to show our support for the Jewish people, and for Israel in particular, and we intend to do that in very tangible ways. There are more than 40 million Black Americans, they spend more than $1.3 trillion a year, so we’re a measurable market, a measurable group of people, easily identified, and we think we can also contribute to the advancement of Israel.” Plummer, pictured in a matching tracksuit and Nike fanny pack, with a member of his congregation during a 2019 tour in Jerusalem. Photo | COGIC

Plummer’s wife, who now claims the title “the first lady of Israel,” adds that the couple hopes to correct what she calls “misunderstandings” about Israel among Black Americans. “God blesses those who bless Israel, she said, “We want to make sure that Black Americans understand that the way to bless Israel is to speak well of Israel.”

Black Americans as a group are primarily Protestant – a characteristic usually associated with robust support for Israel – but also predominantly Democrats, the less pro-Israel party.

Most African American Christians lean left when it comes to the Jewish State. Less than half — 48 percent — endorse Israel, and 27 percent sympathize with the Palestinians.

Although religious teaching in many denominations calls on believers to support Israel, the majority of Black Christians sympathize equally with both Israeli and Palestinian struggles (seventy percent); over forty percent also believe that Israel denies Palestinians their basic human rights and that Israeli laws discriminate against Palestinians (about the same percentage say they don’t know).

The modern African American connection to Israel can be traced back to the late American Rabbi Yechiel Eckstein, who in 1983 created a collaborative charity called the International Fellowship of Christians and Jews (IFCJ). Eckstein has since grown it into a $100 million-a-year organization. IFCJ claims to support the Israeli military, provide aid to needy Jewish families, and promote Jewish emigration to Israel. In 2014, after over thirty years of cultivating support for the Jewish state among White American Christians, Eckstein began pursuing the African American Christian community. He found the work tricky. Black Christians, after all, tend to be Democrats and not supportive of the more hawkish pro-Israel policies for which he sought backing. But Eckstein had a secret weapon.

He targeted COGIC because of one particular doctrine: a belief that the creation of the State of Israel was ordained by God.

By 2015 a group of COGIC ministers, including the Plummers, visited Israel with Eckstein, taking in a hand-picked list of Jewish and Christian holy sites, a bomb shelter in Tel Aviv, and the Holocaust memorial.

In 2017, with financial assistance from Hobby Lobby, another COGIC group visited Israel. Notably, the week-long trip did not include Bethlehem, which is in Palestinian territory, or any meetings with Palestinians. A senior COGIC delegate explained that the purpose of the visit was to focus on the strength of Israel, adding, “that’s not to say the Palestinian issue is not deserving of consideration as well. Anything that helps humanity.”

The itinerary for African American church leaders included a stop in southern Tel Aviv, where most of Israel’s 45,000 African asylum-seekers live. The group discussed the challenges these immigrants faced, including racism and economic inequity. But again, the narrative was incomplete.

Israel has been openly trying for over ten years to stop the flow of refugees from Africa and to deport those already present. Human Rights Watch reported that it “recognized fewer than one percent of asylum applicants,” choosing instead to “bully” them or ignore their applications. The government even funded a wall on its border with Egypt and then initiated a policy of detention and expulsion, housing African refugees in large camps in the middle of the southern desert.

Despite the carefully curated itinerary, one church leader summed up his takeaway from the trip thusly, “[D]espite the achievement of some [Africans in Israel], educational and economic inequity remain.”

Bishop Plummer and his wife made their new home in an upscale Israeli suburb of Jerusalem called Mevaseret Zion, a neighborhood whose backstory is noteworthy if one is willing to search it out.

Before 1948, Mevaseret Zion was the site of the mostly-Arab Palestinian village of Qalunya, population: 1,056. The violent Jewish paramilitary force, the Haganah, destroyed the village as recounted by historian Walid Khalidi, author of “All That Remains: The Palestinian Villages Occupied and Depopulated by Israel in 1948.” The village was one of over five hundred depopulated and demolished in the wake of Israel’s creation. Plummer poses with African members of the IDF in Jerusalem in 2016. Photo | COGIC

Ottoman records indicate that it had been in existence since at least 1596. Its Palestinian farmers grew (and paid taxes on) wheat, barley, and vegetables, and tended citrus and olive trees.

Kerem Navot, a non-profit Israeli group that monitors land policy, recently pointed out that Mevaseret Zion lies partly inside Palestine. But instead of resolving the trespassing issue, Israel recently approved plans for further construction in the town, requiring the appropriation of yet more Palestinian land.

A ‘prayer vigil’ that was illegal and provocative.

On June 4, Bishop Plummer participated in a video conference vigil hosted by Yehudah Glick on the Temple Mount in Jerusalem. Its objective: to pray for racial reconciliation in the United States following the death of George Floyd.

Plummer and his colleagues may not have been aware that following a 1967 agreement, only Muslims are supposed to be allowed to perform religious rituals on the Temple Mount, the site of the Al-Aqsa Mosque and one of Islam’s most revered sites.

In recent years, Israeli radicals have stormed the mosque compound more and more frequently, often under the protection of Israeli police. Despite having exclusive access to the Wailing Wall, a nearby Jewish holy site, they storm the compound under the auspices of a desire to pray in the mosque compound, a move seen by many Muslims as intentionally provocative. Yehudah Glick’s prayer vigil was both illegal and provocative.

Glick also ignored the fact that both the religious establishment and the Israeli government openly discriminate against the Palestinians in their midst to the point that many experts have described the government’s actions as apartheid. And even as Glick urged his listeners to chant “no more violence,” his country observed the 53rd anniversary of its brutal occupation of Palestine.

Israel’s widely publicized narrative of innocence overshadows the reality of its intolerance, though both Israeli and Palestinian historians have chronicled it thoroughly.

The state of Israel displaced 750,000 Palestinians in 1948 simply because they were not Jewish. It defied international law by refusing to allow them to return; appropriated 78 percent of their land in 1948, and occupied the rest in 1967, with no end in sight.

In Gaza alone 7,400 Palestinians have been killed through direct Israeli violence (thousands more due to lack of food and medicine caused by the now fourteen-year-old blockade); during the same time period, about 250 Israelis were been killed by Palestinians in Gaza.

Glick mourned the May 25 death of George Floyd and the nationwide unrest in its aftermath. He left unspoken the name of Eyad al Hallak, a disabled Palestinian man executed by Israeli police on May 30 in Jerusalem – not far from where Glick’s own vigil was held.

Shihadah’s report was originally published by Mint Press News. Shihadah is an editor and staff writer for If Americans Knew.