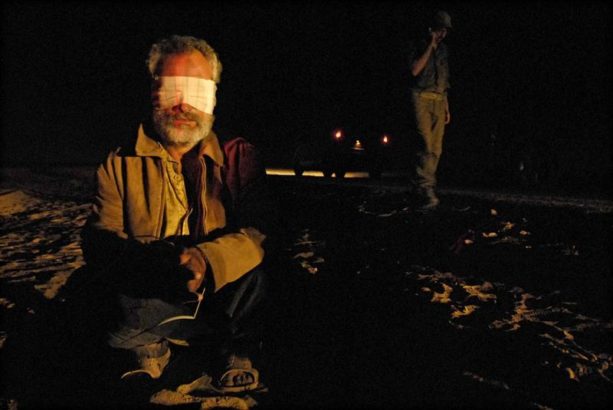 Israel has detained 18 Palestinian residents of Gaza under the Internment of Unlawful Combatants Law since its 2005 disengagement with the Gaza Strip. A Beersheba district court on December 16, 2016, issued a second six-month renewal of the detention of Munir Hamada, the only person currently detained under the law. The court accepted the government’s determination that he was a threat based on a secret Israeli intelligence report that was not made available to Hamada’s counsel. Israel also continues to hold hundreds of Palestinians from the West Bank, including East Jerusalem, and Israel in a different form of administrative detention without charge.

“The court’s continued application of the Unlawful Combatants Law against Hamada evidences the judiciary’s role in providing legal protection for Israel’s policies in the occupied Palestinian territory that violate international law,” said Issam Younis, director of Al Mezan Center for Human Rights. “This law provides the Israeli military with a legal framework to incarcerate civilians without the protections pertaining to fair trial and based on mere suspicion, not evidence. This law needs to be abolished.”

The Knesset enacted the Unlawful Combatants Law in 2002, in part to permit the prolonged detention without charge of two Lebanese nationals after the Supreme Court held in 2000 that the Israeli military could not hold Lebanese detainees solely as “bargaining chips” for the return of missing Israelis. But Israeli officials have since used the law to detain Palestinians from Gaza for renewable periods.

The law, amended on July 30, 2008, permits the chief of the general staff of the Israel Defense Forces to incarcerate a person based on “reasonable cause” that “he is an unlawful combatant and that his release will harm national security.” The law defines an unlawful combatant as a person “who has participated either directly or indirectly in hostile acts against the State of Israel or is a member of a force perpetrating hostile acts against the State of Israel.” The law provides that an Israeli civilian court must review the incarceration order within 14 days and subsequently every six months and entitles the detainee to appeal the district court’s decision to the Supreme Court.

The law’s presumptions, though, constrain the scope of the judicial review even more than under the restrictive administrative detention system that the Israeli military government in the West Bank and Israeli criminal law impose on Palestinians in the West Bank and Israel. The 2002 law states that the court presumptively accepts the Defense Ministry’s finding that the organization in question is a “hostile” force and that membership makes the detainee “a person whose release would harm State security.”

These presumptions impose the burden on the detainee to prove that they are not a threat, instead of placing the burden of proof on the state authorities, as international human rights law requires. The secrecy of the evidence makes it virtually impossible for the detainee to meaningfully challenge the allegations. In addition, the scope of the court’s review in a detention renewal hearing is limited to determining whether the authorities’ use of discretion was reasonable, which is even further limited by the law’s presumptions.

Israeli forces have held Hamada, a 50-year old merchant and father of eight from the al-Shatea refugee camp in Gaza, since detaining him at the Erez Crossing on November 8, 2015, as he sought to travel to the West Bank for medical treatment. The Beersheba court accepted the government’s claim that Hamada was a senior operative involved in the Islamic Jihad Movement’s (PIJ) military activities and was therefore a national security threat. The judge wrote that “[a]ll that can be said, given the confidentiality of the information presented to me… is that… decision makers were privy to material that can, reasonably and then some, substantiate a determination that national security justifies leaving the incarceration order intact.”

These standards prevent the court from reviewing the government’s determination that Hamada individually poses a threat, as required for lawful administrative detention under international humanitarian law. International law does not recognize the status of “unlawful combatant,” but sets out protections for civilians engaged in hostilities in the Fourth Geneva Convention that would apply to Palestinians from Gaza held under the Unlawful Combatants Law. Under the Fourth Geneva Convention, the occupying power may use administrative detention “for imperative reasons of security.” In practice, the Unlawful Combatants Law strips individuals of the rights and protections guaranteed in international humanitarian law for prisoners and detainees, including the status of internees, or civilian detainees, under the Fourth Geneva Convention.

The International Committee of the Red Cross, in its authoritative Commentary to articles 42, 43 and 78 of the Fourth Geneva Convention, stresses that detention must be based on an individual determination that the person is dangerous, highlights the “exceptional character” of this form of detention, and sets out the right of appeal. The Israeli Supreme Court held in 2008 that international humanitarian law requires “a personal threat to state security” to justify administrative detention and that, even when basing detention on group membership, courts must consider “the prisoner’s connection and the nature of his contribution to the cycle of hostilities of the organization in the broad sense of this concept.” In a 2009 letter to the Israeli human rights organization B’Tselem, Israel’s Justice Ministry stated that it only uses administration detention when it determines that a person “poses an individual threat.”

The United Nations Human Rights Committee, which interprets the International Covenant on Civil and Political Rights, to which Israel is party, has stated that, in the strictly limited circumstances in which administrative detention is permitted, “the burden of proof lies on States parties to show that the individual poses such a threat and that it cannot be addressed by alternative measures, and that burden increases with the length of the detention.” It also said that as a bare minimum of due process, the essence of the evidence used to justify detention should be disclosed to the detainee.

In 2016, the UN Committee Against Torture referenced Hamada’s case and urged Israel to “take the measures necessary to repeal the Incarceration of Unlawful Combatants Law.” The committee expressed concern that administrative detention and the Unlawful Combatants legislation may deprive “detainees of basic legal safeguards as, inter alia, they can be held in detention without charge indefinitely on the basis of secret evidence that is not made available to the detainee or to his/her lawyer.”

The duration of the occupation of the Palestinian territories, which turns 50 this year, raises further questions about Israel’s broad use of these supposedly temporary and exceptional humanitarian law measures that violate the right to due process under international human rights law.

“The Unlawful Combatants Law is administrative detention with even less protection for detainees than the restrictive regime in the West Bank, leaving almost no basis for judges to void intelligence agency decisions,” said Sarah Leah Whitson, Middle East director at Human Rights Watch. “Although only a single Palestinian from Gaza is currently held under the Unlawful Combatants Law, it provides the Israeli authorities with expansive detention power to use whenever they choose.”