You Are Here: Home → Iran conference: Putting Palestine back on the map

Iran conference: Putting Palestine back on the map 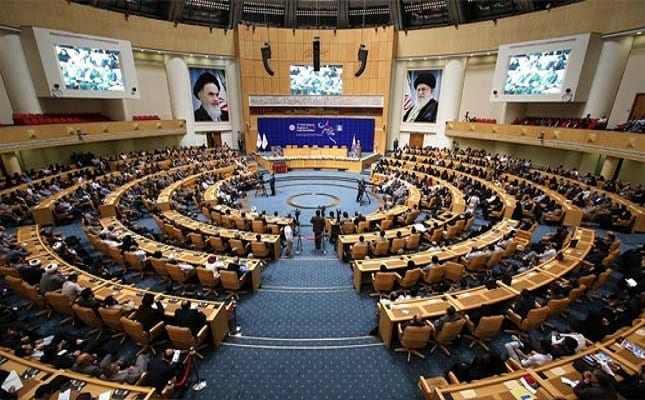 Journalist Hafsa Kara-Mustapha attended an international conference on Palestine in the Iranian capital Tehran last week. She argues that despite all the demonization against Iran, the country stands out from all others as a supporter of the Palestinian cause. This article was originally published by 5Pillars:

One of the late Ayatollah Khomeini’s first executive decisions, following the Islamic Revolution in Iran which ousted the US-friendly Shah in 1979, was to shut down the Israeli embassy and replace it with the embassy of Palestine.

This decision would set the tone for Iran’s policy towards the Palestinian cause as well as US imperialism in general. Thirty eight years later, Iran’s commitment to Palestine hasn’t faltered where elsewhere it’s been put on the back burner.

Last week, Tehran hosted the “6th international conference in support of the Palestinian Intifada” indicating that despite all the major issues it faces, not least renewed rounds of sanctions from the US coupled with fresh threats of military intervention, its support of the Palestinians remains unwavering. The gathering was a timely reminder that for all of the region’s problems – exemplified today by the carnage in Syria – Palestine should not be forgotten.

Delegates from over 80 countries attended the impressive setting which brought Iran’s top political establishment to the fore. The inaugural speech was delivered by Ayatollah Sayed Ali Khamenei, Iran’s leader. His declaration was, as expected, imbued with strong Islamic references while indicating astute political awareness of both the Palestinian struggle and the difficult context in which it was taking place. 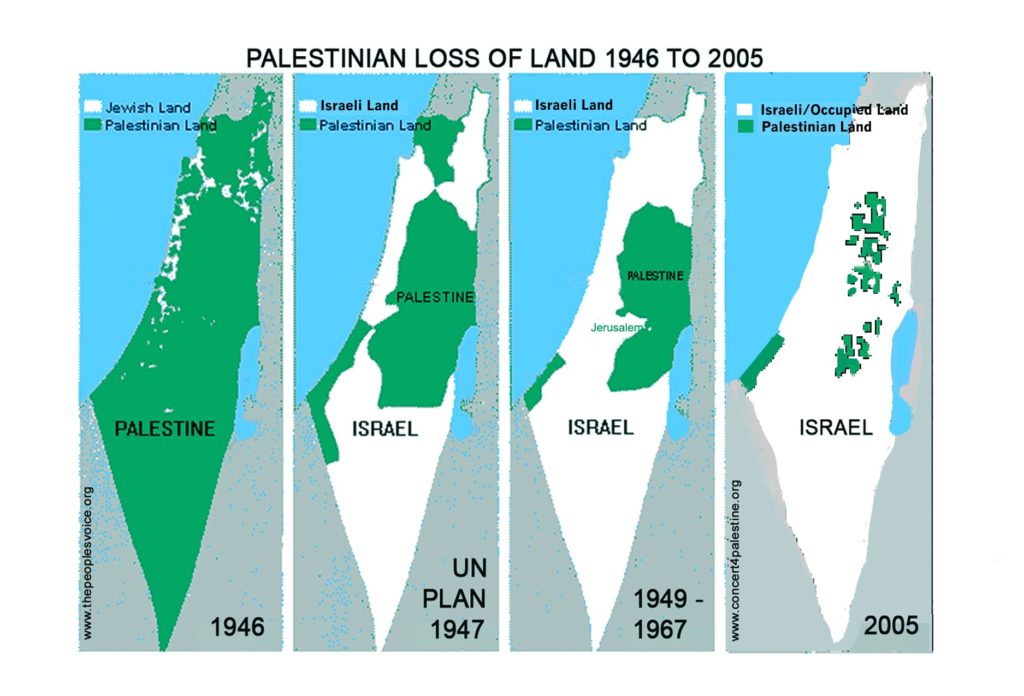 His and his country’s support was unequivocal. Khamenei said what many Arab leaders failed to state in recent years: that the Palestinian cause should never be conditional on any political alliance. “Our duty, he reminded the large audience, is to support the beleaguered Palestinian people, regardless of what is happening elsewhere.”

That in itself was a powerful statement. Over the years, every single upheaval that has shaken the Middle East has seen Palestinians bear the brunt of the turmoil. From the invasion of Kuwait by Saddam’s forces in 1990 which lead to a mass purge of Palestinians from the Gulf states, to the more recent events in Egypt which saw the Arab stalwart come under the leadership of what many are calling an Arab Zionist. And the “Arab Spring” has no doubt inflicted further damage to the cause now that the region is split along sectarian and tribal lines.

Iran’s leader, as well as his president Hassan Rouhani and the head of the parliament Ali Larijani, reiterated that it was a Muslim duty and that all principled peoples should support a population suffering ongoing occupation and suffering. The importance of Muslim unity was central to the Iranian leadership’s message, reminding those present that in unity lies success while division breeds chaos.

This message makes the rise in recent sectarianism all the more salient. A united Muslim region which could rally against a common enemy would present a formidable challenge to those looking to strengthen Israel and its hegemonic ambitions across the region. Instead, from across the Muslim world self-appointed arbiters of the faith are going around declaring who gets to be anointed “Muslim” and who can be excommunicated, all the while giving Israel and imperial nations a free pass in the destruction of the region.

But what of Iran’s support for essentially Sunni Arab Palestinians? That support is denounced as “calculated” by those who from the sidelines have enjoyed watching those very sponsors of Israel collaborate in the destruction of Afghanistan, Iraq, Libya and today Syria. Calculated or not, a major conference in support of Palestine hosted by oil-rich Saudi Arabia would have been welcomed; instead it was left to the Persian powerhouse to inject some much-needed energy back into the Palestinian cause now left almost exclusively in the hands of liberal Westerners whose support comes in the shape T-shirt sloganeering and boycotting goods. Of course despite Iran’s unwavering support for Palestine and the costly consequences to its economy there are those who view it with suspicion. Iran’s ongoing alliance with Damascus, agreed long before 2011 and which enshrined bilateral agreements in times of trouble and peace, are seen exclusively through the prism of “Shia sectarianism.”

Of course, all efforts to weaken Israel and its occupation should be welcomed, but Ayatollah Khamenei insisted endless compromises are what destroyed a once proud and legitimate resistance movement. And that of course has been proven right. Close to 30 years since Oslo and what of the Palestinian people and their ongoing suffering? 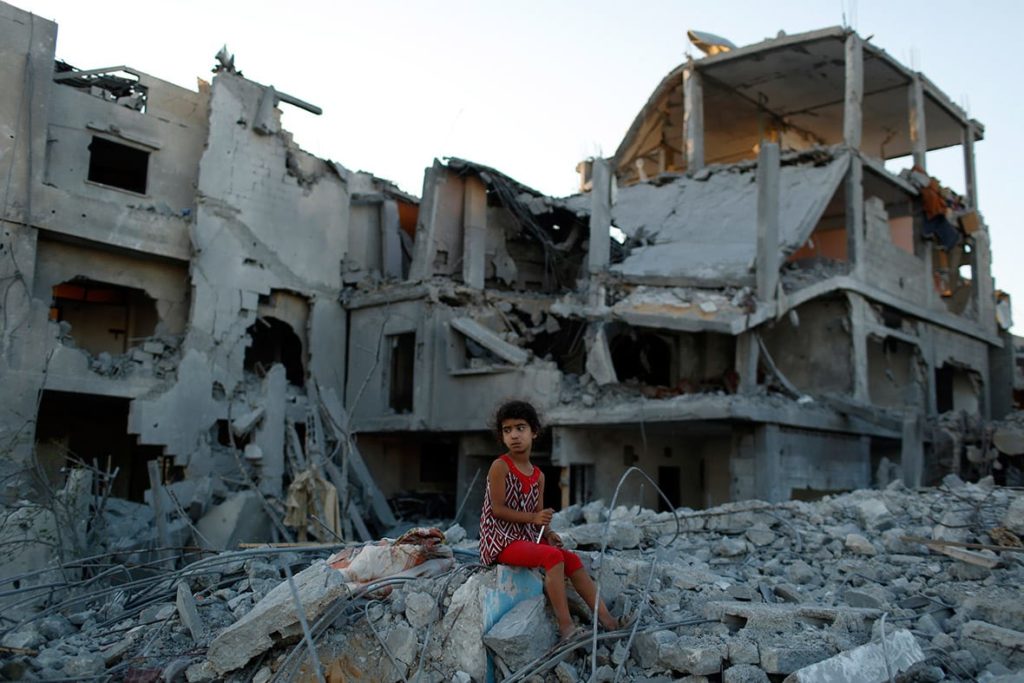 In the case of Palestine Iran has remained faithful to the language of resistance, a position gradually disappearing from other Middle Eastern circles keen to adapt to Western demands. Iran’s uncompromising stance is where the country stands out – it has actually armed Palestinians and Lebanese groups which have fought Israel, and doesn’t just confine itself to charitable handouts.

“I’ve never spoken so much about spiritual values as I have in the past two days,’ boomed one American author, visiting Iran for the first time.

Iran remains faithful to all that the “Enlightened” West no longer is, and it is unapologetic in that. Islam is at the core of the Iranian Republic and if you want to engage constructively with the 77m strong population you are going to have to respect that.

In his appeal to remain faithful to the principle of resistance, there was no attempt to hail the flags of the latest “cause celebre.” Supporting Palestine is not about LGBT flags or bake sales in a community centre; resistance is what lead Vietnam or Algeria to be liberated from French occupation. The only organisation that has successfully freed its land from illegal Israeli occupation is Hezbollah which was present in force at the conference (as was Hamas, the PLO and Palestinian Islamic Jihad) and happy to reiterate its support for Palestinian liberation.

Lifting the veil on Tehran 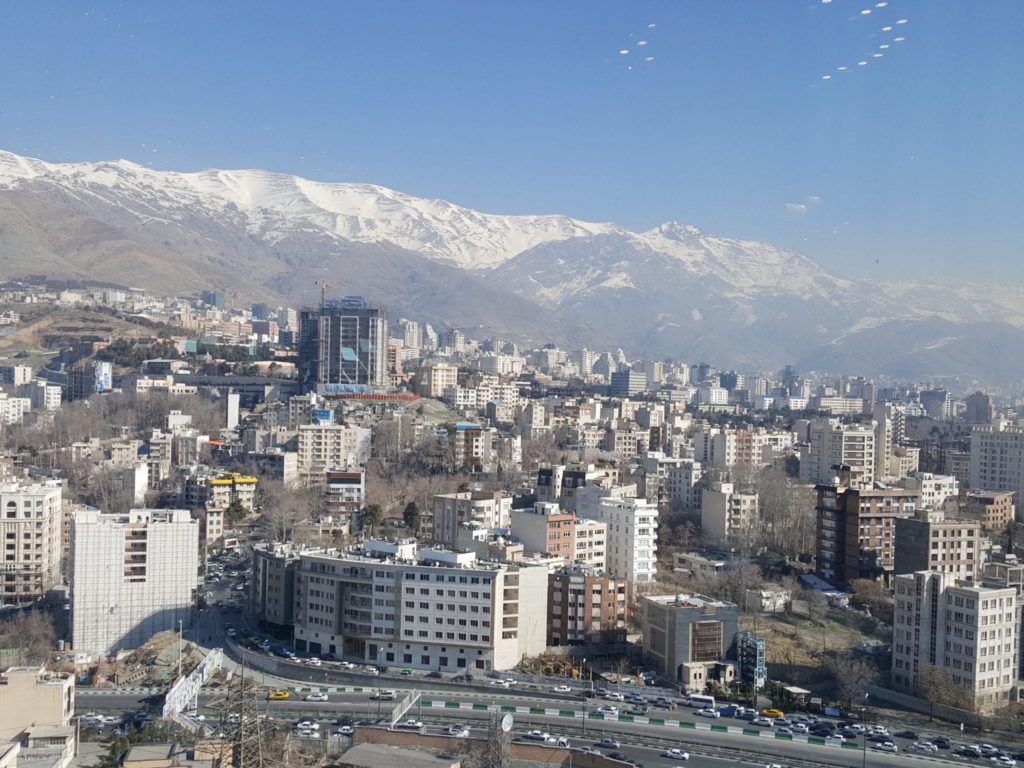 Meanwhile, the streets of the capital tell their own story. Enveloped in a long chain of snowy mountains, Tehran could be mistaken for one of those cities that sit at the bottom of the Alpes until a proud minaret reminds you that you are in a Muslim country.

A bustling city with fast food chains and fancy shops, Tehran goes about its daily business amid chaotic traffic and the inevitable “East-West” dichotomy. Iranians are proud of their nation and history yet crave acceptance and respect from others who refuse to see them as equals.

Young Iranians are quick to exhibit their knowledge of Western music and literature as if to say: look we are modern too; unaware that their knowledge is no doubt far superior than their counterparts in the West who are too busy watching X Factor and the Kardashians to appreciate their own literary giants the way Iranians do.

And perhaps that is the problem, Iranians continue to view a technologically-advanced West as a beacon of intellect, not realising that while their elites encourage education, Western ones are more concerned in maintaining it only for the privileged few while coaxing the vast majority of their peoples to remain on the sidelines.

That no doubts explains why Iran’s leader’s letter exhorting Western youths to discover Islam for themselves fell on deaf ears; a noteworthy appeal sadly ignored given the scale of demonisation suffered by Iran since 1979. A rabid vilification that remains deeply rooted in the Western psyche.

Back to the conference and my last encounter in Imam Khomeini Airport was aptly with a Palestinian activist visiting from Northern Europe whose family fled the refugee camps of Lebanon in the 1980’s. His appreciation for Iranian efforts brought an extra layer of clarity to the entire affair. Iran was simply telling his people that it will not abandon them, and in times of crisis that simple reassurance proved to be priceless.