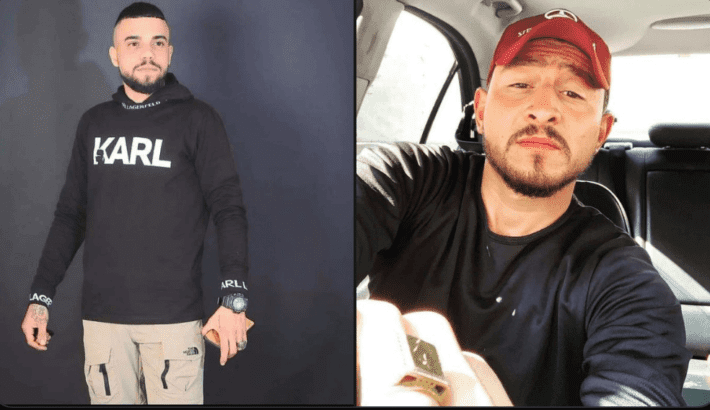 Thursday morning, Israelis forces killed a young Palestinian man in a predawn raid on the Balata refugee camp. Hours later an Israeli settler committed a car-ramming attack against a Palestinian man near Ramallah, killing him.

Two Palestinians were killed on Thursday morning in the occupied West Bank, while two others were seriously injured in four separate incidents when they were run over by Israeli vehicles.

Israelis forces shot and killed a young Palestinian man in the predawn hours of Thursday morning, during a raid on the Balata refugee camp in the city of Nablus in the northern West Bank.

The young man was identified as 21-year-old Bakeer Hashash, a resident of the camp. Hasash is the first Palestinian to be killed by Israel in the occupied territory in 2022.

Israeli forces were conducting an arrest raid on the camp, reportedly sparking armed confrontations with locals. The Israeli army claimed that they “fired back” at gunmen, killing one person.

Just hours later, an Israeli settler committed a car-ramming attack against a Palestinian man near a checkpoint west of Ramallah in the central West Bank, killing him.

The man was identified as 25-year-old Mustafa Falaneh, a resident of the Ramallah-area village of Safa and father of an 18-month old girl, Wafa news agency reported.

Falaneh was reported to be on his way to work inside Israel, and was crossing the street near the Beit Sira checkpoint when an Israeli settler ran into him, killing him. The Times of Israel reported that Israeli police were “investigating the incident.”

Hours after Falaneh was killed, Wafa reported another car-ramming attack, in which an Israeli settler ran over a woman in the Nablus area. She was identified as 48-year-old Shafiqa Bisharat.

Wafa quoted eyewitnesses as saying that prior to ramming into Bisharat, the settler had “attempted to run over sheep” and was harassing Palestinians in the area.

The killing of Hashash and Falaneh come less than 24 hours after a harrowing incident that left an elderly Palestinian activist seriously injured and fighting for his life.

On Wednesday afternoon, an Israeli truck driver ran over 75-year-old Suleiman al-Hathalin, referred to by locals as Hajj Suleiman, in the village of Umm al-Kheir in the South Hebron Hills, during an Israeli police raid on the village.

Locals told Palestinian media outlets that Israeli police raided the town alongside a flatbed tow truck in order to seize unlicensed vehicles from the area. As the truck was leaving the village, it rammed straight into al-Hathalin, crushing him.

The truck reportedly belonged to a private company contracted by the Israeli police, and was allegedly being driven by an Israeli settler. After hitting al-Hathalin, the truck fled the scene. The incident took place in full view of Israeli police, who locals said did nothing to stop the truck or assist al-Hathalin.

Al-Hathalin was evacuated to a Hebron hospital, where he was reported to be in critical condition. Activists from Masafer Yatta said that al-Hathalin was suffering from a fractured skull, and several serious injuries to his spine, ribs, and hip.

The Palestinian Foreign Ministry released a statement on Thursday expressing concerns over the recent car-ramming attacks on Palestinians, saying it has reason to believe the attacks were “premeditated.”

“We consider the incidents of running over Palestinians, which have become a phenomenon…. crimes, whether intentional and deliberate or by negligence,” the statement said.

In December, 63-year-old Ghadeer Masalmeh was killed when an Israeli settler ran her over on a main road outside the village of Sinjil, north of Ramallah. The settler fled the scene, and according to Israeli reports, was released after being questioned by Israeli police.

The ministry lamented the lack of action on part of Israeli police to investigate the attacks on Palestinians, saying that if the situation was reversed, and it was a Palestinian who hit an Israeli with their car, Israeli authorities “would have assumed that the incident was intentional and would have opened fire at the car involved before even checking the facts.”

“This situation confirms not only the racism of the occupying state in dealing with the Palestinians but also the absolute disregard for their lives as if they have no value,” the ministry statement said.

The office of President Mahmoud Abbas echoed similar sentiments, and called on the U.S. government and other international bodies to hold Israel accountable and pressure the state to “stop its ongoing crimes against the Palestinian people.”

According to Israeli human rights group B’Tselem, 2021 was the deadliest year for Palestinians since 2014, with Israeli forces and settlers killing 319 Palestinians in the occupied territory.