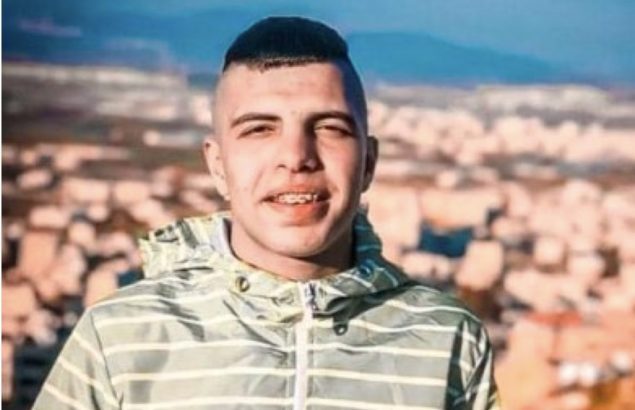 Dirar al-Kafrini was killed when Israeli soldiers shot him with an expanding bullet, as part of a larger operation in the Jenin refugee camp.

In a statement, the Palestinian Health Ministry confirmed that the soldiers shot Dirar Riyad Saleh al-Kafrini, 17, with an expanding bullet in the shoulder before the medics rushed him to Jenin governmental hospital.

The soldiers also shot and moderately injured a young man with live fire in the leg before the medics rushed him to Ibn Sina Specialized Hospital in Jenin.

They added that the soldiers fired many live rounds, rubber-coated steel bullets, gas bombs, and concussion grenades at the Palestinians while a military helicopter hovered overhead.

In addition, the soldiers stormed and searched homes in the Jenin refugee camp and Wadi Burqin area before abducting former political prisoner Bassam Sa’adi, in addition to Ashraf al-Jada’.

Hundreds of Palestinians marched to the Jenin governmental hospital in Jenin city while chanting against the illegal Israeli occupation and its escalating violations.

National and Islamic Factions in Jenin said the funeral procession of the slain teen would be held on Tuesday morning, starting in front of Khalil Suleiman Hospital in Jenin, heading to Jenin city and Jenin refugee camp, before the burial ceremony at the Shuhada Graveyard.