You Are Here: Home → Israeli Soldiers Kill A Palestinian Teen Near Hebron 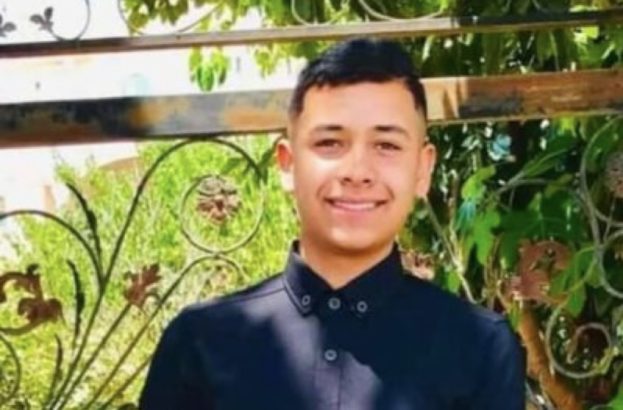 Osama Mahmoud Adawi, dead at 18, at the hands of an Israeli soldier (imemc.org)

Osama Mahmoud Adawi, 18, is the tenth Palestinian to be killed by Israeli forces this month, and the sixth teenager (three of the dead were in their 20s, one was twelve years old). Palestinians have also killed one Israeli soldier.

On Wednesday, Israeli soldiers killed one Palestinian and injured several others during protests that occurred at the entrance of the Al-Arroub refugee camp, north of Hebron, in the southern part of the occupied West Bank.

The Palestinian Health Ministry said the soldiers shot Osama Mahmoud Adawi, 18, with a live round in the abdomen area, causing severe bleeding and internal organ damage.

The Health Ministry added that Osama was rushed to a clinic in the town; however, his heart stopped, and the doctors revived him before rushing him to Bethlehem Arab Society Hospital in Beit Jala, near Bethlehem.

The Health Ministry later confirmed that the young man succumbed to his serious wounds at the hospital despite all efforts to save his life.

The soldiers also injured several other Palestinians in the refugee camp; some were shot with live fire and rubber-coated steel bullets, and many suffered the effects of tear gas inhalation.

[Thanks to the Israel lobby, the US gives Israel over $10 million per day.]