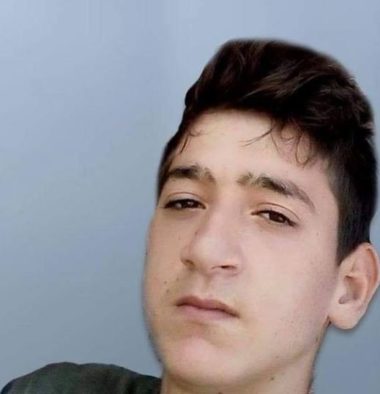 Mohammad Abdul-Karim Hamayel, 15, shot in the head by an Israeli sniper while taking part in an unarmed demonstration on Palestinian land.

The Palestinian Health Ministry has reported that Israeli soldiers killed one teen, and injured at least 112 Palestinians, during the ongoing protest on the al-‘Arma Mountain, south of the northern West Bank city of Nablus.

The Ministry said Mohammad Abdul-Karim Hamayel, 15, was shot with an expanding bullet in the head. He was rushed to a local hospital before succumbing to his serious wounds.

Tarif Ashour, the spokesperson of the Health Ministry, said at least thirteen Palestinians were rushed to Rafidia governmental hospital, including a seventeen year old, who was shot with two rubber-coated steel bullets in his head. He was rushed to surgery, and remains in critical condition.

Shortly afterward, the soldiers shot two Palestinians with rubber-coated steel bullets in their heads, causing hemorrhaging in the brain; one of them remains in life-threatening condition.

In addition, a journalist working for the Palestinian TV, identified as Bakr Abdul-Haq, was shot with a rubber-coated steel bullet in his head, and at least thirteen other residents were shot with similar rounds.

The total number of injuries stood at more than 112 Palestinians at the time of this report, among them, 90 were suffering the severe effects of teargas inhalation, and eighteen who were shot with steel bullets. 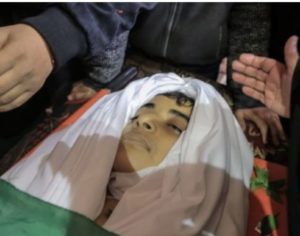 The protests are still ongoing as more soldiers and fanatic illegal colonists [aka settlers] continue to flock to the mountain and prevented many Palestinian ambulances from approaching it.

The head of the Beita Fuad Maali Village Council told Wafa reporters that scores of illegal Israeli colonists began storming the mountain last night and are still in the place, explaining that hundreds of Palestinian citizens remain stationed on the mountain to repel their invasion.

Ghassan Douglas, a Palestinian Authority official who monitors Israel’s colonialist activities, said that there have been calls by colonists to storm the mountain, in an attempt to control an archaeological historical site above its summit, and install an illegal colony [aka settlement] after occupying the entire Palestinian Mountain. [Since Israeli settlements are illegal under international law, IMEMC and many others feel that the terms “colony” and “colonists” are more accurate terms for them.]

…Around two weeks ago, settlers from the notoriously violent Itamar settlement published a call on social media to take to the mountain, which they believe is an ancient Jewish religious site, and seize control of it.

After becoming aware of the settlers’ plans, dozens of men and youth from Beita took to the mountain and erected a sit-in tent to establish their presence as a deterrence against the settlers.

Despite the settler group not receiving permission from the Israeli army to go to the mountain, a smaller group of settler youth decided to go ahead anyway.

“There were around 10 settlers, and a group of soldiers who came to protect them and escort them up the mountain,” local activist Minwer Abu al-Abed, 56, told Mondoweiss.

According to al-Abed, the soldiers unsuccessfully attempted to escort the settlers up the mountain, shooting live ammunition, rubber bullets, and tear gas along the way.

“The settlers were attempting a violent takeover of our land, but of course they [soldiers] were only there to shoot at the Palestinians,” al-Abed said.

Videos of the confrontations, which went viral on Palestinian social media, showed crowds of Palestinian youth hurling stones at the settlers and soldiers until the latter were forced to flee the area.

Despite over 90 injuries being recorded that day, the village celebrated it as a victory.

“We made our presence known, and defended our land against the settlers,” al-Abed said, proudly adding that “not a single settlement” has been built on Beita’s land, which he attributed to the steadfastness of the townspeople.

The settlers, however would make two more attempts to seize the mountain, each time with more firepower and support from the Israeli army.

On March 2, another failed attempt led to the injury of a dozen Palestinians, including two with live ammunition.

The third and fatal attempt took place on Wednesday morning — just hours after Israel conducted a massive arrest campaign in the village —  and though the settlers were unable to seize the mountain, it ended with the death of a young teenager.

Clashes between Palestinians and settlers, as the latter attempt to takeover the former’s land, are not uncommon in the West Bank, particularly in Nablus.

So when the settlers set their sights on al-Arma, the residents of Beita were not surprised.

“The fight to defend al-Arma is not a new one,” al-Abed told Mondoweiss, adding that settlers have been attempting to take over the hilltop for decades, ever since the 1980s.

“They believe there is a Jewish site on the mountain, and that that gives them a right to it,” he said. “But there are Canaanite ruins here, proving our connection to this land.”

According to al-Abed, hundreds of Beita’s residents have been arrested over the years, many in connection with protests at Jabal al-Arma. Two others, he said, were martyred when trying to defend the mountaintop.

“Not only does this mountain have historical significance for us, but its important to the daily life of the people of Beita,” al-Abed said, adding that the townspeople not only farm on the hilltop, but also use it for recreational activities, family picnics, and barbecues.

“As Palestinians, we will never leave this mountain. The people of Beita will never give up,” he said… Read full story

Previous incidents of Israel soldiers shooting people in the head

Children Shot in the Head: Not Just in Pakistan

Why is the US Honoring a Racist Rabbi?