You Are Here: Home → Israeli Soldiers Demolish A Kindergarten And A Women’s Center Near Jerusalem 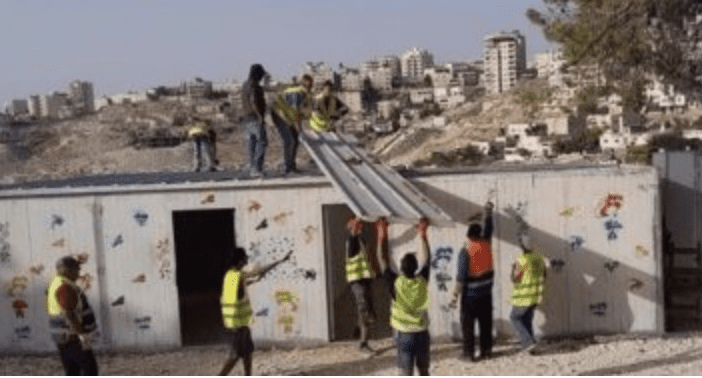 The assault on Palestinian Bedouins continues. This time, Israeli troops demolished a kindergarten and a women’s center in Jabal al-Baba. The village is home to about 320 individuals.

The soldiers surrounded the Palestinian community and assaulted many residents, before demolishing the kindergarten and the women’s center.

The attack is part of a series of violations, and constant Israeli attempts to displace the Palestinians from Jabal al-Baba, in addition to al-Khan al-Ahmar, and numerous communities, for the construction and expansion of its illegal Jewish-only colonies, in direct violation of International Law.

The illegal Israeli colonialist plan, known as ‘E1 Jerusalem Plan’ meant to encircle the eastern part of Jerusalem with colonial settlements to surround the city, and claim it for Israel, denying the Palestinian people’s historical and ongoing claim to the city.