You Are Here: Home → Israeli settler violence: 6 incidents in 2 days 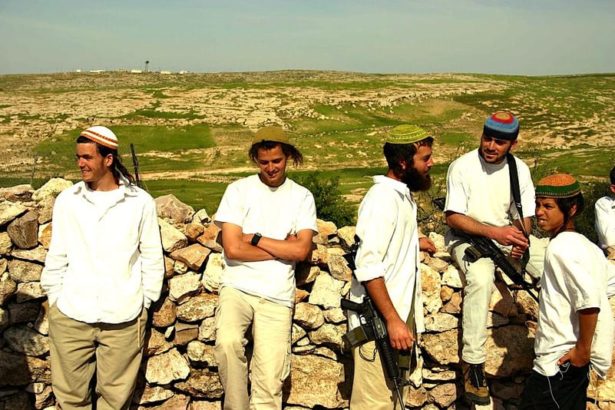 As Israel criticizes Palestinians for their legal resistance against an illegal occupation, illegal Israeli settlers attack Palestinians on a daily basis – often with protection from the Israeli military – and go unpunished. Sometimes they destroy crops, sometimes vehicles; sometimes it’s graffiti; this week a member of the Israeli parliament called for open violence, and settlers obeyed.

Extremist right wing Israeli Member of Knesset Bezalel Smotrich has called for illegal Jewish settlers to attack Palestinians, asserting that the lives of Jews are more valuable than those of Palestinians.

On his twitter account, Smotrich wrote: “I call on my heroic [settler] friends and pioneers to come out tonight and close Route 60 along its entire length to the movement of Arab vehicles…Our lives precede their quality of life.”

Illegal Jewish-Israeli settlers indeed responded to Smotrich’s tweet, carrying out, according to Yest Din, 25 attacks against Palestinians in the first 24 hours after the tweet.

The attacks included live bullets at and the stone throwing. [Editor’s note: Palestinians who throw stones may be imprisoned for up to 20 years.]

Israeli settlers razed Palestinian-owned lands in the village of Battir on Thursday morning.

Battir is on the UNESCO world heritage list, due to its terrace farming and ancient irrigation channels.

Also on Thursday, under the armed protection of Israeli forces, Israeli settlers began to raze agricultural lands with bulldozers in the village of Um Saffa, in the occupied West Bank, aiming to expand the nearby illegal Jewish settlement of Ateret.

The village has been a frequent target of attacks by extremist Jewish settlers for years.

Since the occupation of the West Bank, including East Jerusalem, in 1967, between 500,000 and 600,000 Jewish settlers have moved into Israeli settlements in occupied Palestinian territory, in violation of international law.

The estimated 196 government recognized Israeli settlements, scattered across the Palestinian territory, are all considered illegal under international law.

On Wednesday, dozens of extremist illegal Israeli colonialist settlers invaded Palestinian farmlands in ‘Asira al-Qibliya, south of Nablus, and uprooted them, using a bulldozer and other equipment.