You Are Here: Home → Ha’aretz: Why Some Jews Don’t Study Torah on Christmas Eve

Ha’aretz: Why Some Jews Don’t Study Torah on Christmas Eve 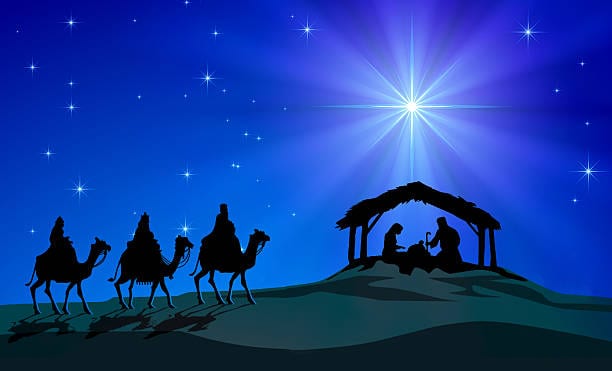 Why do many Hasidic Jews abstain from studying the Torah at Christmas? The mythology is that back in the day, Christians liked to persecute Jews during the holiday, but according to an authority on the subject, the practice was originally based on a superstition that on Christmas, Jesus had to spend the day “wander[ing] in all pits of excrement or latrines throughout the world” – and studying Torah gave him respite from this torture.

This belief is so ancient and sparsely documented that today’s Jews surely have no idea of its roots. Since many Palestinians are Christians, and there is a faction among Israeli settlers that hold these beliefs, it’s valuable to be aware of this information from Israel’s newspaper Ha’aretz.

It is a common practice among Hasidic Jews to abstain from studying the Torah on Christmas Eve. This tradition is remarkable, since for one thing, religious Jews do not usually have customs associated with Christian holidays. For another, studying of Torah is considered one of the most important things Jews must do, and they otherwise only abstain on solemn days, such as Tisha B’Av. Why would they eschew this sacred duty on “Nittel Nacht”, the night before Christmas?

The Yiddish name for Christmas is Nittel. It derives from the medieval Latin name of the holiday, Natalis Dies Domini, “the Lord’s birthday”, which also gave French and Italian their names for the holiday, Noël and Natale respectively.

(Despite Nittel’s clear derivation from Latin, medieval Jews commonly believed that the word was derived from the Hebrew word nitleh – “hanged one,” which was a common name for Jesus among Jews at the time due to his association with crucifixion.)

While we find references to Nittel in rabbinic literature throughout the Middle Ages, the first mention of abstaining from Torah study on Christmas Eve appears only in the second half of the 17th century.

According to Prof. Marc Shapiro of the University of Scranton, who conducted the most thorough study of the subject to date, the first known reference to the practice in rabbinic writings is a single line in Rabbi Yair Bacharach’s book Kitzur Halakhot. What Bacharach, one of the most important rabbis in 17 century Germany, actually wrote about the practice was lost, but the reference to it in his index has survived: “And the practice of canceling Torah study on Christmas.”

Although that earliest reference to the practice in Jewish texts dates to the 1600s, it could well have existed earlier. It is possible and indeed likely that Jews would have refrained from mentioning the practice in writing for fear that Christians would read about the custom and punish them for it.

On the other hand, as Shapiro notes in his article “Torah Study on Christmas Eve,” apostates (Jews who converted to Christianity) in the 16th and 17th centuries are not known to have mentioned the practice in their anti-Jewish polemics, which in and of itself indicates that they did not know about it. The requisite conclusion is that either the practice did not exist yet, or perhaps was not widespread yet.

The crime of apostasy

According to medieval Jewish belief, for his crime of apostasy – teaching laws to the Jews that were not in the Torah – Jesus is confined to a pool of sewage in Hell for eternity. A common theme in the anti-Jewish writings by medieval apostates in Germany is that on Christmas Eve specifically, Jesus “has to wander in all pits of excrement or latrines throughout the world,” as one such apostate Johann Pfefferkorn wrote in 1511.

As for the practice of abstaining from Torah study in relation to Christianity, the earliest mention isn’t even about Christmas. Shapiro cites the writings of the apostate Johann Adrian from 1609, who wrote that Jews do not study Torah on Ascension Day, not Christmas. That is because, Adrian wrote, Jews believe that Jesus spends the night crawling through sewage, and that if he hears the Torah being studied in a house, he gets a respite from this dreadful punishment. Thus, by abstaining from Torah study, they deprive him of that respite.

Adrian also mentions that parents tell their children “See that the hanged one does not pull you in,” meaning into the toilet.

We can infer that had Adrian known about the practice of abstaining from Torah study on Christmas Eve and its reason, he would have happily mentioned it.

The same applies to another apostate, Julius Conrad Otto, who published an anti-Jewish polemic in 1613 in which he claims that Jews curse Jesus on Christmas Eve, but he says nothing about abstaining from Torah study.

The specific prohibition on studying Torah on Christmas eve first appears in writing, according to Shapiro’s research, in 1614, in the writings of the apostate Samuel Friedrich Brenz. His stated grounds are the same as given by Adrian for abstaining from Torah study on Ascension Day: doing so gives Jesus a respite from crawling through excrement. Brenz also claims that Jews consume a lot of garlic on this day, no doubt out of the belief that this will ward off the feared Jesus. The belief that garlic wards off demons is attested in Jewish writings.

Two years later, in 1616, another apostate named Dietrich Schwab repeated the charge that Jews believed that Jesus roamed the world’s toilets on Christmas Eve, mentioning that they “instill in their children and other members of their house great fear and horror… they do not desire to go into the latrine on this night unless they are in the most extreme need and are forced to do so.” Schwab also mentions the custom of abstaining of Torah study on this day in order to give Jesus “no rest or respite” from his “terrible anguish.”