You Are Here: Home → Israeli occupation: a nightmare from which there’s no waking up 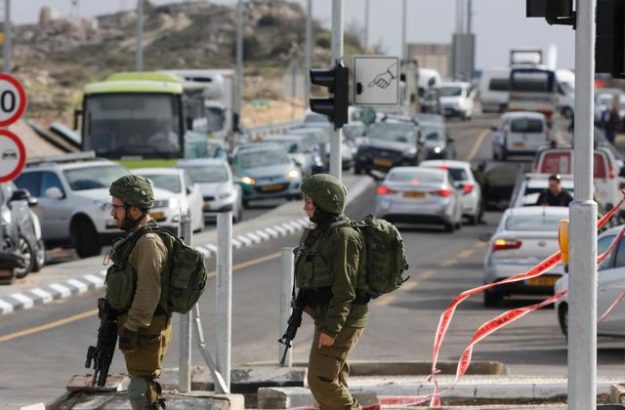 The Israeli occupation is a constant, chilling presence in the West Bank and East Jerusalem, and among Palestinians living in Israel: children and adults are routinely abducted, Israeli housing is built on Palestinian land while Palestinian homes are demolished – just a few examples from one “average” day. (For the history and context of this issue, see this and this, and this.)

IMEMC, the International Middle East Media Center, reports tirelessly on countless events in Israel/Palestine, both big and small. Even the smaller incidents – which are huge to the families impacted – add up. Here are summaries of several IMEMC articles, all from incidents that occurred yesterday (Thursday). Each is followed by background information for a sense of the scope of the occupation.

Soldiers Abduct A Child From His Home In al-‘Isawiya

Many Israeli soldiers and police officers invaded, Thursday, a Palestinian home in the al-‘Isawiya town, in occupied East Jerusalem, after destroying the main door of the property, and abducted a child in front of his brothers…causing severe anxiety attacks among seven children, who were alone in the property without their parents.

The children were trying to open the heavy door for the soldiers to enter the property without causing damage, but the army went ahead and destroyed it.

The soldiers then abducted Saleh al-Fakhouri, 13, after accusing him of throwing stones at army jeeps.

The family owns their home, stores and lands in the area since the year 1954, before Israel occupied East Jerusalem in 1967, but are facing constant invasions, violent searches and attempts to confiscate their property and force them out.

Editor’s note: the abduction of Palestinian children by Israeli military (almost always for alleged stone-throwing) is commonplace. IMEMC reports that 250 children were abducted in 2018. This policy is in contravention of the UN Convention on the Rights of the Child.

In the pre-dawn hours on Thursday, Israeli troops invaded various parts of the West Bank and abducted eight Palestinians from their homes in Jenin, Ramallah, Al-Bireh and Jerusalem.

Editor’s note: the abduction of Palestinians by Israeli military is an almost everyday experience. Here are headlines from the past week:

The Israeli government has approved the plans for the construction of 2.430 units for Jewish settlers in illegal colonies in the occupied West bank, followed by another 300 in Gush Etzion.

The approval was made by Israel’s High Planning Committee of the Israeli “Civil Administration,” the executive and administrative branch of the illegal Israeli occupation in the West Bank, including occupied Jerusalem.

Israeli sources said the new plans do not only include expanding settlements, but also news constructions in outposts that were built without Israel’s approval, and therefore, they will be granted official approval before more units are added to them.

France, and the European Union said: “As stated in UN Security Council Resolution 2334, these settlements are contrary to international law. This policy further heightens tensions on the ground and gravely undermines the conditions for a just and lasting peace between Israelis and Palestinians based on a two-state solution.”

Israel continues to challenge the entire international community by trying to enforce new facts on the ground to void the chances for a two-state solution.

There are at least 650.000 Israeli colonists living in more than 132 and 113 outposts colonies in the West Bank, these figures do not include 13 colonies in East Jerusalem and 13 settlements in Palestinian neighborhoods in the occupied city, with a total number of 215.067 colonists.

All of Israel’s colonies and outposts are illegal under International Law, the Fourth Geneva Conventions and various United Nations resolutions.

Editor’s note: Human Rights Watch reports that “[d]uring 2017 and the first eight months of 2018, Israeli authorities approved plans for 10,536 housing units in West Bank settlements, excluding East Jerusalem…as compared to approving plans for 4,611 units…in all of 2015 and 2016, according to the Israeli group Peace Now.”

In Jerusalem, Mondoweiss reports, Israel approved 4,416 new settlement units early in 2019, which will span occupied East Jerusalem and West Jerusalem. Mondoweiss adds, “The news comes just two weeks after reports that dozens of Israeli ministers and senior lawmakers from Netanyahu’s Likud and other right-wing parties signed a petition to promote a settlement plan that would settle 2 million Jews in the occupied West Bank.”

Israeli Army To Demolish Four Homes, One Structure, Near Hebron

On Thursday, several Israeli army vehicles, accompanied by personnel of the “Civil Administration Office,” the executive branch of Israel’s illegal military occupation, invaded Beit Awwa town, west of Hebron, in the southern part of the occupied West Bank, and delivered orders for the demolition of four Palestinian homes and an industrial structure.

The Israeli army is claiming that the buildings were constructed without a permit from the Civil Administration Office.

The buildings are within the structural plan of the town, and therefore, are under Local Council’s jurisdiction and were licensed by it.

Abdul-Karim called on various international legal and human rights groups to intervene and stop the seriously escalating Israeli violations and their property in the occupied West Bank, including occupied East Jerusalem.

In related news, the soldiers invaded the ar-Ras al-Ahmar area in the West Bank’s Northern Plains, and confiscated a tractor, owned by Ahmad Thiab Abu Kheizaran. The confiscation comes days after the army took several cars, trucks and agricultural tractors of the locals in the same area.

Editor’s note: home demolition is another almost daily experience for Palestinians. Israeli human rights org B’tselem reports that from 2006 until 31 July 2019, Israel demolished 2,308 housing units in the West Bank and East Jerusalem. Over 9,500 people (more than half of them minors) lost their homes.

Inside Israel, “unrecognized” Palestinian villages are demolished, rebuilt by the residents, and demolished again (Al Araqib has been demolished and rebuilt 142 times). Over 1,000 Palestinians (half of them minors) have experienced multiple demolitions.