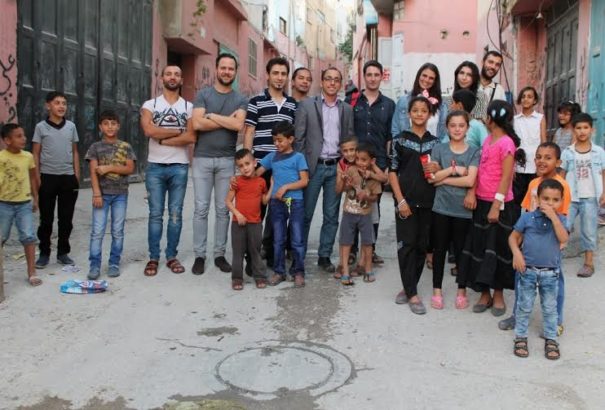 Youth of all ages are at risk in the occupied Palestinian territories – their freedom of speech, freedom of movement, freedom to receive an education in a safe environment.

Since the beginning of the Israeli occupation in 1967, Israeli forces have arrested more than 800,000 Palestinians, constitute almost 20% of the total Palestinian population in the occupied Palestinian territories. With the majority of these detainees being men, about 40% of male Palestinians in the occupied territories have been arrested. Administrative detention breaks multiple international laws, yet it is used liberally by Israel: today 434 Palestinians are being detained. Addameer Prisoner Support and Human Rights Association provides detailed information on detention issue.

School raids – including primary schools – are a regular practice for the Israeli army, as are demolitions of school buildings.

Israeli repression targeting Palestinian youth activists has continued to rise. On Friday, 26 January, occupation forces seized Haitham Siyaj, only a month after he was released from nearly two years’ imprisonment without charge or trial under administrative detention. Siyaj is one of the comrades of Basil al-Araj who was seized by occupation forces shortly after being released from months in Palestinian Authority prison.

There, his administrative detention – imprisonment without charge or trial – was renewed repeatedly. Siyaj was once again seized at a flying checkpoint erected by occupation forces in the Jaba area.

At the same time, Palestinian youth activist Tareq Mattar’s administrative detention was also extended for another six months. Mattar, 28, is a Palestinian youth leader who is active in a variety of projects, initiatives and forums to organize Palestinian youth and promote study and discussion of the Palestinian cause. He was previously jailed for his Palestinian political activities. He has been jailed without charge or trial since August 2017.

Meanwhile, Palestinian journalist Samer Abu Aisha, 30, from Jerusalem, was summoned for interrogation by occupation police on 24 January; he was released from Israeli prison six months ago after 20 months in prison.  He was seized by occupation forces in January 2016 after they stormed the headquarters of the ICRC in Sheikh Jarrah where he and a fellow Jerusalemite activist, Hijazi Abu Sbeih, were staying in defiance of an order to expel them from their city for six months. He was jailed for 20 months on charges of illegal protest, incitement and “disturbing public security.”

Via the Samidoun Palestinian PrisonerSolidarity Network.

Israeli forces, on Sunday, raided a primary school in the city of Hebron, according to security sources.

Sources told WAFA that soldiers raided al-Ibrahimiya primary boys school, in the Old City in Hebron, and searched the rooms after evicting the students, under the pretext of searching for a ‘wanted’ student.

The Israeli army regularly carries out attacks with the deliberate and reckless use of force against schools and educational facilities across the West Bank, in a serious violation of international law and students’ right to pursue education in a safe environment.

The Israeli army also raided, on Sunday morning, the town of Beit Ummar, to the north of Hebron, ransacking two houses and stealing jewelry belonging to a local Palestinian’s wife.