You Are Here: Home → Israeli forces kill 4 Palestinians in a day as tensions heighten

Israeli forces kill 4 Palestinians in a day as tensions heighten 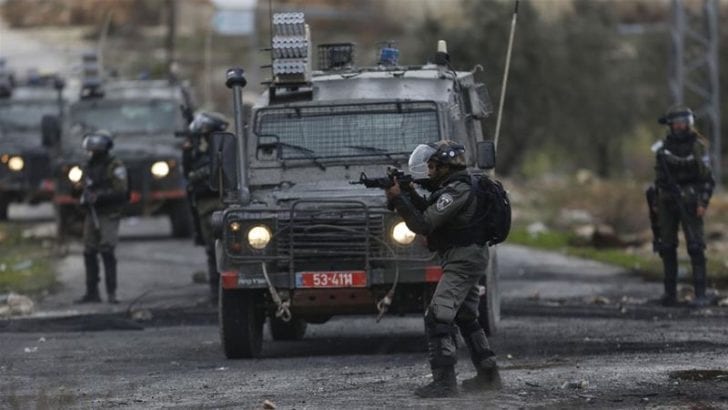 The number of Palestinians killed by Israeli fire over the past 24 hours has risen to at least four, with dozens of others wounded amid heightened tensions in separate areas of the occupied West Bank.

Israeli forces on Thursday shot and killed two Palestinians during a demonstration in Jenin against the demolition of a Palestinian home.

One of those killed was named by official Palestinian news agency WAFA as 19-year-old student Yazan Abu Tabekh. The second was identified as Palestinian policeman Tareq Badwan.

The Israeli army said the raid was to demolish the home of Ahmad Qanba, a Palestinian charged with aiding a Hamas cell in the West Bank.

Heavy clashes broke out with young Palestinians throwing rocks at the Israeli troops, witnesses said. The army said its forces had “identified a number of armed terrorists who hurled explosive devices and fired towards them. The forces responded with riot dispersal means”.

However, Jenin Governor Akram Rajoub said the slain police officer had been standing outside a nearby police station when he was shot.

“It appeared to be that he was just looking and not doing anything,” said Ibrahim.

Also on Thursday, a Palestinian citizen of Israel was shot and killed after opening fire at Israeli police in Jerusalem’s Old City, lightly wounding one officer, according to police.

Separately, the Israeli military said a Palestinian motorist early on Thursday slammed his car into a group of Israeli forces, wounding 12 – including one seriously – before fleeing the scene.

Al Jazeera’s Ibrahim reported that “Israeli forces then raided several towns and villages in the occupied West Bank” in search of the motorist.

“In more than one location, confrontations have erupted between the Palestinians and the Israeli army, medical sources tell us there are 80 Palestinians who are wounded,” she said.

Reporting from Jerusalem, Al Jazeera’s Harry Fawcett said on Thursday the Israeli army is sending a combat battalion of nearly 1,000 additional troops to the West Bank.

“It does seem that the Israeli security forces are preparing for potentially more violence in the coming days,” said Fawcett.

The escalation came amid heightened tensions following last week’s release of US President Donald Trump‘s Middle East plan, which critics say greatly favours Israel and was rejected by the Palestinians.

The violence has put the plan on even shakier ground and raised fears of another extended round of fighting in the decades-old conflict.

The proposal would allow Israel to annex all of its settlements and large parts of the occupied West Bank, which has in turn sparked calls from Israeli nationalists to do so immediately. In return, the plan would grant Palestinians limited autonomy in scattered enclaves surrounded by Israel, but only if they met nearly impossible conditions.

A Timeline of all Israelis and Palestinians killed in the conflict – recent deaths are sometimes reported belatedly pending verification of details.