You Are Here: Home → Israeli children are dressing up as Elor Azaria, who shot prisoner in the head as he lay on the ground [VIDEO]

Israeli children are dressing up as Elor Azaria, who shot prisoner in the head as he lay on the ground [VIDEO] 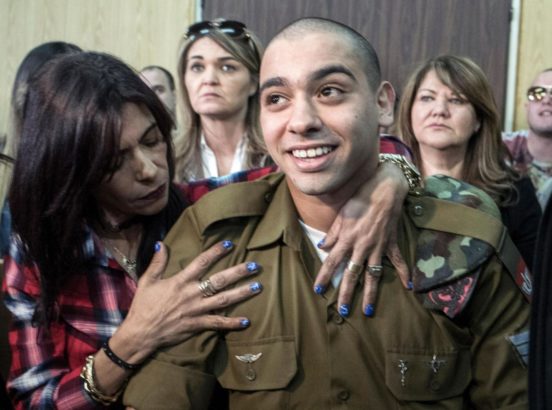 This year for Purim, many Israeli children are dressing up as Elor Azaria, the IDF soldier convicted of manslaughter for fatally shooting a neutralized terrorist [sic] in Hebron almost a year ago. “I’m not saying that he did the right thing but in my eyes he is a hero,” stated one grandmother of such a child. “He took the initiative. His commanders weren’t around, the scene wasn’t managed properly and he took command.” 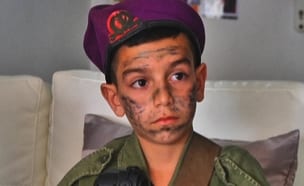 During the weekend, a costume competition for Elor Azaria will take place. The creator Ran Karmi Buzaglo has promised the participants prizes such as guitars, tickets to an amusement park and to a safari. “I urge people to dress up like Elor as a statement,” Buzaglo stated. “He’s a fighter and was sent to protect us and I’m proud to see children dressing up like him.

Some of the prizes were donated by citizens who heard about the initiative. One man even volunteered to make 300 face masks of the convicted soldier. “I think that these masks teach our children about the military,” he said.

Azaria shot the man in the head as he was lying on the ground.