You Are Here: Home → Israeli Army Shoots A Child In The Head “During Training”

Israeli Army Shoots A Child In The Head “During Training” 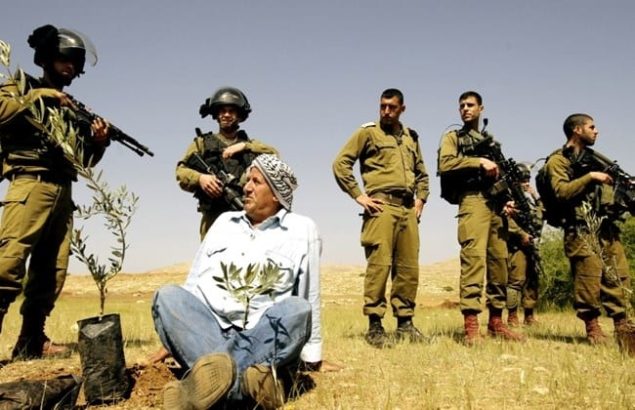 Israeli soldiers during a previous incident in Tubas, 2014.

Israeli soldiers shot, Wednesday, a Palestinian child with a live round in the head, during “military training” near Tubas, in northeastern West Bank.

The Palestinian Health Ministry said the child, only three years of age, was shot with a live round in the head, and is currently in a stable condition.

It added that the child was rushed to Tubas Turkish governmental hospital, and is currently at the Intensive Care Unit.

The child was shot by Israeli soldiers who were conducting live-fire training near Palestinian communities in Tubas.

The Israeli military frequently conducts training in Palestinian communities in Tubas, the Jordan Valley of the occupied West Bank, Hebron, and several other areas.

In many incidents, Palestinian families are ordered to leave their communities during the military drills, and later return after the army is done with its live-fire  training, including the use of explosives, which are sometimes left behind, leading to casualties, including fatalities.

In several incidents, many Palestinians, including children, were injured and even killed, when explosives dropped by the soldiers during training went off near them.