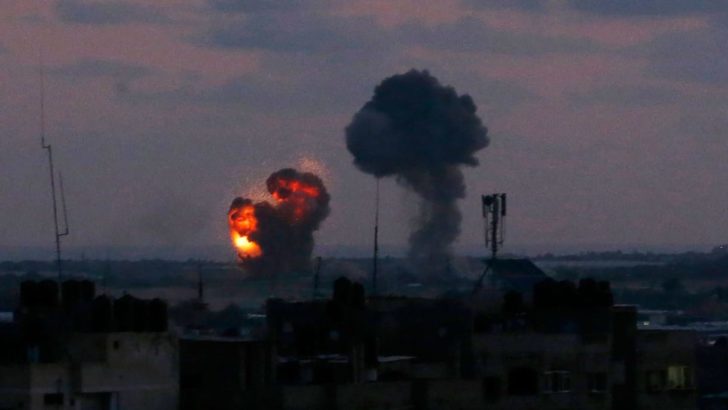 GAZA, Sunday, October 28, 2018 (WAFA) – Three Palestinian children were killed in an Israeli airstrike bombing that targeted an area to the northeast of  the city Khan Younis, in the southern Gaza Strip, said medical sources.

Sources said Red Crescent ambulances pulled the bodies of three children between the ages of 12 and 14. They were taken to Shuhada Al-Aqsa Hospital in Deir al-Balah city, in central Gaza.

Israeli army reportedly opened  fire toward the ambulances and prevented their access to the scene.

Meanwhile, a Palestinian youth sustained moderate injuries after being shot by Israeli forces’ fire to the east of al-Zaytoun neighborhood, southeast of Gaza city.