You Are Here: Home → Israel will get ‘more understanding’ from Trump’s negotiators because they’re all observant Jews, Sharansky says

Israel will get ‘more understanding’ from Trump’s negotiators because they’re all observant Jews, Sharansky says 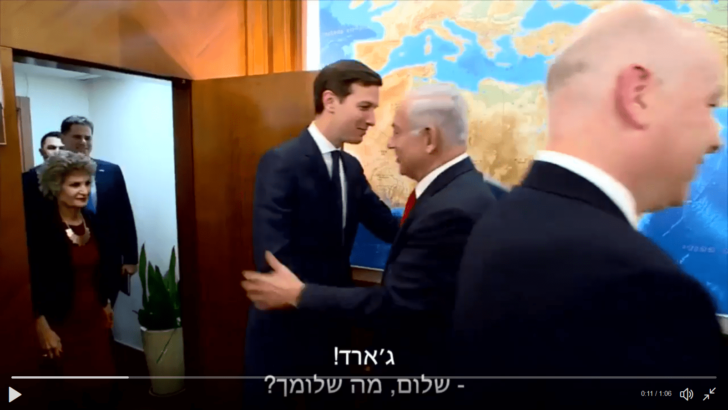 Israeli official Natan Sharansky says that Trump’s negotiating team are all observant Jews and predicted that they they will produce an alleged “peace proposal” that would give Palestinians a completely demilitarized “state,” which the Palestinians would naturally reject.

by Phillip Weiss, from MondoWeiss

Donald Trump’s Middle East negotiating team is preparing a “serious” peace proposal, because the team is made up of observant Jews who understand Israel better than previous American negotiators, says Natan Sharansky, the chairman of the Jewish Agency for Israel.

“Frankly, forget about the president, but if you take simply the people who are involved in negotiations– know that these people understand Israel much better than the previous set of people,” Sharansky said. “And they definitely understand the concerns of Jews, because they are part of this… It’s really very interesting to see that when prime minister [Benjamin Netanyahu] sits with Ron Dermer, [Jared] Kushner, David Friedman, and [Jason] Greenblatt, the only one who does not have kippa [yarmulke] is prime minister. So you can expect more understanding.”

Jared Kushner’s family foundation has given tens of thousands of dollars to illegal Israeli settlements. In years past, Netanyahu stayed in the family’s house in New Jersey. David Friedman, the US ambassador to Israel, led an organization that raised money for a settlement.

Sharansky said that Israeli Prime Minister will come out with a peace proposal for a demilitarized Palestinian state, and the Palestinian leadership will reject the deal, but Arab countries will put pressure on the Palestinians to accept it. “They [Arab states] will not be automatically with the Palestinians. It’s a new situation.”

Sharansky spoke at the Manhattan Jewish Community Center on Tuesday night. He said he based his prediction on no inside information, though he had spent time with Israeli ambassador Ron Dermer and attended recent speeches by Netanyahu, in whose government he once served.

As to the outlines of the deal, Sharansky said: “From the speeches of Bibi, I understand more or less what will be. The Palestinians probably will get, well, the state, but the security issues will not be in their hands… because in today’s middle east the competition will be between Hezbollah and Hamas– who will be controlled. So Israel cannot afford it.”

Palestinians to be Left Unarmed and Isolated

Overwhelmingly Israelis would support a peace plan, because they want hope, he continued. “I’m almost sure that… the Palestinian leadership will not accept it. And again I don’t know what is prepared. I’m sure that the reaction of the Arab world will be very different from the past.”

Sharansky said he had spent his entire life, including when he was imprisoned in the former Soviet Union, trying to build bridges between Jews and Israel. The organization he heads, the Jewish Agency, helped foster the creation of Israel in the last century and today works to build global Jewish support for the state.

Sharansky spoke with Jodi Rudoren of the New York Times and Amir Tibon of Haaretz. Listening to the speech, I was struck by the arrogance of the arrangement. Can you imagine a forum on sexual harassment issues today at which only men were invited to speak? Impossible. Yet over and over the peace process is debated in the United States– and negotiated too– and the less powerful party, Palestinians, are never invited as equals. The game is transparently rigged. And you wonder why the peace process has produced nothing in 25 years.

Update: I should have noted that the event was not about the peace process as such, but Israeli-Diaspora Jewish relations. “Israel Forum: Israel and The Progessive Diaspora: Divided By the Wall?”