You Are Here: Home → How is Israel spending our money?

How is Israel spending our money? 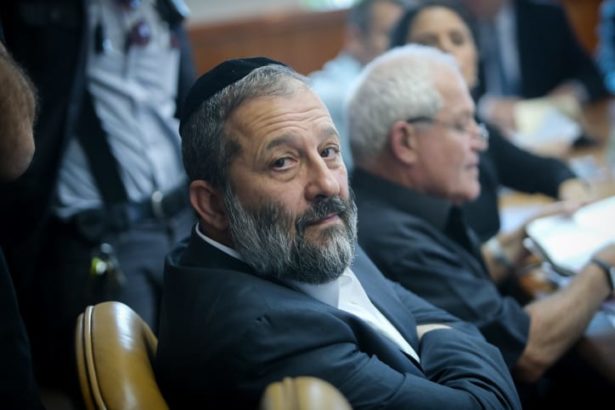 Aryeh Deri in Jerusalem, 2015. Deri, head of Israel’s Shas party, served as Minister of the Interior until he was convicted for graft, fraud, and breach of trust. When he got out of prison he was again appointed Minister.

Given that American taxpayers give Israel $10 million per day, it’s important to be well-informed about the nation that receives on average 7,000 times more US tax money per capita money than other nations around the world.

This investment entitles us as Americans to ask how our money is spent​, and to investigate how diligently Israel manages the money controlled by its​ government. With this in mind, the story of Israeli Interior Minister Aryeh Deri, who is head of the ultra-Orthodox Shas party​,​ is particularly distressing. Deri served as Interior Minister from December 1988 until he resigned in September 1993 while under indictment for graft, fraud and bre​a​ch of trust. Mr. Deri was ultimately convicted and sentenced to three years in jail. In 2011, Deri returned to politics and was again appointed to Minister of the Interior in January 2016.

The Interior Ministry is a powerful branch of the Israeli government, in  charge of finance, budget, planning, physical and construction planning, emergency services, elections, citizenship and other government spending as well as internal auditing. This seems like an important role to assign to a man already convicted of abusing the public trust.

On May 29, 2017, Israeli officials arrested 14 people, including officials from the Ministry of Development on charges of corruption and tax evasion. Mr. Deri and his wife were questioned separately regarding a sham transfer of property to Mr. Deri’s brother ahead of his reentering politics, unreported ownership of a large vacation house and apartments owned by each of their nine children. see for a picture of some of the property involved. Apparently, Mr. Deri lives quite well on his government salary.

As Americans, we might wonder why we contribute so much to a country whose top two leaders (Prime Minister Netanyahu is facing charges of corruption and graft) are currently accused of corruption and misuse of public funds. Do we intend our foreign aid to be part of the pot for the politicians?

Eve Mykytyn practiced law for many years. She is now a freelance writer and editor; her articles have been published by Dissident Voice, MWCNews, Intrepid Report, and other websites.