You Are Here: Home → Israel prevents Gazans from traveling for medical treatment, including children with cancer 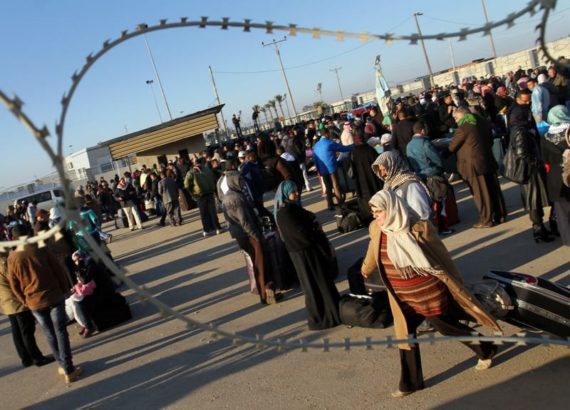 GAZA — Sarah Algherbawi writing for Electronic Intifada reports that Israel has drastically reduced the number of Palestinians from Gaza who are being allowed into Israel for medical treatment, some which are life or death situations.

The World Health Organization reported that in January 2016, Israel approved 78% of Gazans’ requests for travel for medical treatment; last December, that number fell to less than 42%. That is the lowest rate of approval since April 2009.

At least 1,400 patients were delayed from attending their healthcare appointments in December, the highest amount of delays ever recorded by the organization.

Children with cancer and their parents are among those who are being denied travel permits by Israel. Physicians for Human Rights -Israel reports that Israel has blackmailed some parents, insisting that they become informants or provide intel or they will not be allowed to enter Israel to have their children receive medical treatment.

What’s even more appalling about this is that Israeli weapons may be responsible for the increase in incidences of cancer among Gazan children (up 41% since 2008).

During its 2008-09 “Cast Lead” offensive in Gaza that killed over 1,400 Palestinians, Israel used experimental weapons on the civilian population and was suspected to have coated missiles with depleted uranium.

Read the full article, which includes the personal stories of Gazan children afflicted with cancer, at Electronic Intifada.