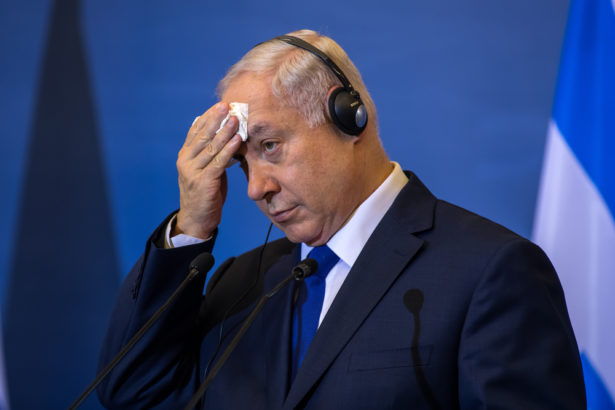 Israel has been launching unprovoked attacks using its military might within Syria, Lebanon, Iraq, and Iran despite ceasefire agreements. This heightened military aggressiveness has multiple extremely serious consequences, including damage to the United States

Israel recently has been expanding its military attacks across much of the Middle East, hitting multiple countries. The aggressive campaign far outpaces anything any adversaries of Israel have been doing to it, or even trying unsuccessfully to do to it.

Over the past two years Israel has used combat aircraft to conduct scores of attacks in Syria. Israel has stayed silent about most of this campaign of bombardment, but when it speaks it says the targets it hits are associated with Iran. The most recent widening of Israel’s assaults have involved Lebanon, including drone attacks on facilities in suburban Beirut associated with Hezbollah—a departure from the cease-fire established after the last Israeli-Hezbollah war.

The most dramatic geographic widening of the Israeli assault came last month with multiple attacks, reportedly conducted with F-35s, in Iraq—which, of course, does not even border Israel. Among the targets hit was one facility that is 500 miles from Israel but only about 50 miles from the Iranian border.

It is difficult to identify anything being fired in anger in the opposite direction that justifies such an expansive Israeli military campaign.

In January of this year, Israel’s missile defense system intercepted a missile heading for the Israeli-occupied Golan Heights, but that is about as close as anyone in Syria, Lebanon, or Iraq has come lately to inflicting damage on Israel. Planned or failed attempts to inflict such damage all appear aimed at retaliating for Israel’s own attacks. Israel claimed that sorties it conducted this past weekend in Syria had thwarted an Iranian attempt to launch attack drones against Israel. That claim is unconfirmed, but it is quite plausible that, as suggested by Israeli sources, Iran was indeed planning such an operation to retaliate for the Israeli attacks last month in Iraq. One searches in vain for hostile operations that are unprovoked and not attempted tit-for-tat responses to Israel’s own actions.

The escalated Israeli military campaign exhibits some longstanding attributes of Israeli policies and practices. One is to assert a right to seek absolute security even if that means absolute insecurity for everyone else. The mere possibility of someone harming Israel is taken as sufficient reason to inflict certain harm on someone else. Israeli Prime Minister Benjamin Netanyahu, in commenting on the most recent Israeli operations in Syria, said that Israel “won’t tolerate attacks on its territory.” Evidently that means asserting the privilege of attacking anyone else’s territory, even if those countries have not already attacked Israel.

Domestic politics figures into such matters, in Israel as elsewhere. With an Israeli election looming, Netanyahu has a political reason to use aggressive operations to bolster his image as a tough-minded guardian of Israeli security.

Iran as the never-ending scapegoat

The operations also are part of the larger anti-Iran theme that the Israeli government uses to keep a regional rival weak, preclude any rapprochement between that rival and the United States, blame someone other than itself for all the ills of the region, and distract international attention from subjects involving Israel that Netanyahu’s government would rather not talk about. The Israeli government wants to retain Iran permanently as a perceived threat, loathed and isolated, rather than to negotiate away any issues or problems involving Iran. Netanyahu demonstrated this when, after years of sounding an alarm about a possible Iranian nuclear weapon, he opposed the very agreement that closed all possible paths to such a weapon. His government demonstrated it again this week when it opposed President Trump’s expressed willingness to meet and negotiate with Iranian President Hassan Rouhani.

Israel’s heightened military aggressiveness has multiple bad consequences, in addition to being an affront to the sovereignty of multiple regional states. It pours gasoline on fires in places that need de-escalation, not escalation. It is certain to provoke more attempts at retaliation. Hezbollah Secretary-General Hassan Nasrallah was quite explicit in promising such retaliation in response to the recent Israeli attacks in Lebanon.

Given the close U.S. association with Israel, the Israeli attacks disadvantage the United States in its own relations with the affected states, in the form of increased resentment and lessened willingness to cooperate with Washington. This type of reaction is appearing today in Iraq, as a result of the Israeli attacks there. The episode has been the occasion for a powerful bloc in the Iraqi parliament to call for the withdrawal of all U.S. troops from Iraq and for shouts of “Death to America” to accompany “Death to Israel” at the funeral of one of those killed in the attacks.

No benefits offset these harmful consequences. It is useful to recall the previous time, before last month, that Israel attacked Iraq: the bombing of an Iraqi nuclear reactor in 1981. Far from setting back the Iraqi development of a nuclear weapon, the attack energized and accelerated what until then had been a semi-moribund program. Armed attacks on states have a way of provoking that sort of reaction.

U.S. policy has failed to recognize these realities. Following the attacks in Iraq, the Pentagon did issue a statement—in the course of denying direct U.S. involvement—that “we support Iraqi sovereignty and have repeatedly spoken out against any potential actions by external actors inciting violence in Iraq.” But such mild language will hardly deflect Israel from its present course when Secretary of State Mike Pompeo calls Netanyahu and, according to the official State Department statement, “expressed support for Israel’s right to defend itself from threats posed by the Iranian Revolutionary Guard Corps and to take action to prevent imminent attacks against Israeli assets in the region.”

It is not just current U.S. policy that fails to recognize realities, but also wider discourse in the United States about troubles in the Middle East. A question that needs to be pondered carefully is, “Who is destabilizing the Middle East?” Stoked by the Trump administration’s own unrelenting campaign of hostility toward Iran, the stock and overly simple answer has been, “Iran.” That is an insufficient answer even when excluding Israel from the picture. And Israel does get excluded, and excused, for the variety of reasons—ranging from religious doctrine and historical legacies to the inner workings of domestic U.S. politics—for the strong U.S. favoritism toward Israel.

It may be too much to ask for consistency rather than hypocrisy in such matters, but the rest of the world easily perceives the hypocrisy. It at least would be honesty to acknowledge that the U.S. approach toward the region has been shaped not by which players are or are not destabilizing the region, but instead by U.S. fondness for some players rather than others.

Paul R. Pillar is Non-resident Senior Fellow at the Center for Security Studies of Georgetown University and an Associate Fellow of the Geneva Center for Security Policy. He retired in 2005 from a 28-year career in the U.S. intelligence community. His senior positions included National Intelligence Officer for the Near East and South Asia, Deputy Chief of the DCI Counterterrorist Center, and Executive Assistant to the Director of Central Intelligence. He is a Vietnam War veteran and a retired officer in the U.S. Army Reserve. Dr. Pillar’s degrees are from Dartmouth College, Oxford University, and Princeton University. His books include Negotiating Peace (1983), Terrorism and U.S. Foreign Policy (2001), Intelligence and U.S. Foreign Policy (2011), and Why America Misunderstands the World (2016).