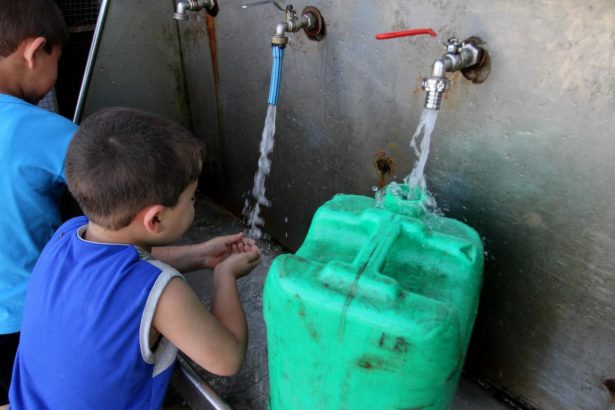 It’s not just Palestinian houses that are demolished by Israel. This week it was irrigation pipelines. No warning – just a bulldozer accompanied by Israeli army.

Basharat added that the destroyed water line used to irrigate 80 watermelon acres, adding that it had also been irrigating some 400 acres in Ain Al-Sakut.

The targeted Palestinian lands, Basharat noted, were recently recovered by its owners from the Israeli settlers following a decision that was announced by the Israeli Supreme Court in 2014.

The landowners have not been notified ahead the destruction of the pipeline, the Palestinian official stressed.

Israel frequently demolishes Palestinian homes and structures in the Jordan Valley area under the pretext of lack of permits.

Officials believe that the Israeli frequent demolitions in the Jordan Valley area aim at displacing Palestinians and seizing their lands to build new settlements.

The Jordan Valley area is located in the Area C, which represents more than 60 per cent of the West Bank and is fully controlled by Israel.