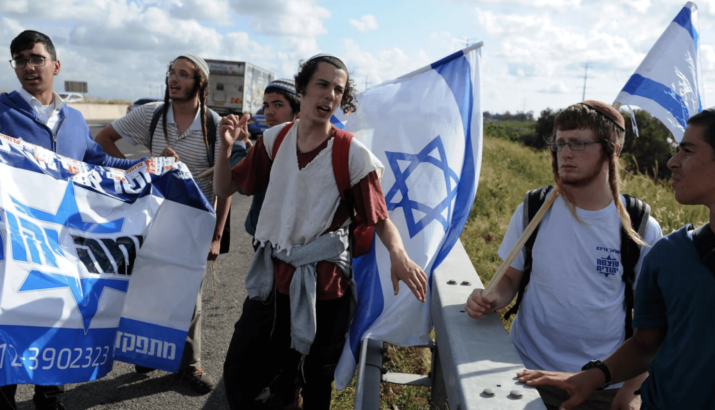 In Israel, two Palestinian political parties and one Jewish member of a mostly Palestinian party have been banned from running in the April 9th election; meanwhile a radical Jewish candidate stays in, both after the Attorney General recommended the exact opposite.

The Washington Post reported that Israel’s electoral committee has decided to ban two Palestinian parties and one liberal Jewish, pro-Palestinian rights candidate from running in next month’s elections.

At the same time, the committee retained an extreme right-wing candidate, in spite of a recommendation from Israel’s Attorney General to bar him.

The Palestinian parties, Ra’am (United Arab List) and Balad, and Jewish candidate Ofer Cassif, who was running on the mostly Palestinian Hadash-Ta’al ticket, were removed based on petitions from right-wing factions, including Likud, the party of Prime Minister Benjamin Netanyahu – petitions which the Israeli Attorney General had rejected.

The Ra’am/Balad bloc, which describes its platform as “the most democratic policy platform — a state of all its citizens,” had been expected to land about five of the 120 seats in the Knesset.

Cassif’s faction is characterized by one of its members as “a democratic Arab list that is seeking to represent Arab society with dignity and responsibility.”

The right-wing candidate, Michael Ben Ari, whose name will stay on the ballot, is part of the Otzma Yehudit (“Jewish Power”) party, which includes disciples of Rabbi Meir Kahane. Kahane’s party, Kach, was banned in Israel in 1988, and is considered a terrorist organization in the US.

This pair of decisions, both made counter to the Israeli Attorney General’s recommendations, drew sharp criticism from Israeli Palestinian leaders

The decision to disqualify the list is a political, racist and populist decision aimed to deliver a blow to the political representation of Arab citizens. It is no surprise that a panel of racist parties that do not want to see Arabs in the Knesset is targeting us. Balad is a slate that presents a democratic platform and works to promote equal rights.

In the Israeli Central Elections Committee meeting that culminated in the ban, the two parties and Cassif were accused of “either express[ing] views supporting terror or reject[ing] Israel’s right to exist as a Jewish state.”

According to Ha’aretz, Cassif compared Israel and the Israel Defense Forces to the Nazi regime – a charge which he did not deny, but explained as a “metaphor.”

In a recent interview, Cassif had also referred to Israeli policy toward Palestinians as “creeping genocide.”

The Balad-Ra’am party was accused of “seeking to eliminate Israel as a Jewish state, and support[ing] the violent Palestinian resistance and Hezbollah, and most of its members are supporters and backers of terror,” allegations which the Attorney General dismissed as lacking evidence.

In Israel, declaring support for Hamas, the democratically elected, governing body of Gaza, is considered “supporting terror,” and is sufficient reason for a party or individual to be removed from the ballot.

Likewise, stating the opinion that Israel is “not a Jewish and democratic state” also results in being banned.

PM Netanyahu stated regarding the decision, “Those who support terrorism will not be in the Israeli Knesset!”

Netanyahu has recently made a deal with the Jewish Power party that will likely bring that extremist – and in the US, terrorist – group a seat in the Knesset.

Ayman Odeh, leader of the Hadash party, found it ironic that “Kahanists, who believe Israel should be only for the Jews and that the Arab population should be forcibly transferred, are now seen as legitimate, while those who advocate for peace are not allowed to run for the Knesset.”

The Israeli Supreme Court will hear the case for the two parties and Cassif next week. In the past, the court has overturned such bans.

Meanwhile, Palestinian politicians recognize that Palestinian citizens of Israel have been sidelined for half a century, but are torn. On the one hand, encouraging voters to turn out enables Israel to continue to call the state a “democracy”; on the other hand, supporting the tradition of boycotting elections as a protest against the normalization of the occupation guarantees little representation in government.

One Palestinian Israeli candidate, Heba Yazbak, declared, “What is happening in Israel today is very dangerous, we are worried that the coming government will make us feel even more excluded from this country.”