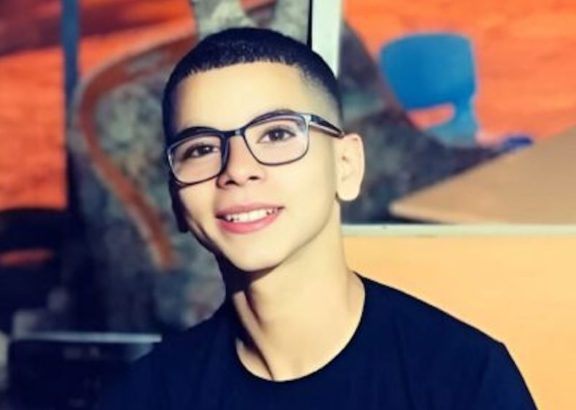 Israeli soldiers killed Ahmad Amjad Shehada, 16, with a bullet to the head…

Dozens of Israeli military vehicles, including at least one armored bulldozer, invaded the West Bank city of Nablus...

Israeli forces have killed about 200 Palestinians, including 57 children, since the beginning of this year…

A few hours later an Israeli teen was also killed, bringing the total of Israelis killed in 2022 to 26

On Wednesday dawn, Israeli soldiers killed a child and injured 32 Palestinians, one seriously, in addition to causing dozens to suffer the effects of tear gas inhalation, during protests that took place after the army accompanied dozens of colonizers into Nablus in the northern part of the occupied West Bank.

The Palestinian Health Ministry has confirmed that the soldiers killed a child, Ahmad Amjad Shehada, 16, after shooting him with a live round in the heart.

Ahmad Jibril, the head of the Emergency Department at the Nablus office of the Palestinian Red Crescent Society (PRCS), said the soldiers also shot ten Palestinians with live fire, including one who suffered a serious gunshot injury to the abdomen.

Jibril added that the soldiers shot twenty-two Palestinians with rubber-coated steel bullets, three with shrapnel from live rounds, and seventy-five who suffered the severe effects of tear gas inhalation. In addition, one Palestinian was struck with a concussion grenade in the head.

The invasion was carried out by dozens of military vehicles, including at least one armored bulldozer, and targeted the eastern area of Nablus to allow illegal colonizers to tour Joseph Tomb, leading to massive protests, before the soldiers fired dozens of live rounds, rubber-coated steel bullets, gas bombs, and concussion grenades.

The Palestinian Health Ministry said the soldiers killed 200 Palestinians, including 57 children, since the beginning of this year and added that 52 of the slain Palestinians are from the Gaza Strip. [During this time 27 Israelis have been killed; most of them were soldiers, some were illegal colonizers on stolen Palestinian land.]

Joseph, the patriarch, is revered by Jews, Muslims, Christians, and Samaritans alike; however, the Israeli military allows Jews to visit as part of organized pilgrimages, despite the site being in Area A, where the PA has full control and prohibits Muslims from worshiping at the site.

Ultra-orthodox and nationalist Jews regularly try to visit the shrine without approval, as many Jews believe the tomb to be the final resting place of the biblical figure in the Old Testament.

This is a developing story; check back for possible updates.

UPDATE: More information about the Jerusalem bombings is here. Israeli Ynet News said, according to the preliminary evaluation of the bombings, it is believed that several persons are behind the attack that seems to have been in the planning stage for a long period, adding that it does not appear that it was conducted under the direction of the leadership of any armed group.

UPDATE: Hours after Israeli forces killed Ahmad, two separate explosions in Jerusalem killed a 16-year-old Israeli-Canadian, Aryeh Shechopek, and injured 12 others according to Israeli officials. Israeli police said that the incidents are suspected of being Palestinian attacks. This would bring the total of Israelis killed this year to 30, compared to about 200 Palestinians killed. More info about the incident is here.