You Are Here: Home → Increase in settler attacks on Palestinians has Israel worried – about Israelis, not Palestinians 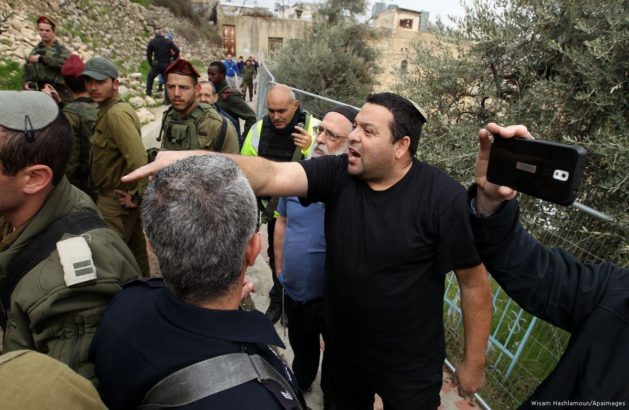 Israeli security officials have expressed their concerns that an increase in attacks by extremist Jewish settlers on Palestinians in the occupied West Bank could increase communal tension, Israel Hayom reported on Wednesday.

“Palestinians are growing increasingly agitated over the ‎issue,” said the newspaper, “and Israeli officials say that unless something is done to ‎curb the phenomenon, the simmering tensions will reach boiling ‎point sooner rather than later.” It added that “several” Palestinian villages and towns have formed “defence ‎committees” to target Israeli vandals who scrawl graffiti, slash tyres ‎and sometimes even attempt to burn down buildings.

“Data shows that while there were ‎‎79 price tag attacks in 2017, there have been 118 such incidents reported ‎this year so far.” Price Tag is the name given by the Jewish settlers to the attacks and violence they carry out against the Palestinians.

Such attacks have proven to be deadly on occasion. In July 2015, for example, a group of extremist Jews from an illegal settlement in the occupied West Bank carried out one of the most deadly of these attacks on the village of Duma near Nablus. There they set fire to the house of the Palestinian family of Said Dawabsheh, resulting in the death of the family’s father, mother and 18-month-old child. Another child was left with severe burns and he required treatment for extensive burns. Although now recovered, he expects to carry the physical and mental scars for the rest of his life.

According to Israel Hayom, security officials are concerned that if an Israeli ‎vandal is caught by a Palestinian mob, he would be in danger of being lynched. “That would be sure to trigger significant escalation on the ‎ground.”