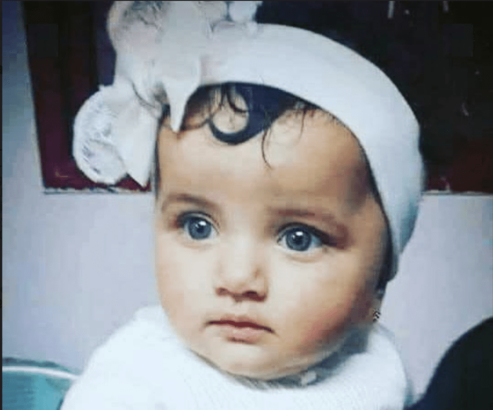 This was a baby. In a tent. Israeli military fired tear gas into tents which were known to contain families, medical teams, and injured protesters. Israel has some explaining to do.

Little Laila was in a “return tent,” when an Israeli drone fired tear gas inside the tent.

Dozens of tents were erected along the border, each one labelled with the name of a town that was depopulated in the creation of the state of Israel. The tents are used by medical teams as they treat the injured, and also by families as they rest and reminisce about their homeland.

The Israeli military used drones to fire tear gas, and in some cases firebombs, into the tents today. At least 3 paramedics were injured.

Protest organizers encouraged families to attend the demonstrations, explaining that Gazans were committed to nonviolence. Resistance to the occupation is a family affair for most Palestinians.