You Are Here: Home → Thank you, Breaking the Silence and If Not Now

Thank you, Breaking the Silence and If Not Now 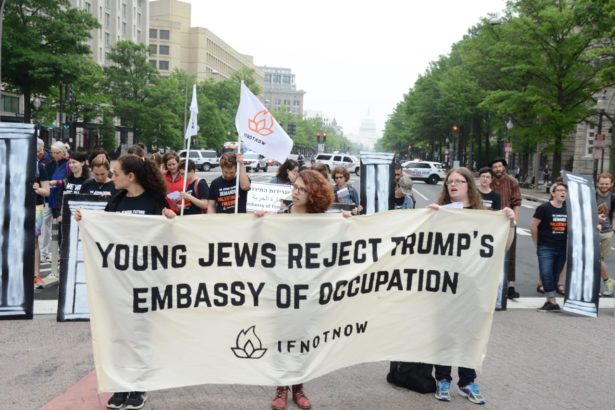 As the new U.S. embassy opened in Jerusalem, and 55 Palestinian protesters in Gaza died at the hands of Israeli snipers, young Jews blocked traffic in Washington DC outside the Trump International Hotel for two hours to protest the administration’s move.

Palestinians are not alone in their struggle for the right of return. Some Jewish and Israeli organizations raise their voices for justice. 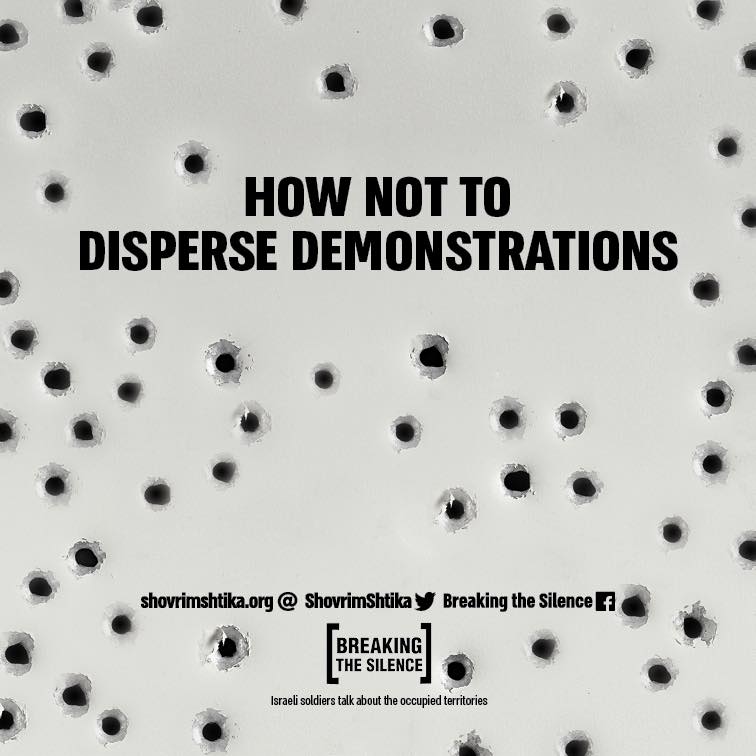 “The reckless killing of 58 Gazans is the outcome of the ongoing occupation, indicating this country’s loss of moral leadership. As soldiers who served there, it’s clear to us: demonstrations must not be dispersed with live ammunition.”

By 8pm local time (+2 GMT) on 14 May 2018, the Israeli forces had killed 57 protesters in the Gaza Strip. Among those killed were 6 children and 1 person with disability. At least another 2,000 persons were injured, including 304 children, 77 women, 10 journalists, and 3 paramedics. 1,114 of the injured were shot with live ammunition and at least 70 persons are in serious or critical condition at hospitals, according to medical sources.

Israeli forces escalated attacks on journalists, using live fire and injuring 10 while they covered the demonstrations, even though they were wearing visible PRESS-marked vests.

While senior White House officials were in Jerusalem today to mark the opening of the U.S. embassy, and 55 Palestinian protesters in Gaza were killed by Israeli forces, young Jews with the group If Not Now blocked traffic in Washington DC outside the Trump International Hotel for two hours by erecting an “Embassy of Freedom” to protest the administration’s move.

Rebecca Hornstein, a Rabbinical school student from Philadelphia said, “Moving the U.S. embassy to Jerusalem puts the U.S. stamp of approval on the ongoing evictions and dispossession of Palestinians in East Jerusalem and the ongoing violence directed at Palestinians in Gaza and the West Bank– all of which are counter to Jewish values.”

“The images coming out of the region could not be starker: American and Israeli officials smiling and celebrating in Jerusalem contrasted with dead and wounded Palestinians in Gaza,” said protester Lila Weintraub, an IfNotNow member in DC, “Now is when our community needs to choose a side: will they support the Trump and Netanyahu alliance or speak out for Palestinian freedom?”

A statement for the group said President Donald Trump’s move of the embassy is an “endorsement of the policies of the Israeli occupation” and tied Trump to “the extremist policies” coming from Israel.

Add your name to their petition rejecting the embassy move and calling for freedom and dignity for all: bit.ly/NoEmbassyOfOccupation