You Are Here: Home → House passes bill requiring US to monitor European criticism of Israel 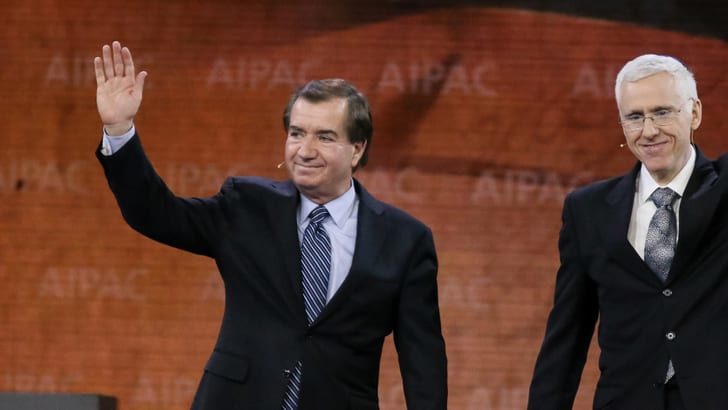 Ed Royce, pictured here at the 2014 AIPAC Conference, commended the bill for encouraging the adoption of a uniform definition of anti-Semitism. The new definition focuses on Israel.

WASHINGTON (JTA) — The U.S. House of Representatives unanimously approved a bill that would add greater detail to State Department reporting on anti-Semitism in Europe.

The Combating European Anti-Semitism Act of 2017 passed Wednesday requires the State Department to report to Congress on security challenges to European Jewish communities and to the police forces where they live, and on efforts in Europe to educate against anti-Semitism.The bill, which must be approved by the Senate and then signed by the president, also encourages European nations to adopt a uniform definition of anti-Semitism.

The bill, which must be approved by the Senate and then signed by the president, also encourages European nations to adopt a uniform definition of anti-Semitism.*

The State Department currently must report to Congress on the level of threats against Jews in European countries.

“This bill would require the U.S. government — and encourage our global partners — to continue to take a hard look at anti-Semitism in Europe, provide a thorough assessment of trends, and outline what the United States and our partners are doing to meet this challenge,” said a statement from the Bipartisan Taskforce for Combating Anti-Semitism.

The co-chairwomen of the task force are Reps. Ileana Ros-Lehtinen, R-Fla., who is also the chairwoman of the House Middle East subcommittee, and Nita Lowey, D-N.Y., also the ranking Democrat on the House Appropriations Committee.

Congressional leadership backed the bill. Rep. Ed Royce, R-Calif., the chairman of the House Foreign Affairs Committee, commended the bill for encouraging the adoption of a uniform definition of anti-Semitism.

“Absent a clear-eyed definition of anti-Semitism, perpetrators of violent attacks have at times been given a pass for their actions due to the flimsy defense of political protest,” Royce said in his remarks on the House floor prior to the vote.

“Adoption across Europe of a single definition of anti-Semitism would provide an important foundation for law enforcement officials, enabling them to better enforce laws and develop strategies for improved security for the Jewish community.”

* For essential background information on the new Israel-centric definition they are promoting see:  International campaign is criminalizing criticism of Israel as ‘antisemitism’