You Are Here: Home → Home demolitions in West Bank on the rise; already 1 home destroyed in 2019

Home demolitions in West Bank on the rise; already 1 home destroyed in 2019 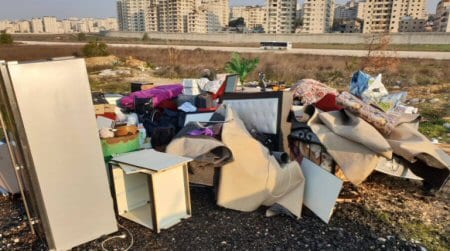 Why would 2019 be any different from 2018? Israeli demolition of Palestinian homes goes on unabated, as though it were a completely legal occurrence. In fact, 2018 saw a 21% increase over 2017.

On Wednesday, January 2, 2018, Israeli forces demolished a Palestinian-owned home in the Jerusalem district.

The house belonged to the Maghrabi family. It was built five years ago in al-Matar area of the Qalandia neighborhood on the Jerusalem side of the Israeli wall that surrounds the West Bank. Six members of the Shweiki family lived in the home, reports al-Jazeera. Following the demolition, residents’ belongings were left stacked outside next to the rubble of what used to be their home.

Israeli authorities claim that the house lacks construction permits. According to the Wadi Hilweh Information Center, the owner of the house Hamza al-Mughrabi has attempting licensing his house under Israeli law for years. 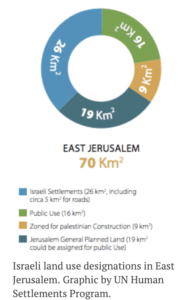 Palestinian neighborhoods in Jerusalem are the target of Israeli settlement plans, which aim to link four concentric circles of settlements, starting with the Old City, followed by the “Holy Basin” (Silwan, Sheikh Jarrah, a-Tur, Mount Zion, and the Kidron Valley), Jerusalem’s annexation border, and finally the West Bank.