You Are Here: Home → Hamas and PA Agree: Israel to Blame for Gaza Assassination Attempt on Palestinian PM 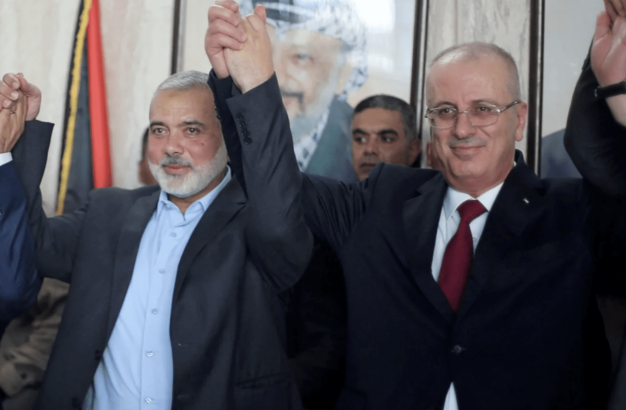 At first, fingers pointed at Hamas. Today Palestinian leaders agree that Israel is behind the deed, and that the head of Gaza’s Interior Ministry will lead the investigation into the assassination attempt.

The two agreed that Israel and its collaborators are responsible for the attempt on Hamdallah’s life. The Palestinian leaders also agreed that General Tawfiq Abu Naim, head of Gaza’s Interior Ministry, will lead the investigation into the incident.

Initially, the Palestinian Authority blamed Hamas for the explosion, which it said targeted Hamdallah’s convoy. According to reports, several people were lightly wounded in the incident. Gaza’s Interior Ministry said several suspects have been arrested and a manhunt is underway. 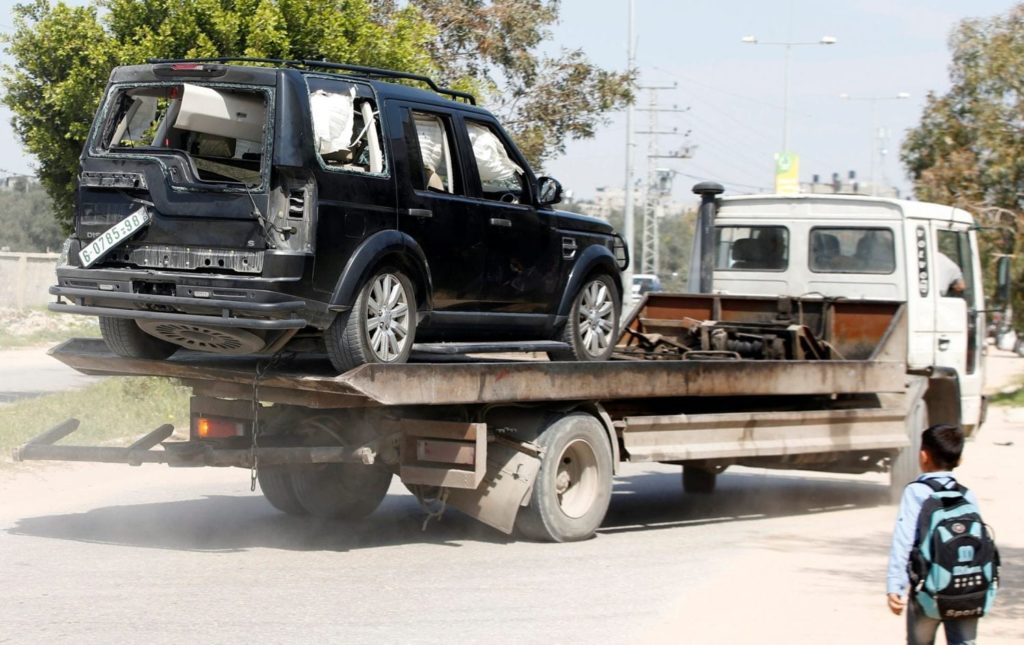 Hamdallah entered the Strip at 10 A.M. with Palestinian intelligence chief Majid Faraj for a visit that was planned five months ago. The purpose of the visit was to open a waste treatment plant that the Palestinian Authority helped finance. Hamdallah also met with senior Hamas officials on the subject of the stalled reconciliation talks between Hamas and the PA.

The explosion went off when Hamdallah’s convoy had driven some 200 meters into the Gaza Strip after entering through Erez Crossing on the Israeli side. According to Arab media, Hamdallah and Faraj were not injured. Hamdallah’s convoy left the Strip shortly after the incident.

Following the assassination attempt, Hamdallah said he is still committed to Palestinian unity. He added that three cars were damaged as a result of the blast.

“I will return to Gaza despite what happened today and I call on Hamas to allow the government to effectively control the Gaza Strip,” Hamdallah said, adding: “What happened today will not stop us from continuing reconciliation efforts.”

“Despite what happened we will continue to build our institutions and we will press on with the reconciliation efforts with the help of Egypt,” Hamdallah said. “I call on Hamas and all other factions to take part in the national Palestinian council that will convene in April, because this is a critical phase for the Palestinian people.”

According to Hamdallah, “we will allow no one to destroy the national Palestinian project… we will not allow those with a foreign political agenda to dictate to us what happens in Gaza.”

After the incident, hundreds of supporters gathered at the entrance to the prime minister’s office in Ramallah to show solidarity with Hamdallah.

Immediately after the explosion, senior Palestinian Authority officials contacted Yoav Mordechai, the coordinator of government activities in the territories, asking to coordinate their departure from the Gaza Strip. The Israeli military said medical personnel could wait at the Erez Crossing to treat those wounded in the incident.

Hamas condemned the “criminal act” and said it is aimed at harming stability and the reconciliation efforts. Hamas’ spokesman added: “We are surprised to hear the direct accusations by the office of the Palestinian President which serve… we call on security forces in the Strip to investigate and bring those responsible to justice.”