You Are Here: Home → Ha’aretz: Once a Messiah, Trump Could Turn Out to Be the Israeli Right’s Worst Nightmare

Ha’aretz: Once a Messiah, Trump Could Turn Out to Be the Israeli Right’s Worst Nightmare 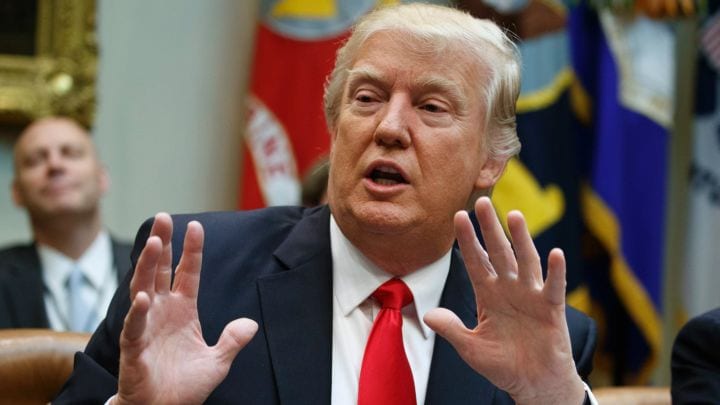 You don’t have to love Donald Trump to enjoy him sometimes. Over the weekend, Trump spoke to Palestinian President Mahmoud Abbas and upset – and if he didn’t, he should have upset – the entire Israeli right. A U.S. president who states his commitment to a “comprehensive agreement that would end the Israeli-Palestinian conflict” and who emphasizes “his personal belief that peace is possible and that the time has come to make a deal” is one who spells trouble for Jewish settlers and their champions. From a messiah elected by divine miracle to deliver Israel from the injustices perpetrated by his predecessor, Trump could turn out to be the Israeli right wing’s worst nightmare.

Swept away by their celebration of Barack Obama’s political demise, the Israeli right paid little attention to the fact that while he was proclaiming his wish to move the U.S. embassy to Jerusalem, and as his Jewish aides were promising Israelis that they’ll be able to settle wherever their hearts desire, Trump was uncharacteristically consistent in his pledge to seek an Israeli-Palestinian deal and in claiming that such a deal was possible. As someone who views himself as the greatest dealmaker in the universe, he didn’t hide his ambition to close “the most difficult deal of all.” This resoluteness should have triggered multiple alarms among the settlers and their supporters, but the unhinged demonization that the right wing did to Obama, as well as its recurring wish to experience divine deliverance from oppression to redemption, blinded their eyes to the troubles that may lie ahead.

Obama, after all, had to take into account the pro-Israel lobby, the Republican-led Congress and the staunch Israel supporters in his own Democratic Party. Netanyahu exploited them all, sometimes successfully, as he did in 2011 by derailing Obama’s peace plans, and sometimes unsuccessfully, as in the nuclear deal with Iran. Trump is a completely different story. The GOP won’t dare confront him as it would Obama. It has already shown remarkable ideological flexibility in domestic affairs, as the new GOP health bill meant to replace Obamacare shows, and in foreign affairs, as in Vladimir Putin morphing into a right-wing American hero. In a confrontation with Trump, Netanyahu could find himself alone in the battlefield, without any real allies to rely on. If Trump is his BFF, as the prime minister is now telling everyone, perhaps he has nothing to worry about. But if Trump cares only about Trump, which sounds much more reasonable, Netanyahu may rue the day he was happy to be rid of Obama.

The question whether Trump said or didn’t say the magic words “two states” is meaningless. There are numerous ways not to reach an agreement, including building new settlements so that hope for contiguous Palestinian territory is lost forever, as well as annexing the city of Maale Adumim near Jerusalem, or all of Area C in the West Bank, or establishing Palestinian pockets of autonomy, cantons or apartheid-like Bantustans.  But there is only one way to achieve an agreement, even if the Israeli right has convinced itself and others that if they deny it often enough it will disappear forever, voodoo-style.  The picture could become clearer on Monday and Tuesday, following the talks that Trump’s emissary Jason Greenblatt will hold in Jerusalem and Ramallah. Source