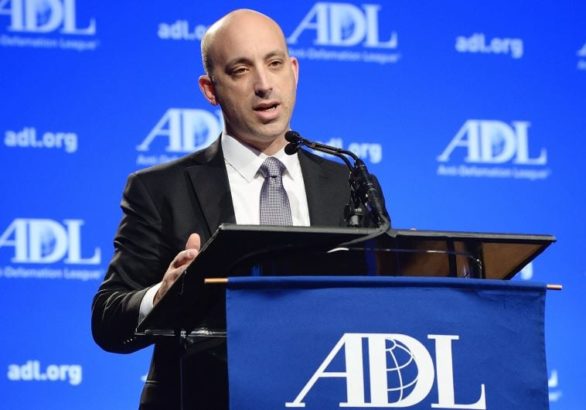 The Anti-Defamation League (ADL) has announced that it will build a “a state-of-the-art command center in Silicon Valley” to monitor and fight anything online that it determines is “hate.”

The ADL is known for attacking individuals who criticize Israel as allegedly “anti-Semitic.” Its website states: “ADL has always been a strong voice for Israel.”

Critics of the organization have noted that its fundraising strategy relies on finding “anti-Semitism” and charge that it often exaggerates this threat.

A former Israeli minister stated that Israel and its partisans often use the charge of anti-Semitism against those who speak discuss Israel’s oppression of Palestinians: “It’s a trick, we always use it.” The ADL was the initiator of hate crimes legislation in the United States, launching this campaign in 1981.

According to the ADL’s press release on the project, the new center “will write reports, compile data, and “provide insights to government and policy makers.” The center will use the “best-in-class technology,” according to Greenblatt.

“This is a natural extension of the cyber hate work ADL has been doing for decades,” Greenblatt said, “and builds on the new presence we established last year in the Valley to collaborate even closer on the threat with the tech industry.”

The Omidyar Network is providing seed funding for the project. According to its website, Omidyar Network is a “philanthropic investment  firm” that works to “catalyze economic and social change.” Founded by Ebay creator Pierre Omidyar, the organization has dispersed over a billion dollars since its inception in 2004.

According to the ADL release, “The new center will leverage ADL’s long-standing relationships with law enforcement.“ It will evaluate artificial intelligence, big data, augmented/virtual reality, and other technologies as potential tools.

The center’s director will be Brittan Heller, who joined the ADL in September 2016 from the U.S. Department of Justice.

According to the ADL, “Over the next several months, Heller, Greenblatt, and the ADL team will engage with a wide range of stakeholders in Silicon Valley and beyond as they work to stand up this new center.”

Below is the trailer for a documentary on the ADL made by Israeli film director Yoav Shamir: