You Are Here: Home → Ha’aretz: ‘I Was Just Following Orders.’ What Will You Tell Your Children?

Ha’aretz: ‘I Was Just Following Orders.’ What Will You Tell Your Children? 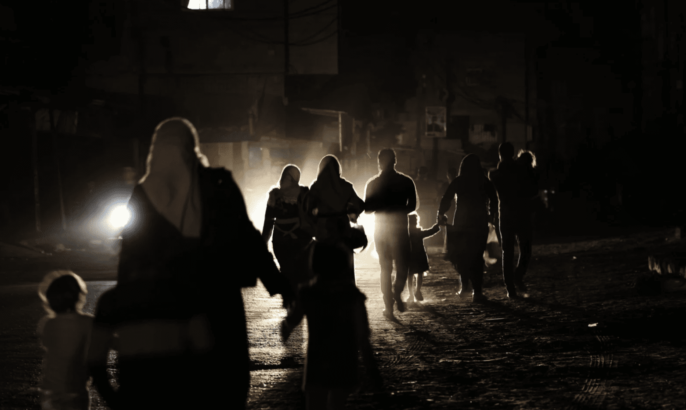 ‘How did you destroy villages?’ one daughter will ask. ‘How did you agree to imprison two million people?’ another will whisper. The answers will only make their weeping louder.

Maybe the day will come and young Israelis – not one or two, but an entire generation – will ask their parents: How could you? If the question is asked, our situation will already be better because it will signal the post-herd stage of the Israeli existence.

The problem is we cannot know when this will happen. In another 70 years? In another 50? How low can we sink in our choosing to go along with the herd, wicked and enjoyable in its own right? What nadir must we reach before the young people are shocked about what their parents and grandparents did and stop imitating them, an emulation that is also an upgrade of sorts.

Let us allow ourselves a minute of optimism, and assume that the question will be asked before it is too late. With just a bit more optimism, let us say they will be the 4-year-olds of today, or those who are born in another few months. Congratulations.

The question “how could you?” will split into a few sub-questions. For example: Why did you consent? You really didn’t know? Don’t talk nonsense — after all, the information was published in real time, and in abundance. You didn’t need to wait for someone to be released from a forced labor camp in Siberia and appear at the door a few months later to tell the story.

Why didn’t you care? Why did you remain silent? How could you have gone out hiking on the weekends, watch television and movies, go shopping in the new mall and work on your master’s degree in history of the gulags or run a business from your home, choose concerts and plays in London and go to the soccer game every week – and also renovate the house as if everything was normal?

The parents may be embarrassed and say: “You have to understand, it wasn’t just us. Our neighbor Adina too, who was a famous professor of the history of anti-Semitism, lived normally – between her trips abroad, conversations in the supermarket and interviews on radio and television. She too remained silent on those matters, and loved to hear the later sonatas of Beethoven and Bartok.” And then the mother will correct the father: “What’s the matter with you? She wasn’t an expert in anti-Semitism, but on species of butterflies going extinct.” The argument between the two will spill over into other arguments, and that is how they will avoid answering their daughter’s question.

Other parents may apologize. “You must understand,” they will say. “We were afraid of terrorism.” And the children will press on: How does the fight against terrorism turn into destroying water pipes and cisterns for collecting rainwater, and quotas for drinking water for specific groups of people at a time when we were enjoying an abundance of water? The father will twist and turn and say he “was not responsible for the quota. Ask the children of Mordechai and Ori about that, and nu, what was his name, the infrastructure minister?” The son – forgive him for his interruptions, he is a teenager – will yell: But you drove the bulldozers that destroyed the cisterns. Grandpa told me about it, proudly, before he died. The father will correct him: “An excavator, not a bulldozer — and I was among the soldiers who aimed their rifles at the little buggers who didn’t throw stones at the drivers.”

The certificates of distinction for senior commanders in the IDF’s Civil Administration will be hung in the living room until the girls come and tear them off the walls in anger. How did you destroy villages and expel their residents, one daughter will sob, and her crying will only increase when she hears the answer: “I carried out orders.”

How did you keep thousands of students who wanted to study in a better university from leaving, another daughter will scream and leave home slamming the door when she hears the same answer: “I was only following orders.” How could you agree to imprison two million people, the third daughter will whisper, and she will not believe her ears when she hears her father’s answer: “I got used to it.”

How did you ban construction for them and build a luxury neighborhood for others, a daughter will bitterly ask her mother the architect, the former head of the planning and construction department? And she will answer: “The elite always deserve more. That is the historical rule. The others simply do not need what we have. And this is also what caused many of them to leave, in the end, so you can live in a spacious house with a large garden.”

Another mother will stutter that she deserves thanks for pushing the button that released a missile from a drone, that’s how they called it at first. “I was young. They classified me as a combat soldier. And they were just shapes on a screen.” Another father will admit that on the stock of his sniper rifle he carved 17 X’s, until he ran out of room. “We were children,” he will explain. “We learned to shoot, and they ran around in front of us on the other side of the fence and I wanted to prove to myself and my commanders that I was good at it.”

Another father did not carve X’s because he did not count how many died from the bombs he dropped from his plane. Yet another father will say that this is nothing compared to the numbers of them we killed in the previous wars. “This is the only proven way to keep them under control,” he will say in his scientific tone. “And this is how we caused others to leave too, so they would open up a lot of land for your prestigious university.”

How did you allow all this, a brilliant student of law and philosophy will ask his mother, the retired former president of the Supreme Court? Now she can free up her time for her hobby of growing orchids. And she will answer him: “We didn’t approve everything.” The main things you did approve, he will persist. You decided in your rulings that we were the master race. And she will answer him, while she is busy spraying the plants with distilled water: “And after all, that’s the truth.”