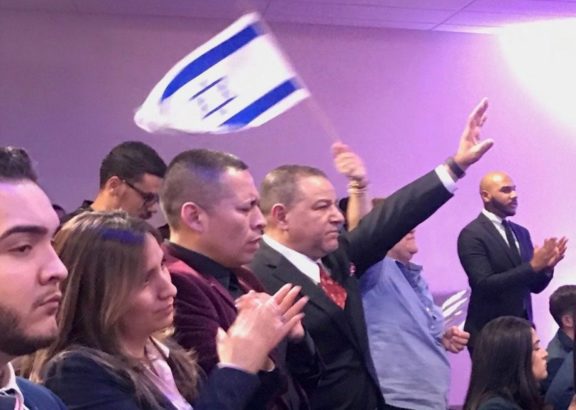 NEW YORK —  Ha’aretz reports that U.S. Jewish organizations are increasing their outreach efforts in Latino communities across the country to make more friends for Israel.

The ACJ’s director of their Institute for Latino and Latin American affairs said:

As Latinos started becoming more visible politically and people started talking about awakening the sleeping giant with incredible electoral potential, Jewish groups started paying attention…We want Latinos to understand what are the issues that are on the Jewish agenda. They are going to be voting, making decisions about things that are important to us. We want to make sure that they are sensitized.

Organizations like the New York Jewish Community Relations Council say that they’ve stepped up their focus on Hispanic community leaders by taking them on all-expenses paid trips to Israel.

Dani Dayan, Israel’s consul general in New York, told the publication that building relationships with the Latino community is his “number one non-Jewish priority.” He explained why:

Latinos are the fastest-growing community in this country, and in 2060 … more than 30 percent of the American electorate will be Latino. Israel will not be able to maintain the level of support it has in American society if it neglects a third of society.

Read the full article at Ha’aretz.

Related article: Why Israel wants to create an alliance with U.S. Hispanics