You Are Here: Home → Giraldi: bowdlerizing language on behalf of Israel 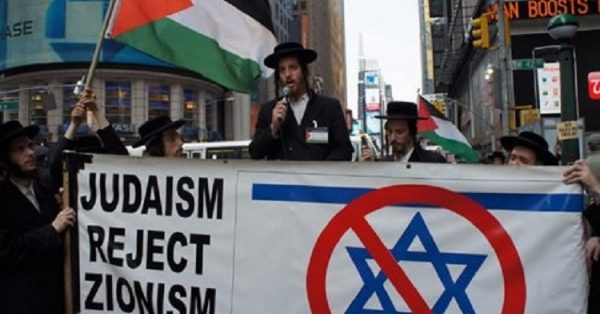 Words to criticize Israel are fast disappearing … Pressure groups who seek to benefit Israel exclusively have been aided and abetted by the so-called U.S. Ambassador to Israel, David Friedman, to suppress the use of words that cast Israel in a bad light. Most contentious is the elimination of the word “occupation” in State Department reporting to describe the wholesale illegal Israeli seizure of land in Palestine.

By Philip Giraldi, reposted from The Unz Review

Regular visitors to this site will be aware that I frequently write about the massive propaganda campaign being run by supporters of Israel to conceal the damage done by the Jewish state to actual United States’ interests.

One of the more interesting aspects of that effort is the bowdlerization of language to extirpate some words that might have anti-Semitic overtones and to twist the meaning of others in such a fashion as to deprive them of any meaning. Providing loans at usurious rates of interest used to be regularly referred to “Shylocking” even in legal circles, named after the Shakespearean character in the Merchant of Venice. It is an obvious word just waiting around to be censored and has consequently disappeared from use.

Recently, those obvious expressions denoting ethnicity have been joined by a whole lot of words condemned by the American Jewish Committee that are a lot more subtle like “clannish,” “cosmopolitan” and “globalist.”

The AJC defines the alleged anti-Semitic expression “dual loyalty” as “…a bigoted trope used to cast Jews as the ‘other.’ For example, it becomes antisemitic when an American Jew’s connection to Israel is scrutinized to the point of questioning his or her trustworthiness or loyalty to the United States. By accusing Jews of being disloyal citizens whose true allegiance is to Israel or a hidden Jewish agenda (see globalist), anti-Semites sow distrust and spread harmful ideas—like the belief that Jews are a traitorous ‘fifth column’ undermining our country.” 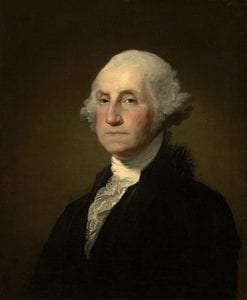 “…nothing is more essential than that permanent, inveterate antipathies against particular nations, and passionate attachments for others, should be excluded; and that, in place of them, just and amicable feelings towards all should be cultivated. The nation which indulges towards another a habitual hatred or a habitual fondness is in some degree a slave. It is a slave to its animosity or to its affection, either of which is sufficient to lead it astray from its duty and its interest… So likewise, a passionate attachment of one nation for another produces a variety of evils. Sympathy for the favorite nation, facilitating the illusion of an imaginary common interest in cases where no real common interest exists, and infusinginto one the enmities of the other, betrays the former into a participation in the quarrels and wars of the latter without adequate inducement or justification. It leads also to concessions to the favorite nation of privileges denied to others which is apt doubly to injure the nation making the concessions; by unnecessarily parting with what ought to have been retained, and by exciting jealousy, ill-will, and a disposition to retaliate, in the parties from whom equal privileges are withheld. And it gives to ambitious, corrupted, or deluded citizens (who devote themselves to the favorite nation), facility to betray or sacrifice the interests of their own country, without odium, sometimes even with popularity; gilding, with the appearances of a virtuous sense of obligation, a commendable deference for public opinion, or a laudable zeal for public good, the base or foolish compliances of ambition, corruption, or infatuation.”

If it seems that the First President was predicting the current subservient condition of the United States vis-à-vis Israel, I will leave that judgement up to the reader.

More recently, Jewish pressure groups who seek to benefit Israel exclusively have been aided and abetted by the so-called U.S. Ambassador to Israel David Friedman to suppress the use of words that cast Israel in a bad light. Most contentious is the elimination of the word “occupation” in State Department reporting to describe the wholesale illegal Israeli seizure of land in Palestine.

The “occupied territories” held by Israel for over fifty years are now described as “disputed” while Jewish settlements on Palestinian land once routinely described as illegal are now legal. Friedman has expressed his approval of those “disputed” bits being scheduled for “annexation” after July 1st. Perhaps he will come up with a new word to replace annex, possibly something like “restore” or “reunite.” Or “fulfilling biblical prophecy.”

Words are important because how they are used and their context shapes the understanding of the reader or listener. In the United States there has been a concerted effort to equate any criticism of Israel with anti-Semitism while simultaneously making anti-Semitism a hate crime and thereby converting what one might perceive as exercise of a First Amendment right into a felony.

This is largely being done as part of the plan to create a legal basis to suppress the growing Boycott, Divestment and Sanctions movement (BDS). Twenty-seven states have now passed laws criminalizing or otherwise punishing criticism of Israel, to include requirements to sign documents declaring opposition to boycotts of the Jewish state if one wants a government job or other benefits.

Donald Trump has also signed an executive order to combat what he calls discrimination against Jews and Israel at universities and there are several bills working their way through Congress that can criminalize BDS in particular, incorporating prison time and punitive fines.

But when it comes to protecting Israel in speech and in writing, no one outdoes the totally cowed Europeans. It is a criminal offense to challenge the many shaky details of the standard holocaust narrative in France, Germany and Britain and now the wordsmiths are hard at work to broaden what is unacceptable in speaking or writing.

A truly bizarre story comes from England, once upon a time the mother of parliamentary democracy and a model for those who cherished free speech.

One recalls that recently Labour Party leader Jeremy Corbyn was ousted after a sustained effort headed by the country’s Chief Rabbi marshalling what one might reasonably call Britain’s “Israel Lobby.” It was claimed that Corbyn was an anti-Semite because he believed in the human rights of the Palestinian people and had also attended several pro-Palestinian events. Since the departure of Corbyn, there has been a major effort by the totally subdued Labourites to purge the party of all traces of anti-Semitism to include criticism of Israel and any expressions of sympathy for the Palestinians.

The new Labour leader Sir Keir Starmer has apparently learned how to behave from the Corbyn experience. He has been crawling on his belly to Jewish interests ever since he took over and has even submitted to the counseling provided by the government’s “Independent Adviser on Antisemitism,” a special interests office not too dissimilar to the abomination at the U.S. State Department where Elan Carr is the Special Envoy for Monitoring and Combating anti-Semitism.

The adviser, Lord Mann, who like Carr is of course Jewish, has now insisted to Starmer that the use of words like ‘’Zionist’’ or ‘’Zionism’’ in a critical context must be regarded as anti-Semitism if Starmer wants to establish what he refers to as “comprehensive anti-racism” within the Labour Party.

Mann wants to confront what he refers to as “anti-Jewish racism” in Britain, saying that “the thing Keir Starmer has to do is stick with the clear definition of antisemitism, and not waver from that. The second thing he should do if he wants to really imbed comprehensive anti-racism including antisemitism across the Labour Party – then the use of the words Zionist or Zionism as a term of hatred, abuse, of contempt, as a negative term – that should outlawed in the party.”

Perhaps not surprisingly Lord Mann’s comments came during an online discussion with the Antisemitism Policy Trust’s director Danny Stone, one of the major components of Israel’s powerful U.K. Jewish/Zionist Lobby. A majority of British Members of Parliament of both parties are registered supporters of “Friends of Israel” associations, another indication of how Jewish power is manifest in Britain and of how spineless the country’s politicians have become.

Mann added: “If he does that, it gives him [Starmer] the tools to clear out those who choose to be antisemitic, rather than those who do so purely through their ignorance as opposed to their calculated behavior. I think he is seeing tackling antisemitism as one of those things that will be shown to mark that he is a leader.”

So, in Britain you are still presumably free to criticize Zionism, but not Israelis, as long as you do not use the word itself.

If you do use it in a critical way you will be one of those presumably who will be “cleared out [of the Labour Party] for choosing to be antisemitic.”

Do not be alarmed if similar nonsense takes hold in the United States, where already criticism of Israel, such as it is, eschews the word Jewish in any context.

Fearful of retribution that can include loss of employment as happened to Rick Sanchez at CNN, the few who are bold enough to criticize Israel regularly employ generic euphemisms like the “Israel Lobby” or “Zionism,” ignoring the fact that what drives the process is ethno- or religious based. However one chooses to obfuscate it, the power of Israel in the United States is undeniably based on Jewish money, media control and easy access to politicians.

When the friends of Israel in America follow the British lead and figure out that the word Zionist has become pejorative they too will no doubt move to make it unacceptable in polite discourse in the media and elsewhere. Then many critics of the Jewish state will have no vocabulary left to use, nowhere to go, as in Britain, and that is surely the intention.

Philip M. Giraldi, PhD is a former CIA analyst and military intelligence officer who served nineteen years overseas. Giraldi is currently executive director of the Council for the National Interest.

New anti-boycott bill would be more extensive than previous legislation