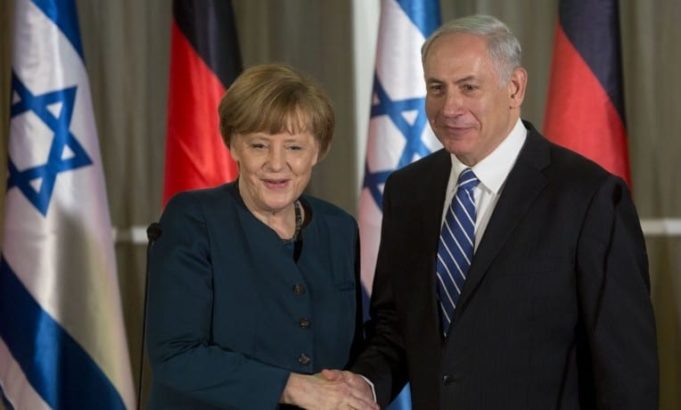 Angela Merkel and her ministers are the latest to endorse a new definition of antisemitism that focuses on Israel. This is the result of an ongoing international campaign to change the meaning of the word on behalf of Israel and to impede efforts on behalf of Palestinian human rights.

The Times of Israel:

BERLIN — The German government has given its backing to a new definition of anti-Semitism intended to inform the work of schools, police and courts. [The main component is the new definition is criticism of Israel and support for Palestinian rights; see link below.]

During its last Cabinet meeting before Sunday’s national election, Chancellor Angela Merkel and her ministers expressed their support for a definition of anti-Semitism that includes attacks against religious institutions, the state of Israel and non-Jews who are attacked for anti-Semitic reasons.

Officials say the decision has no immediate legal implications but is intended to send a signal “that the German government strongly supports the fight against anti-Semitism at all levels.”

The nationalist Alternative for Germany party, some of whose members have expressed anti-Semitic views, is expected to enter parliament Sunday.

In June 2016, the new international definition of anti-Semitism that mentions Israel hatred was adopted in part to replace a similar one scrapped by the European Union.

Robert Williams, a delegate of the United States at the International Holocaust Remembrance Alliance, or IHRA, then told JTA that his intergovernmental agency of 31 Western nations adopted its new definition of anti-Semitism partly as a response to the 2013 removal from the website of the EU’s anti-racism agency of a definition that also mentioned demonizing Israel as an example of anti-Semitism… Read full story.