You Are Here: Home → Gallup: ‘Americans aren’t as pro-Israel as we’ve been saying’ 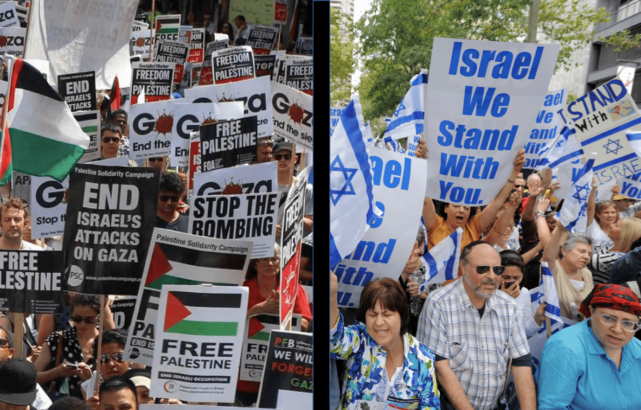 Gallup hasn’t been telling the truth about American support for Israel vs. Palestine

Gallup explains that its polling, which consistently shows high American sympathy for Israel, is the result of “priming” questions that influence respondents to falsely express pro-Israel leanings. Gallup buried this explosive admission.

by Grant Smith, reposted from AntiWar

[Editor’s note: Grans Smith reported in December 2018 that Gallup, the US government’s go-to for polling, is known to have falsified survey results for years, including in its measurement of support for Israel. Gallup’s poll results have declared “high and growing American sympathy for Israel,” while similarly and identically worded polls conducted by Pew Research and through Google Surveys revealed significantly lower numbers. Nevertheless, news outlets surveyed reveal that Gallup’s poll results are the most used.

“Gallup launches its annual results early each year under titillating headlines such as “Americans Remain Staunchly in Israel’s Corner” (2018 poll) and “Israel Maintains Positive Image in US” (2017 poll). Gallup’s polls are immediately splashed across newspapers such as the New York Times and the Jerusalem Post and have even been used by the Government Accountability Office as a proxy to assert that Americans support unconditional US foreign assistance to Israel, long the highest recipient of any foreign country.

“Many Israel lobby organizations and media outlets automatically recirculate Gallup polls in order to advance Israel’s public relations objectives. These include The Israel Project, the Jewish Telegraphic Agency, the American Jewish Committee, and pro-Israel scribes. Given the high value Gallup delivers to them through its impossibly inflated claims of American sympathy for Israel, it is reasonable to speculate that – consistent with its corporate culture – Gallup might have a long term contract or quid pro quo arrangement with one or more Israel lobby organizations, if not the Israeli government itself, conditioned on continually churning out highly positive results.

“Gallup leveraged its self-proclaimed acumen as “the most trusted name in polling” to issue just enough tantalizing polling data to keep US Mint contracts flowing. Gallup seems to be pursuing the [a strategy of providing same strategy with its longer running unverifiable polling on US sympathy for Israelis over Palestinians.”]

Pollster Gallup admitted on March 28 that three decades of polling data contain fundamental flaws “well beyond what we would attribute to normal sampling error.”

Gallup’s admission centers on its high-stakes question of whether Americans have greater sympathy for Israelis or for Palestinians. Gallup loudly trumpeted that Americans “increasingly sympathized with Israel in recent years.” U.S. based Israel affinity organizations and the Congressional Research Service long used Gallup sympathy polls to claim that most Americans support giving most of the US foreign aid budget to Israel.

Gallup attributes its sudden admission of error to “an analysis of [Gallup] World Affairs surveys and other surveys conducted at about the same time indicate this is not the case.”

Gallup’s reevaluation may have been triggered by more than its own polling and cited polling done by CNN and Pew Research. In both 2018 and 2019 IRmep paid to field Gallup’s precisely worded polling question through the highly accurate Google Surveys representative polling service. The analysis of results, published at Antiwar.com on March 13, 2019 and April 29, 2018, found that contrary to Gallup results the majority of Americans do not sympathize more with Israelis “in the Middle East situation.”

Gallup now claims its polling showing consistently high American sympathy for Israel is the result of including the question within multi-question surveys in which prior questions about world affairs influenced the response to subsequent questions. Gallup claims, “…the priming effect of asking country favorability appears to push people toward sympathizing with Israel rather than expressing no opinion (or not taking a side). The theory is that after respondents answer some questions on international affairs, they may become more focused on the topic and more comfortable expressing opinions (including weakly held ones) in response to subsequent questions on that same topic.”

Gallup claims it tested that theory and verified internally that the majority of Americans do not sympathize with Israel in an unpublished Gallup polling “experiment” conducted February 12-28.

Unfortunately for Gallup, its quiet admission raises more questions than it answers. Why is the organization admitting flawed polling only in a back-page web article with an overly technical title, “Survey Context Effects on Middle East Sympathies” sure to be ignored by polling stakeholders and the mainstream media? Why didn’t Gallup qualify its March 6 poll report, “Americans, but Not Liberal Democrats, Mostly Pro-Israel” reporting February 1-10 World Affairs results with a footnote that it may have reflected “weakly held” views, and offering its February 12-28 results? Why is Gallup still touting telephone-based survey results when online and smartphone polling is consistently providing more accurate results? Lastly, why should Americans trust Gallup, given its history of false claims to bilk US taxpayers through government contracting work?

Grant F. Smith is the director of the Institute for Research: Middle Eastern Policy in Washington and the author of the 2016 book, Big Israel: How Israel’s Lobby moves America which is now available as an audiobook. IRmep is co-sponsor of the annual Israel Lobby & American Policy Conference at the National Press Club.