You Are Here: Home → Florida’s anti-Semitism bill would go even further in blocking free speech 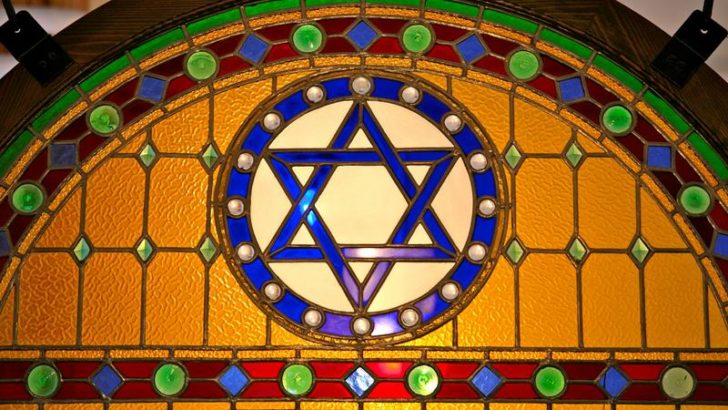 A Florida ‘hate crime’ bill with an expanded, Israel-centric definition of anti-Semitism and no mention of other religions, is working its way through House committees. The bill would criminalize criticisms of Israel.

Critics of a Florida House bill that aims to crack down on anti-Semitism say the legislation is too narrow because it fails to address other forms of xenophobia and hate crimes, and that it violates the First Amendment by criminalizing legitimate criticisms of the State of Israel.

[Editor’s note: This is the latest action in an international campaign to rewrite the definition of anti-Semitism and then use it to prevent criticism of Israel – see this.]

HB 741, which would specify that the term “religion” include anti-Semitism for purposes of the hate crime statute, among other things, passed unanimously in the Criminal Justice Subcommittee Tuesday morning.

Rep. Fine told members of the Criminal Justice Subcommittee that he filed the bill in response to a recent uptick in anti-Semitism. “As we have seen in recent weeks, unfortunately, anti-Semitism is alive and well in this country,” he said. “You can see it in the mainstreaming of certain language that’s been used in Washington D.C.” [Editor’s note: no one in Washington DC has been more demonized recently for alleged anti-Semitism than Rep. Ilhan Omar (D-MN) for her statements about AIPAC; however the accusations against her are based not on what she said, but on some listeners’ inaccurate interpretations; Omar’s statements were factual.]

“I’m not Jewish, but I stand here with Fine because it doesn’t take being Jewish to know what’s right and wrong,” Rep. Caruso added. “Anti-Semitism is a genocidal hatred that led to the death of over six million Jews, and it didn’t end with the Holocaust.”

Something new in this bill

The bill also cites what it calls “examples of anti-Semitism related to Israel,” which includes “blaming Israel for all inter-religious or political tensions” and “focusing peace or human rights investigations only on Israel” [emphasis added].

“In modern times, anti-Semitism is sometimes disguised as anti-Zionism, anti-Israel. But the two often overlap,” Tallahassee Rabbi Shneur Zalman Oirechman told lawmakers. “And while one can criticize any government, make no mistake, attempts to delegitimize Israel, the State of Israel, and calls that Jews do not have the right to self determination in their own land are anti-Semitism.” [Note: the right to self-determination, enshrined in the UN Charter, is being denied to Palestinians.]

Anyone listening in on Tuesday morning’s discussion might be under the impression that HB 741 has no opposition, but that’s not the case.

“We see this as very troublesome because it hinders our first amendment rights and also… it’s an inequitable bill that caters only to one of the multiple religious minorities that face discrimination on a regular basis in Florida,” said Wilfredo Ruiz, Communications Director for the Florida chapter of the Council on American-Islamic Relations (CAIR-Florida), the largest Muslim civil rights organization in the state.

Ruiz said anti-Semitism and the recent uptick in anti-Semitic incidents and crime in Florida are issues that do need to be addressed, but he’s concerned this bill ignores the xenophobia experienced by Muslims, Sikhs and other religious minorities.

And he said the bill deliberately conflates anti-Semitism with legitimate criticisms of the State of Israel.

“Criticizing Israel for inter religious tensions or political tensions is criminalised in this bill. Ordering an investigation of the State of Israel for human rights violation could be seen as a crime as well” [emphasis added], he said. “So to criminalize those first amendment protected expressions is a problem that this bill brings, convoluted with the legitimate purpose of protecting the Jewish community from anti-Semitism.”

Ruiz worries that in the current political climate people will be too scared of being labeled an anti-Semite to speak out against this proposal. And he thinks that climate was deliberately fostered. “They have convoluted on whole purpose because they know that people will feel apprehensive from criticizing this.”

The bill still has to make it through the Education and Judiciary Committees before it goes to the House floor for a full vote. The Senate companion bill, SB 1272, was filed by Sarasota Republican and Chairman of the Florida Republican Party Joe Gruters.