You Are Here: Home → Florida A&M campus newspaper: The relationship between African-American students and Israel 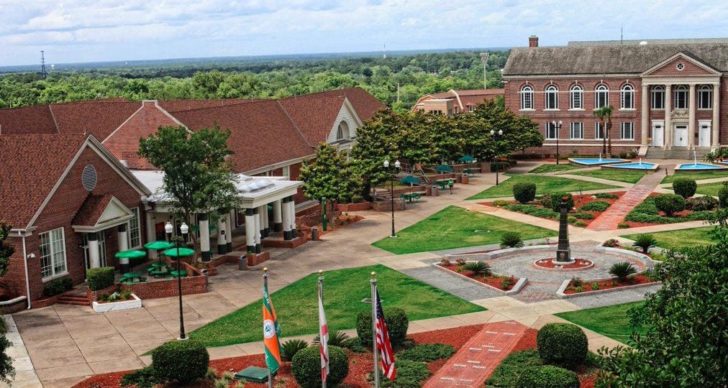 This article in the Florida A&M campus newspaper describes how AIPAC woos student leaders from historically black colleges and universities.

By Angelique Fullwood, reposted from The Famuan (photos and captions added.)

In Early July, the Israeli Parliament signed into law a “nation-state” bill that declares the right to self-determination exclusively to the Jewish people, establishes Hebrew as the official language and downgrades Arabic as a “special status” language. This legislation comes after over a hundred Palestinians were killed at the border wall in Gaza as Israeli and U.S leaders celebrated the embassy move to Jerusalem. For many activists around the world, this move serves as one of many examples of apartheid in Israel.

Apartheid. It’s the Afrikaans (colonizer) term for “separateness” used to describe a system of discrimination that permeated all facets of South African society. Laws prohibiting the free movement, education and self-determination of black South Africans. As apartheid in South Africa formally ended, President Nelson Mandela gave an address to the ANC about human rights violations against Palestinian people, stating, “We know too well that our freedom is incomplete without the freedom of the Palestinians.” While Nelson Mandela is revered by many, his message in support of Palestinians does not seem to reverberate at Historically Black Colleges and Universities in the United States.

While there has been a growing support of the Boycott, Divest, Sanctions (BDS) movement at numerous Universities across the nation, it has yet to catch on at HBCUs. In Tallahassee, small protests in support of the Palestinian people have taken place, but very few, if any, FAMU students participated.

This is a stark contrast to the student activism on FAMU’s campus during the ’90s when students and faculty spoke out against South African apartheid in large numbers. Even today as the Black Lives Matter movement and grassroots organizing activity grows popular amongst millennials, solidarity between black Americans and Palestinians is not as common at HBCUs as one would think.

In fact, there has been detailed reporting on how America’s largest lobby for the state of Israel, American Israel Public Affairs Committee, has strategically recruited student leaders from HBCUs over the years. In 2014, FAMU student Julian Coakley was named AIPAC’s student advocate of the year. Over the years, members of FAMU’s Student Government Association would take a free trip to attend the AIPAC conference, providing many students with their first trip to Washington, D.C. and allowing them to meet the nation’s political leaders, an opportunity that would naturally be very enticing to young black students.

FAMU alum Vincent Evans has visited D.C at least 10 times on AIPAC’s dime. He told Colorlines in an interview that he did not, at first, know anything about Israel and had no opinions on Middle East politics.

“You’re talking about a lot of students who grew up in a socio-economic place that does not give them these opportunities,” said Evans. “We met amazing people. I met Netanyahu. In 2007 or 2008 I met all the Democratic candidates for president. My dad cried when I met Obama. [AIPAC] opens your eyes to things you’ve never seen.”

A Howard University student and co-founder of #HUResist Jason Ajiake said that after members of the College of Arts and Sciences were fighting to divest from the state of Israel in 2008 and was rejected, the student body position on Israel and Palestine has been mixed.

“We have Israeli ambassadors that come to the campus often and speak about the loving relationship between Zionism and Black folk,” Ajiake said. “The university is very pro the state of Israel. People on campus are starting to wake up to what’s happening, especially with social media, I think that anti zionism narratives are more popular than they used to be and getting more popular every day, but still students are mixed. I kind of expect for HBCU students specifically, but black students everywhere to take on that battle in addition to everything else that we do.”

Ajiake traveled to Palestine over spring break for 10 days as a part of a program called Diaspora Dialogues. He and others stayed in the West Bank, speaking with Palestinian families and witnessed the conditions of Palestinian life such as an Israeli prison and areas where Palestinian homes were destroyed, and families were displaced. While visiting a refugee camp, Ajiake and his cohort caught the attention of young Palestinian boys because “American tourists don’t usually visit Palestine, Americans typically visit Israel.”  After the young boys asked the group’s intent, they had a discussion on “shared struggles.”

“They were learning in school that Black people in the U.S face very similar struggles and that the U.S is also occupied territory,” Ajiake said. “We had some indigenous Americans with us also, so they talked about their struggles.”

Even black students at Predominantly White Institutions have been drawn to AIPAC conferences. Across the tracks, a former Florida State University SGA vice president said he and others in his administration attended the AIPAC conference but admitted that he “didn’t know what it was about,” but it was his first time visiting the nation’s capital and gave him access to people he wouldn’t normally have access to.

“The messaging throughout the whole conference was about how America should be doing more for Israel,” he said. “Knowing what I know now, I wouldn’t do it again.”

Currently FAMU has a small Students for Justice for Palestine chapter, but many students are still receiving scholarships and trips to D.C from AIPAC, while a majority remain uninformed or uninterested.

As more students find themselves becoming more politically informed or active, they should feel compelled to take principled stances on political struggles happening around the world. As the Rev. Dr. Martin Luther King, Jr. famously said, “Injustice anywhere, is a threat to justice everywhere.”

One of the two focuses of the jewish Anti-Defamation League (ADL) is advocating for Israel. The ADL recently announced a new project: “ADL’s Black-Jewish Alliance will help fight racisim and anti-semitism.” The ADL has a specific initiative targeting students.