You Are Here: Home → Family of quadriplegic boy paralyzed by Israel sues for damages

Family of quadriplegic boy paralyzed by Israel sues for damages 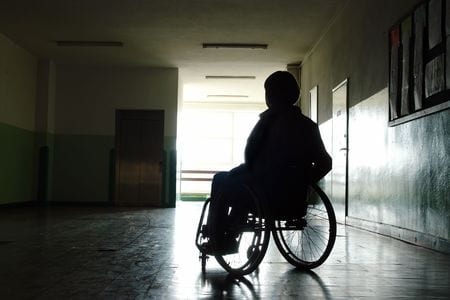 On his 15th birthday, Atiya Nabahin was shot in the neck by Israeli soldiers while he was on his way home from school. That was in November 2014, less than three months into the ceasefire that ended Israel’s bombing campaign against Gaza during the summer of that year.

At the time Atiya was shot, there were no so-called “clashes” occurring at the boundary between Gaza and present-day Israel. The Israeli soldiers opened fire across the boundary at the young teen.

After spending six months at an Israeli hospital, at the expense of the Palestinian Authority, doctors admitted Atiya was permanently paralyzed in all four of his limbs. He would be dependent on others for the rest of his life.

Now his family is seeking damages from the Israeli army…