You Are Here: Home → James Baker warns Trump against being “Israel’s Lawyer” 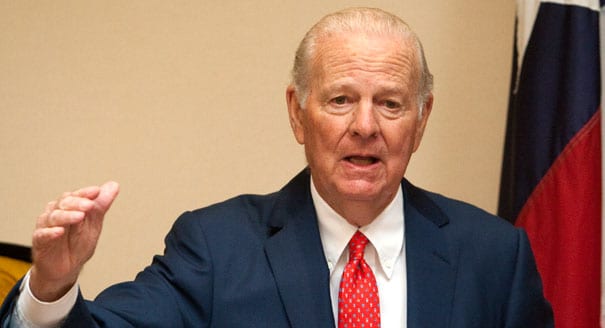 Ha’aretz reports: “Former U.S. Secretary of State James Baker, one of the leading Republican figures in foreign policy in the past few decades, cautioned U.S. President Donald Trump on Monday against acting as ‘Israel’s lawyer,’ and reiterated his longstanding objections to Israeli settlement construction.”

In an interview with Politico, Baker said, “I did take note in the campaign where President Trump said he wanted to be the president who solved the Arab-Israeli dispute.”

“Now, with respect to settlements particularly, the reason every administration, Republican or Democrat, has opposed settlements since 1967—since the beginning of Israel—is because that forecloses the possibility of negotiating a peace on a basis for land for peace.”

“Because you’re creating facts on the ground that prevent that from happening. And in effect, if you don’t have that UN Resolution 242 and 338 approach, land for peace, then I don’t know how you get there.”

“So I think the two-state solution is very much in the interest of Israel and the future of Israel. That’s what every American leader has thought for a long, long time. Now, that may be changing. That’s certainly changing as far as, I think, the view of the current Israeli government is concerned, “Baker said.