You Are Here: Home → Easter question: Is this what Christ died for?

Easter question: Is this what Christ died for? 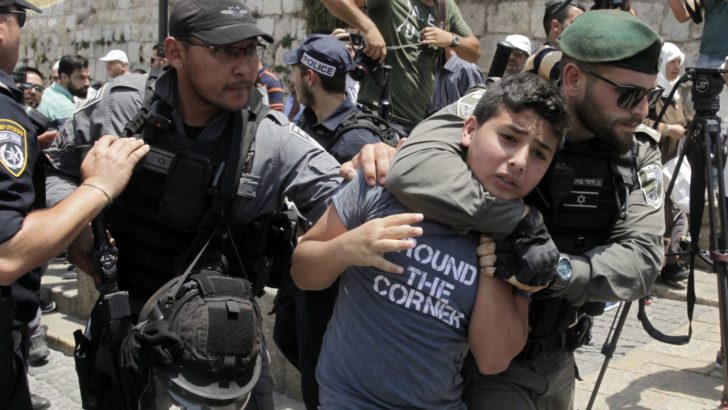 The place where Christianity was born is defiled by a brutal and illegal military occupation that has gone unpunished for 70 years and turned a beautiful and very special historic region, precious to three religions, into a swamp of racial hatred resulting in unspeakable crimes against the native Arab population…

The “usual suspects’ have again tried to destabilise Jeremy Corbyn’s leadership of the UK Labour Party and damage his prospects of becoming prime minister by firing another anti-Semitism broadside.

They are the Board of Deputies of British Jews (BDBJ), the Jewish Leadership Council (JLC), members of various Friends of Israel and assorted Israel lobby dogsbodies and flag wavers, including Tony Blair.

The opening shot was a letter from the BDBJ to the chair of the Parliamentary Labour Party, saying: “Today, leaders of British Jewry tell Jeremy Corbyn that enough is enough. We have had enough of hearing that Jeremy Corbyn “opposes anti-Semitism”, whilst the mainstream majority of British Jews, and their concerns, are ignored by him and those he leads.”

The idea that it’s OK to support Israeli terror and occupation but not OK to talk with those who resist it, is preposterous and Corbyn needs to rub their noses in it.

It went on to complain that there was “repeated institutional failure to properly address Jewish concerns and to tackle anti-Semitism”, and concluded that Corbyn issues empty statements about opposing anti-Semitism and cannot seriously deal with it because “he is so ideologically fixed within a far-left worldview that is instinctively hostile to mainstream Jewish communities”.

The insults continued with this gem: “Hezbollah commits terrorist atrocities against Jews, but Corbyn calls them his friends and attends pro-Hezbollah rallies in London. Exactly the same goes for Hamas.”

Has the BDBJ forgotten why Hezbollah and Hamas were founded in the first place? The idea that it’s OK to support Israeli terror and occupation but not OK to talk with those who resist it, is preposterous and Corbyn needs to rub their noses in it. Moreover, Israel’s values are not necessarily ours, and their sworn enemies are certainly not ours.

Corbyn is also accused of being “repeatedly found alongside people with blatantly anti-Semitic views, but claims never to hear or read them”. The letter ends with the suggestion that Corbyn is part of “a conspiratorial worldview in which mainstream Jewish communities are believed to be a hostile entity, a class enemy”.

Corbyn sent an apology in which he was sincerely sorry for the pain caused by “pockets of anti-Semitism” in the Labour Party. But, he reasoned, “criticism of Israel, particularly in relation to the continuing dispossession of the Palestinian people, cannot be avoided”.

Back came BDBJ president Jonathan Arkush and JLC Chairman Jonathan Goldstein with a statement saying that after almost three years of Corbyn’s leadership “words are no longer enough – now we need action. The Labour Party must finally demonstrate that it has the genuine will and determination to act effectively against the hate in its membership. We will not be silent and we will continue to hold it to account.”

Who are the Israel lobby? And should we listen?

This attack on Corbyn and the Labour left in the run-up to Easter is a reminder of the deep racism and the religious war being waged in the Holy Land.

The place where Christianity was born is defiled by a brutal and illegal military occupation that has gone unpunished for 70 years and turned a beautiful and very special historic region, precious to three religions, into a swamp of racial hatred resulting in unspeakable crimes against the native Arab population hundreds of thousands of whom have been cruelly dispossessed of their homes and lands and forced to flee.

The Israel Project was a Zionist political initiative of the late 1800s given a huge boost by the murky scheming behind the Balfour Declaration of 1917, actually drafted by Zionist Leopold Amery. It caused Lord Sydenham to remark: “What we have done is, by concessions, not to the Jewish people but to a Zionist extreme section, to start a running sore in the East, and no one can tell how far that sore will extend.”

Well, now we know. And it suits the Israel lobby to confuse the issue by conflating anti-Zionist views with anti-Semitism.

The Israel lobby insists Israel is not an “apartheid state”. But this puts it at odds with a recent United Nations report and the facts on the ground. The lobby is also furious about the success of BDS (Boycott, Divestment and Sanctions), the non-violent movement by civil society as a result of the international community’s failure to act. It aims to persuade Israel to comply with international law and UN resolutions, recognise the right of the Palestinian people to self-determination and end its occupation and colonisation of their lands.

Theresa May warns she’ll “have no truck” with people who support BDS. But 200 legal scholars and practising lawyers have pointed out that it is a lawful exercise of freedom of expression and outlawing it undermines a basic human right protected by international convention.

Who are the Israel lobby anyway? Essentially the Friends of Israel groups that are allowed to flourish within our political parties (except the SNP, which has resisted pressure to let them in), backed by the BDBJ and the JLC who claim to speak for the Jewish community. This is a noisy coalition that certainly isn’t supported by all Jews. A growing number of Jewish organisations are highly critical of the Israeli state and its policies. Not all Jews are Zionists – and not all Zionists are Jews; indeed a very large number are Christians, especially in the US.

Discontent about the conduct of the Jewish State and its military is spreading even among Israelis. At the Labour Party conference last year Miko Peled told activists that Israel is “terrified” of Jeremy Corbyn becoming British prime minister. He said:

The reason anti-Semitism is used is because they [the Israelis] have no argument, there is nothing to say. How can a call for justice and tolerance be conflated with anti-Semitism? I don’t know if they realise this but they are pitting Judaism against everything good and just.

Peled is an Israeli Jew, the son of an Israeli general, and a former soldier in the Israeli army. 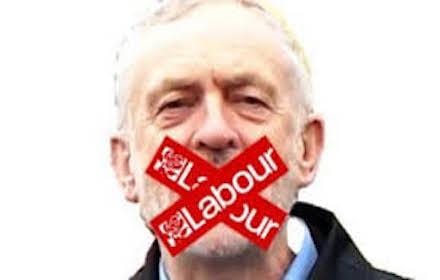 I’d be more impressed with Corbyn if he turned on his tormentors and told them straight: “You yourselves need to condemn the horrendous crimes committed by the Israeli regime against the Palestinians, and urge the Jewish State to end its occupation, recognise Palestinian independence, restore the refugees to their homes (or provide compensation), and issue a fulsome apology for past wrongs. That’s when I will begin to listen to you.”

I’m also waiting for him to demand an explanation for the Israelis’ anti-Semitism. It turns out, or so we’re told, that the true Semites are the Arabs, and most Israelis are Ashkenazi coverts with no ancestral links to the Holy Land at all.

That’s not all. The Israel lobby might like to reflect on the desperate cry for help from over 30 Christian organisations in occupied Palestine to the World Council of Churches (WCC) and the ecumenical movement recently. They had issued a similar heart-wrenching plea 10 years earlier. Their message now is stark:

Things are beyond urgent. We are on the verge of a catastrophic collapse. The current status-quo is unsustainable. This could be our last chance to achieve a just peace. As a Palestinian Christian community, this could be our last opportunity to save the Christian presence in this land… We need brave women and men who are willing to stand in the forefront. This is no time for shallow diplomacy…

But shallow diplomacy is all they get still. The response from the WCC, which represents 500 million Christians in more than 110 countries, has been heavily muted or non-existent. Feeble leadership means that Western Christendom could soon say goodbye forever to the wellspring of their faith, Jerusalem, which is being stolen from under their noses. Do they care? Apparently not.

The Israel lobby is no doubt celebrating.

The illegal occupier also restricts access to Islam’s third most holy place, the Al-Aqsa Mosque in Jerusalem. Do Muslim rulers care? They are so divided they cannot mobilise effectively to deal with it.

As someone who has witnessed the racial abuse of Palestinian Arabs (Christian and Muslim) and seen how their homeland – the Holy Land – has been made a living hell, I’d love to know what the 500 million Christians and 1.8 billion Muslims in this world are going to do about it.