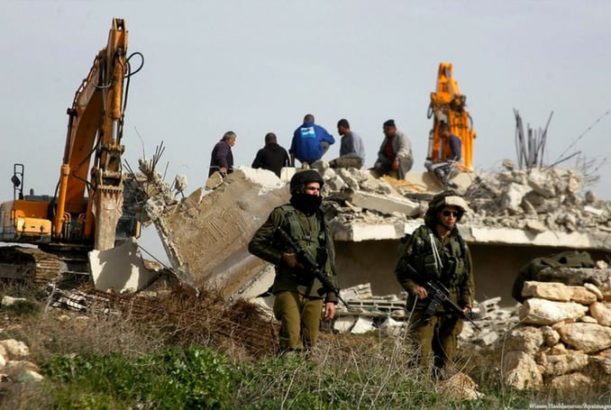 Canadian Jewish Federations are hardly the apolitical charity organizations they pretend to be: pouring millions into Israel, indoctrinating students, shunning pro-Palestinian positions of any kind, and petitioning for Canada to bring Africans that Israel is trying to expel. It’s time to put pressure on the Canadian government to recognize what is going on and hold CJA accountable.

By Yves Engler, The Palestine Chronicle

Is it a charity or political fundraiser for a right-wing foreign government?

People need to take a look at Canada’s Jewish Federations.

In a recent letter to the Canadian Jewish News Morris Sosnovitch asked why UJA Toronto gives a quarter of its budget to a country with a $360 billion national budget. All Canadian taxpayers should ask why tax deductions are given for the $13.7 million UJA Toronto, $3.8 million CJA Montréal, $1.2 million CJA Vancouver, etc. donated last year to Israel, among the world’s 25 wealthiest countries, run for the past decade by one of the most right wing, openly racist governments in the world. The Jewish Federations also oversee the United Israel Appeal Federations Canada. In 2016 that registered charity raised $80 million.

Beyond annual allotments, the Federations have repeatedly topped up their annual donations to Israel. In a particularly disturbing comment on Israel’s supporters, aggression has been good for fundraising. In support of the IDF killing 2,200 Palestinians in Gaza in the summer of 2014, UJA Toronto launched an emergency appeal. Led by Fred Waks, the staunch advocate of late billionaires Bernie and Honey Sherman, the special appeal raised over $5.6 million.

Alongside its fundraising support, UJA Toronto has organized an annual Walk with Israel for 46 years. Additionally, UJA Toronto cosponsored a celebration of Israel’s 2014 military onslaught on Gaza under the title “We Will Not be Silent: A March Against Global Anti-Semitism.” The Times of Israel reported: “The purpose of the march was passionately summed up in Bill Glied’s closing remarks: ‘Thank God for the IDF. Thank God for Israel. And remember together we must stand. Never again!’”

The cross-country UJAs are the source of most Centre for Israel and Jewish Affairs’ funding. While it refuses to reveal details, CIJA’s budget is between $8 and $11 million a year. To get a sense of its politics, CIJA backed moving the US Embassy to Jerusalem, getting rid of the Iran nuclear accord and Israel’s 2014 assault on Gaza. Recently CIJA called on Canadian Jews to write the government to request Canada take more Eritrean, Sudanese and other African refugees that Israel is seeking to expel. Apparently, CIJA wants an as ‘Jewish and white as possible’ state in the Middle East but supports multiculturalism in Canada.

The CJAs also fund a variety of other pro-Israel institutions. The Federations give millions of dollars every year to campus Hillels, which refuse to associate with Jews (or others) who “delegitimize, demonize, or apply a double standard to Israel; support boycott of, divestment from, or sanctions against the state of Israel.”

The Federations also provide millions of dollars to Jewish day schools that promote the Israeli nationalist narrative. A March Canadian Jewish News cover story titled “What to teach Jewish students about Israel?” detailed the growing importance given to classes on Israel at Jewish day schools. While students have long been “taught from a young age to see Israel as the land of milk and honey”, in recent years Jewish day schools have ramped up their indoctrination in reaction to “anti-Israel student groups on campuses throughout North America.”

One of the five “Faces of Success” in a CJA booklet promoting Montréal Jewish schools is a man named Oliver Moore, a graduate of McGill Law who works with the notoriously right wing NGO Monitor in Jerusalem. Moore is quoted stating: “My experience attending Jewish high school imprinted me with a Zionist ethic and a profound appreciation for Israel’s importance. It troubles me that Israel is under constant political threat and that its legitimacy is questioned. What I find especially disturbing is that the language of human rights has been distorted to dispute its right to exist. That is why I’ve decided to go to Israel and examine this issue in depth, and when I return to Canada, to contribute to Israel advocacy.”

Simultaneously, the Federations suppress Jewish advocates of Palestinian rights. They largely refuse to let Independent Jewish Voices book rooms at Federation community centres. In 2009 CJA canceled an IJV room rental at the Gelber Conference Centre in Montréal for a talk by Israeli peace activist Jeff Halper, founder of the Israeli Committee Against House Demolitions. The Jewish Community Centre of Ottawa openly refuses to rent space to IJV because it “advocates for positions that run counter to the objectives of the Jewish Federation of Ottawa.” In 2011 UJA Toronto threatened to “sever ties” with the Morris Winchevsky Centre over a United Jewish Peoples’ Order talk by Auschwitz survivor Dr. Hajo Meyer titled “Never Again for Anyone”.

Incredibly, there has been little public criticism of UJA’s anti-Palestinianism. Despite delivering tens of millions of dollars a year to Israel and spending a comparable sum on Israel advocacy in Canada, the organization presents itself as an apolitical “charity”.

It’s past time to bring some pressure to bear on these morally odious institutions. Taxpayers should tell political leaders they don’t want to subsidize a wealthy country in the Middle East and the Canada Revenue Agency should be pushed to investigate whether Federation funding to CIJA and other politically engaged organizations contravene their rules about charities spending no more than 10% of their budget on politics.

It’s time for those who care about peace and international justice to treat the Federations the same way they treat Palestinians.

Yves Engler is the author of Canada and Israel: Building Apartheid and a number of other books. He contributed this article to PalestineChronicle.com. Visit his website: yvesengler.com.