You Are Here: Home → A different take on David Friedman, Trump’s new ambassador to Israel 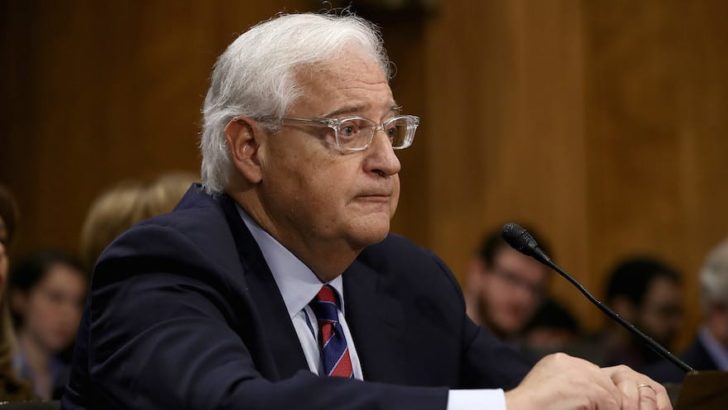 Israeli news site Ynet has run an op-ed that has a different take on Donald Trump’s new ambassador to Israel, David Friedman:

I knew that Friedman was right-wing, I just didn’t know how far he had gone: The things he said sounded like the political doctrine of the Beit El settlers—against two states for two people, against a compromise, against an agreement; one state between the Jordan River and the Mediterranean Sea; an annexation of the West Bank; a united Jerusalem serving as Israel’s eternal capital. He didn’t see it as an apartheid and didn’t think that the occupation was an injustice, but rather a historical rectification…

The Jewish communities in the US, which have a liberal majority, were shocked by his nomination. They signed petitions against him and argued that his appointment would be a disaster. And then came the changeover, and no one can tell if he sobered up or if he was just putting on an act: Friedman sat in the Senate hearing and renounced everything he had said in the past. Suddenly, he was in favor of the two-state solution, apologized for insulting J Street people and sounded as moderate as a Peace Now activist.

Some may call him an opportunist. I actually see him as a pragmatist, a person capable of being flexible, which is why he is the right person at the right time. If he, the settlers’ own flesh and blood, is capable of changing direction, his words will carry more weight when he comes to the settlements and says that they have to give up because there is no other solution apart from two states.

Trump loudly announced that he was going to bring peace, and began making it clear to Israel a bit more quietly that the settlement party was over. From now on, Friedman will be his mouthpiece, and there is no better person to bring the news to the settlers, as he is one of them. If he has undergone a dramatic change, he may succeed in changing some of them, too. Suddenly, his appointment seems like a brilliant idea.