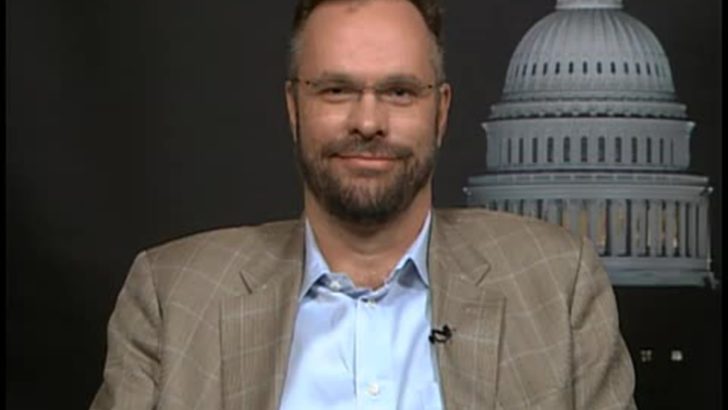 The Trump administration’s growing use of military force in Syria, Iraq, and Yemen has neoconservative hawks rooting for armed confrontation with what they view as the root of all evil in the Middle East: Iran.

Many of these armchair warriors recently cheered President Trump’s decision to take on the Assad regime — and Moscow — by firing 59 Tomahawk cruise missile at a Syrian air base alleged to be the source of a chemical weapons attack. But they urged him to do more.

Weekly Standard editor William Kristol tweeted, “Punishing Assad for use of chemical weapons is good. Regime change in Iran is the prize.”

Kristol co-founded the infamous Project on the New American Century in 1997 to promote American “global hegemony” and “challenge regimes hostile to our interests and values.” It began lobbying for the overthrow of Saddam Hussein as early as 1998, but always kept Iran in its sights as well.

With Saddam dead and Syria’s Assad stripped of much of his power, Iran is now at the center of neocon crosshairs. Kristol linked his recent tweet to a Washington Post column by two stalwart advocates of ousting the mullahs in Tehran: Reuel Gerecht and Ray Takeyh.

Titled “How Trump Can Help Cripple the Iranian Regime,” their article called for putting the nuclear arms deal with Iran at risk in order to “stoke the volcano under Tehran and to challenge the regime.” The centerpiece of their bizarre argument was that the Iranian people would gratefully welcome the United States imposing “crippling sanctions” to destroy their economy in the name of “human rights.”

The authors were vague as to the details, but suggested that Iran’s ruling clerics would quickly succumb to a “popular rebellion” by “Iranian dissidents,” particularly if the United States sent “more American troops [to] both Syria and Iraq” to reinforce its message.

Gerecht, a died-in-the-wool neocon, was a former director of the Project for a New American Century’s Middle East Initiative. In 2001, he wrote, “Only a war against Saddam Hussein will decisively restore the awe that protects American interests abroad and citizens at home.”

In 2002, he further touted a U.S. invasion of Iraq as a way to “provoke riots in Iran — simultaneous uprisings in major cities that would simply be beyond the scope of regime-loyal specialized riot-control units.” Instead, the subsequent U.S. invasion backfired by putting a pro-Iran regime into power in Baghdad.

Iran in the Crosshairs

Today Gerecht is a senior fellow at the Foundation for Defense of Democracies, a neocon think tank dedicated to waging war against “militant Islam,” with a focus on Iran. Heavily funded by gambling magnate Sheldon Adelson, the Foundation was originally created to promote the agenda of hardline Israeli hawks.

The Foundation fought bitterly against the Iran nuclear deal, lest it open the door to a rapprochement between Washington and Tehran. Gerecht in particular demanded that the United States attack Iran rather than pursue diplomacy. “I’ve written about 25,000 words about bombing Iran,” he boasted in 2010. “Even my mom thinks I’ve gone too far.”

Gerecht’s side-kick, Ray Tayekh, is a senior fellow at the Council on Foreign Relations and was (briefly) an Iran adviser to Dennis Ross in Hillary Clinton’s State Department. A fierce critic of the nuclear deal, Tayekh joined the Iran Task Force of the right-wing Jewish Institute for National Security Affairs, which considers itself “the most influential group on the issue of U.S.-Israel military relations.” Tayekh has advocated covert support to Iranian dissidents, as well as to “Kurdish, Baluch, Arab, and other opposition groups fighting the regime.”

Regime change in Iran is the open goal of Prime Minister Netanyahu and other Israeli rightists. That’s why they consistently rejected findings by Israel’s intelligence community about the benefits to Israel’s security from the nuclear deal with Iran. By stoking opposition to the deal among their supporters in Congress, they aimed to kill any chance of cooperation between the United States and Iran.

Sen. Tom Cotton, R-Arkansas, said candidly, “the goal of our policy must be clear: regime change in Iran.”

Today the hardline Israeli/neocon agenda is still being pursued by hawks in Congress, who have introduced bills in both houses to ratchet up economic sanctions against Iran and designate a major branch of the country’s armed forces as a terrorist organization. If enacted — against the wishes of other signatories to the Iran nuclear deal — such measures could put the United States and Iran on a war footing.

President Trump is unlikely to stand in their way. Ignoring the role of major Arab states in supporting such terrorist groups as al-Qaeda and ISIS, Trump named Iran “the number one terrorist state” and warned during his campaign that if Iranian patrol boats in the Persian Gulf continue to “make gestures that our people — that they shouldn’t be allowed to make, they will be shot out of the water.”

Trump has surrounded himself with anti-Iran hardliners who may be only too eager to give war a chance. His first national security adviser, retired Lt. Gen. Michael Flynn, co-authored a 2016 book with Michael Ledeen, a confidant of Israeli hawks and colleague of Gerecht at the Foundation for Defense of Democracy, on “How We Can Win the Global War Against Radical Islam and Its Allies.” Iran, of course, was their enemy number one.

Even with Flynn’s ouster, plenty of hawks remain. In recent congressional testimony, Army Gen. Joseph Votel, Commander of the U.S. Central Command, called Iran “the greatest long-term threat to stability” in the Middle East. He declared, “We need to look at opportunities where we can disrupt [Iran] through military means or other means their activities.”

Defense Secretary General James Mattis told a conference at the conservative Center for Strategic and International Studies in Washington last year, “Iran is not a nation-state; it’s a revolutionary cause devoted to mayhem.” The New York Times reported that Mattis “was so hawkish on Iran as head of United States Central Command from 2010 to 2013 that the Obama administration cut short his tour.”

Mattis reportedly came close to ordering an act of war against Iran in early February — the boarding of an Iranian ship to look for weapons headed for Houthi rebels in Yemen. Such an incident could escalate rapidly out of control if Iran chose to retaliate against U.S. vessels in the Persian Gulf.

The United States has better policy options than continuing to treat Iran as part of the Axis of Evil. A report issued last fall by the National Iranian American Council recommended that Washington build on the success of the Iran nuclear deal by drawing Iran into regional peace settlements, deescalating our military presence in the Persian Gulf, and encouraging Iran and Saudi Arabia to resolve their differences without superpower intervention.

The report echoed the advice of a prominent neocon heretic, Zalmay Khalilzad, former U.S. ambassador to both Afghanistan and Iraq.

“As someone who has negotiated with Iran over the years perhaps more than any other U.S. diplomat,” he observed last year, “I disagree with those who argue that talks with Iran are akin to capitulation. I have seen little evidence that isolation has or will alter Tehran’s behavior in the right direction. Nor do I share the view that it is impossible to negotiate win-win deals with the Iranians.”The report echoed the advice of a prominent neocon heretic, Zalmay Khalilzad, former U.S. ambassador to both Afghanistan and Iraq.

Noting Iran’s cooperation with the United States against Al Qaeda after 9/11, and its help brokering political compromises in Afghanistan and Iraq until the Bush administration refused further engagement, Khalilzad wrote, “Under the right conditions, which must include a hard-headed approach and tough actions to check Iran’s ambitions, Washington can benefit from bringing Iran into multilateral forums where the United States and its partners have the opportunity to narrow differences, create rules of the road and solve problems. Moreover, today we have little choice but to engage Iran on these broader issues, because no factor is shaping the order of the Middle East as much as the rivalry between Iran and its Sunni Arab neighbors.”

“If we do not undertake this work,” he warned, “the problems of the region — extremism, terrorism and regional conflict — will continue to bleed over into our part of the world, particularly if the Westphalian state system disintegrates even further into sectarian morass.”

Jonathan Marshall is author of “Neocons Want ‘Regime Change’ in Iran,” and “Escalating the Anti-Iran Propaganda,” for ConsortiumNews.com.