You Are Here: Home → Congress’s “Never Again Education Act” should call for ‘never again’ against anyone, including Palestinians

Congress’s “Never Again Education Act” should call for ‘never again’ against anyone, including Palestinians 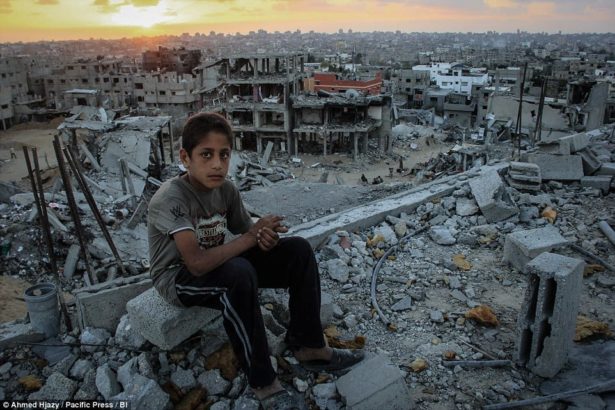 A new bill entitled “The Never Again Education Act” is reportedly about to be introduced in the U.S. House of Representatives. According to JTA and other reports, the legislation will fund Holocaust education programs in schools. JTA reports:

A bipartisan slate of House members is set to introduce a bill that would grant money to Holocaust education in schools.

The Never Again Education Act would establish the Holocaust Education Assistance Program Fund in the U.S. Treasury. A 12-member board would disburse the money to schools.

A draft of the bill, which is to be introduced Tuesday in the U.S. House of Representatives, says the fund would be privately funded.

Rep. Carolyn Maloney, D-N.Y., is the lead sponsor of the measure.

The bill would also create a website that would include Holocaust education resources.

Maloney will launch the bill on Tuesday at the Olga Lengyel Institute for Holocaust Studies and Human Rights in New York City, accompanied by representatives of Hadassah, B’nai B’rith International and the Association of Holocaust Organizations. The Anti-Defamation League endorsed the bill.

A draft of the bill is not yet available, so we don’t yet know what it contains.

I hope the new law will fund full and accurate educational programs about all holocausts that have occurred throughout human history – slavery, past and ongoing genocides aimed at diverse populations, the ethnic cleansing of Palestinians, and many other cases of violence and cruelty around the world.

A case of oppression that has gone on for almost 70 years is acutely visible right now in Gaza.

Thousands of men, women, and children are participating in a massive “March of Return” against the theft of their homes, their virtual imprisonment in Gaza, and the periodic onslaughts against them by Israeli forces.

Israeli soldiers with “shoot to kill” orders against these unarmed marchers have shot hundreds of the demonstrators, some in the head and many in the back, including women, children, journalists, and medics.

I believe that “never again” should apply to everyone, everywhere.

I suggest that people phone their Congressional representative (202-224-3121) and say that H.R.5460 should address all instances of oppression, not just one that, thankfully, ended almost three-quarters of a century ago.

Congress has voted to give Israel over $10 million per day. Our representatives are responsible for how Israel is using this money.

This article has been updated. The bill is H.R.5460. More information is here.